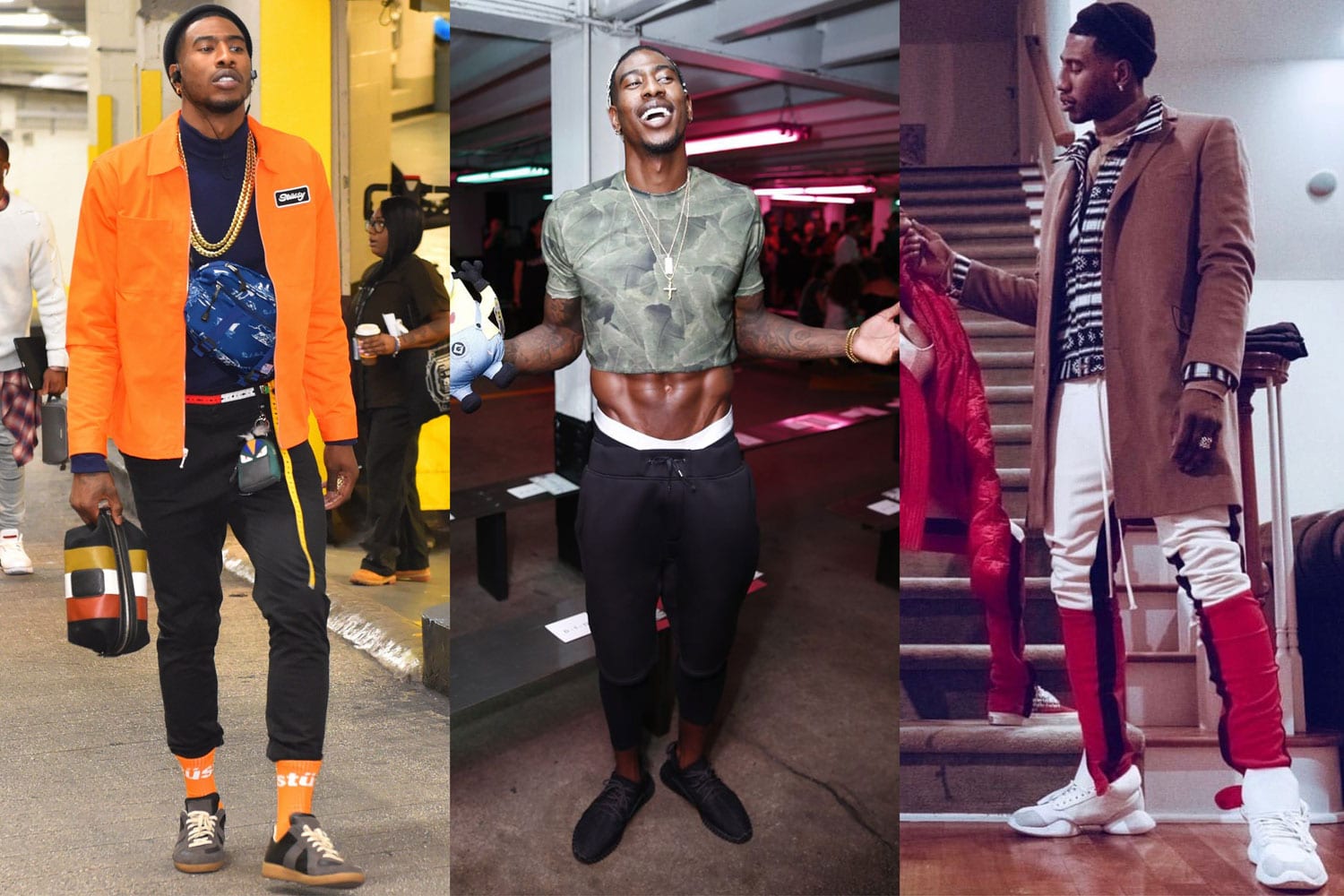 Twenty-eight-year-old Sacramento King, Iman Shumpert is one of the NBA’s top fashion daredevils. He never seizes the opportunity to make a fashion statement, whether it’s by mixing bold colors and fabrics, crazy silhouettes or rocking a crop top, Shump’s looks are never dull. 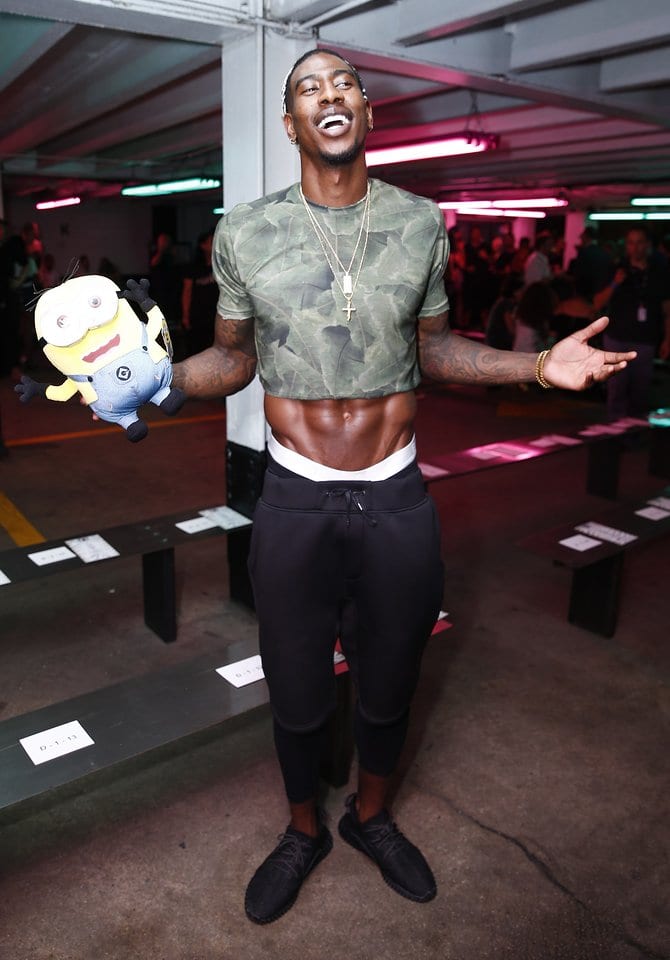 Shumpert turned many heads while showing off his abs in this leaf-print, short sleeved crop-top. Back in the nineties, it was actually pretty common for men to wear cropped tops, but these days the clothing item is mostly associated with women. The Shump, however, doesn’t let himself be limited by gender norms and wears whatever he likes. In an interview with complex, Shumpert simply stated, “People with no abs are not gonna understand a man with a crop top”. 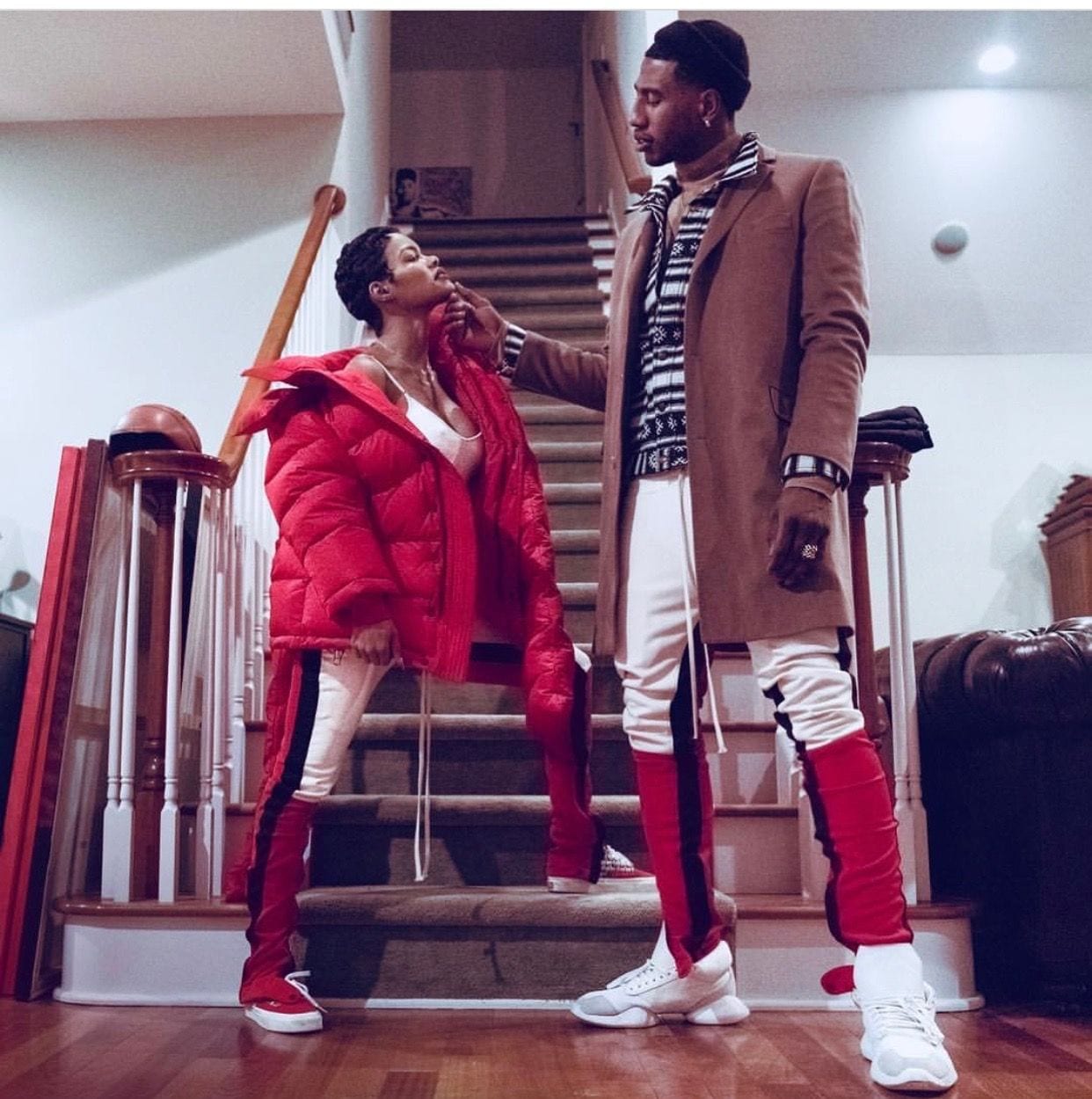 One of the keys to Iman’s fashion success is his loving wife, dancer, and model, Teyana Taylor. Their co-ordinated looks are always on point, whether they’re attending fashion week, a red carpet event or an NBA game. Before heading out, the couple took this great shot of their matching red, black and white looks for the evening. Whereas Teyana went for a statement oversized puffer jacket, Shumpert toned the look down with a classic tailored wool coat. 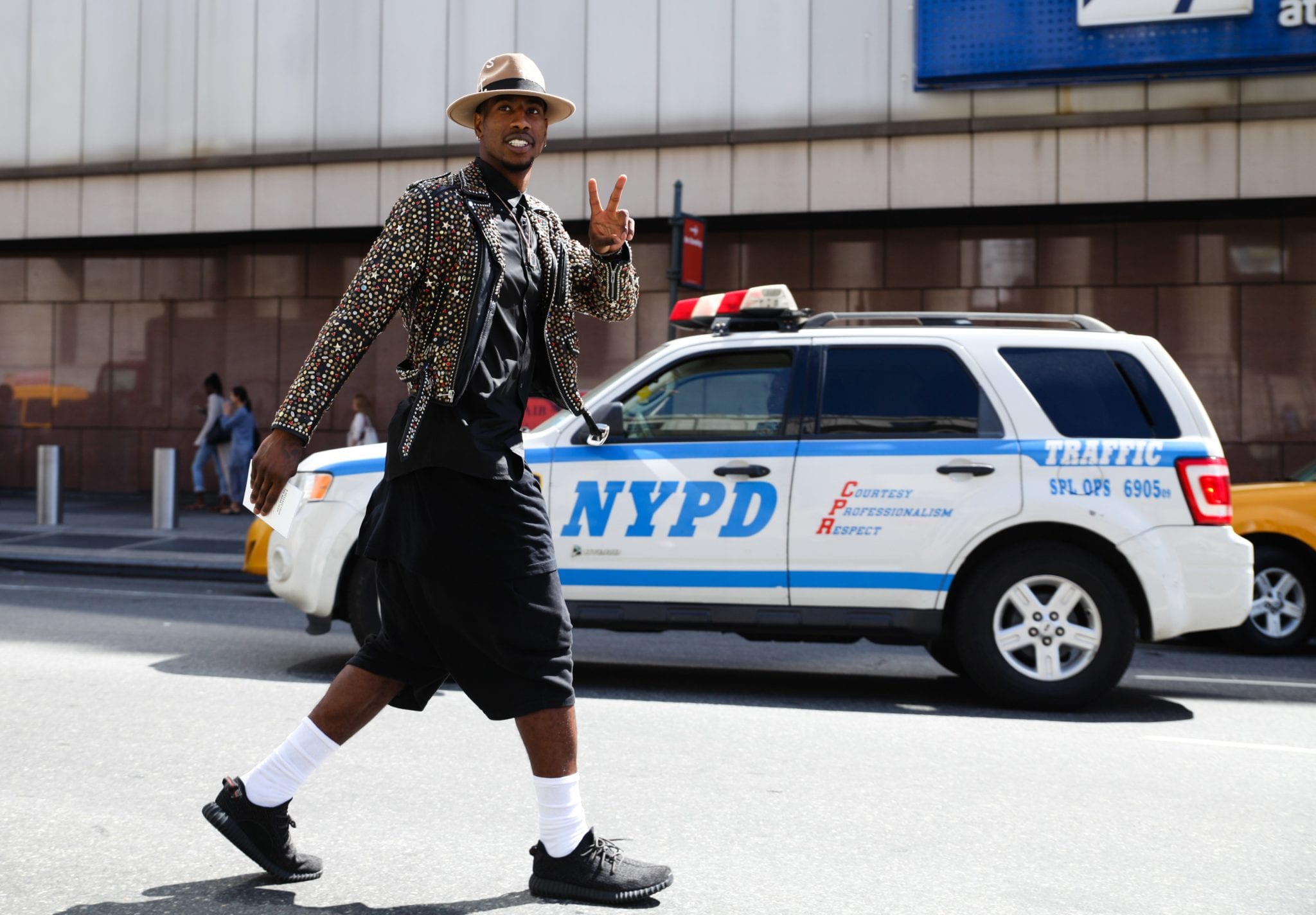 You can’t attend a Jeremy Scott show without adding a little bit of sparkle to your look and Shumpert was definitely dressed for the occasion with his bedazzled statement leather jacket. Other than that the look was pretty straightforward with multiple layers of black and a pair of basketball kicks, topped off with a tan fedora, highlighting the gold studs featured on the jacket. 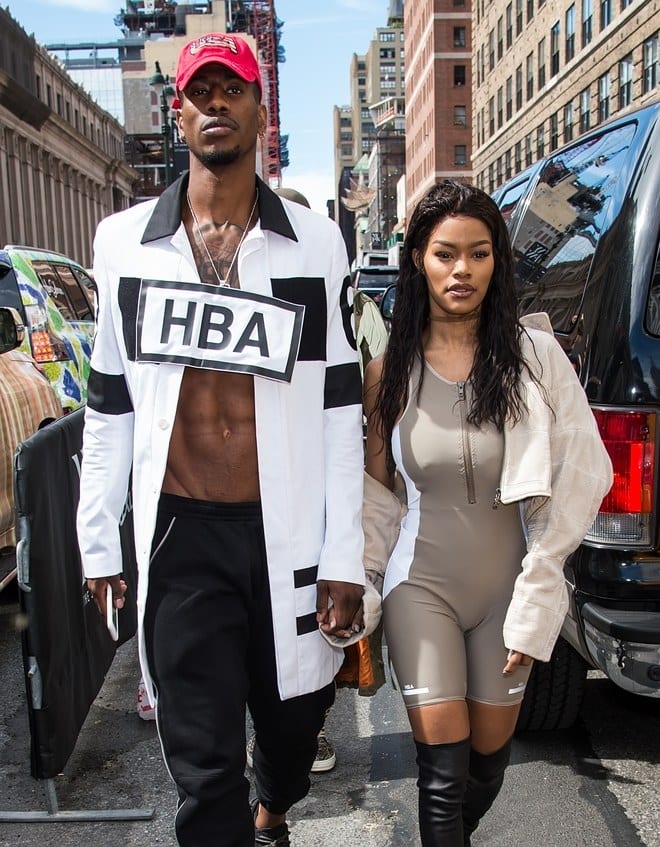 Shumpert’s toned torso made another appearance while attending the Hood By Air (HBA) show, underneath a monochromatic trench by the brand. In contrast to the tailored coat, Shump wore it with a pair of black track pants and Yeezy sneakers, finished off with a red cap adding a pop of color. His wife also joined him in a matching HBA tracksuit look. 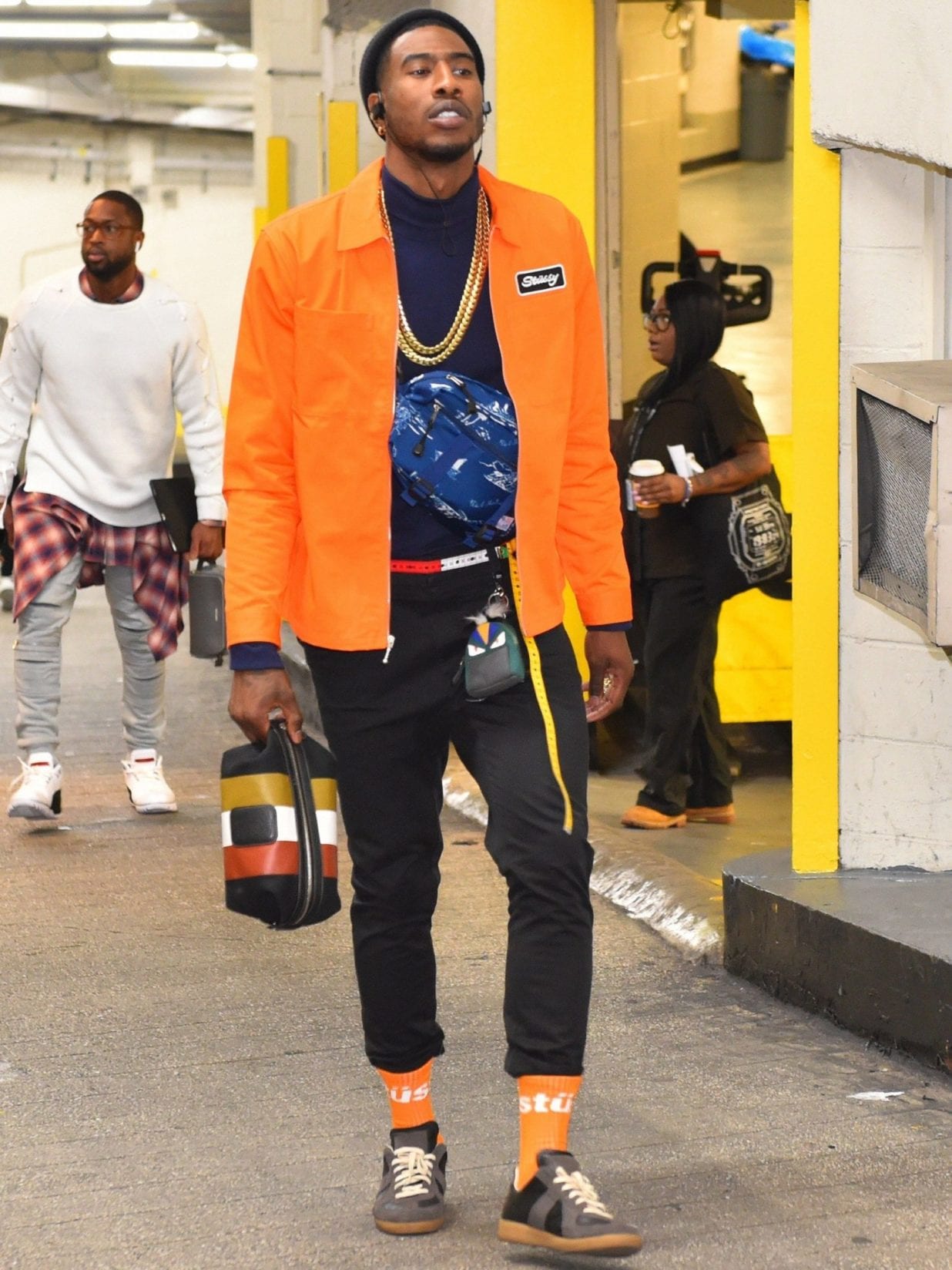 This wouldn’t be an NBA fashion edit, without at least one Tunnel Walk. Many players are known for using the pre-game tunnel walk as their personal runway show and always look on point before the big game. For this look, Shumpert really doubled it down, with his double chains, double bag, and double orange. They’res a lot happening that will either make you love or hate this look. The vintage style worker jacket by streetwear brand, Stussy is definitely the star of this look and the matching logo socks are a nice detail.