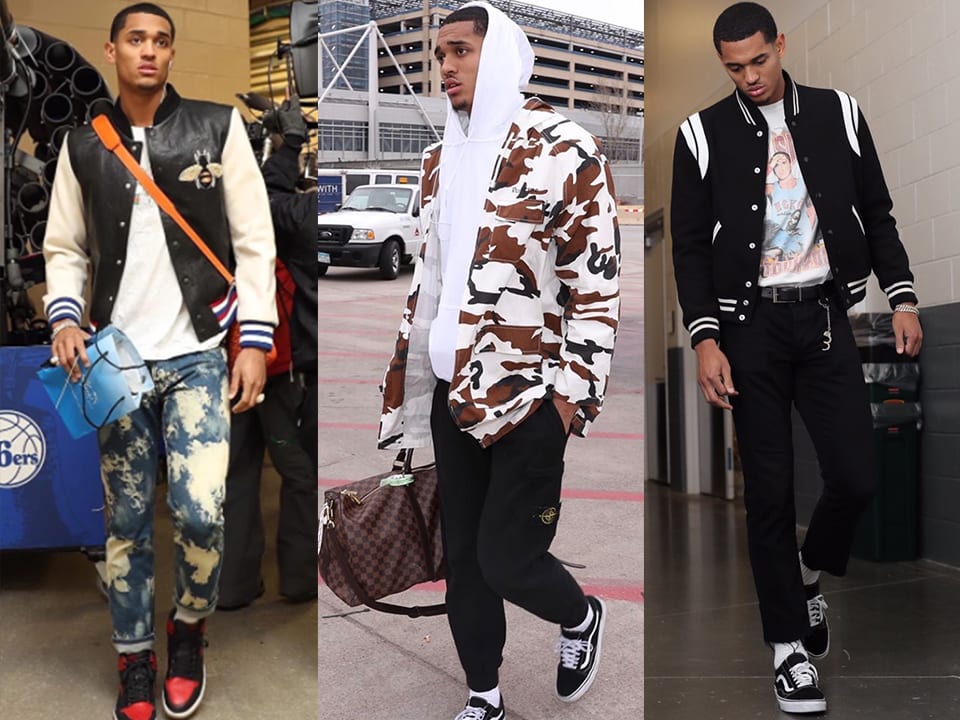 All About the Coach – Pat Riley

At only 25 years old, Point-guard for the Los Angeles Lakers, Jordan Clarkson has already made quite the name for himself, both on and off the court. When he isn’t busy scoring, he points in his number six jersey, Clarkson loves to experiment with style. Jordan explained that back, when he was growing up most of the other kids, wore a lot of baggy clothes, but he was always on the hunt for something different. Some of his go-to brands are Saint Laurent, Off-white, Palace and of course Gucci, which is a pretty much a fav around NBA Stars in general. Here we selected five times Jordan’s looks were definitely on point. 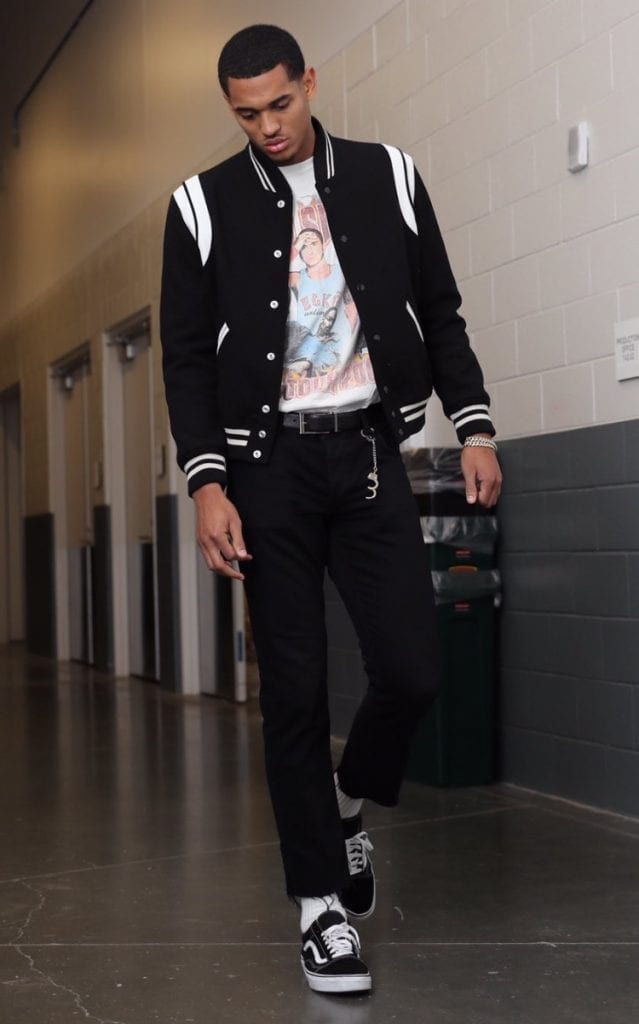 Players often use the tunnel as their personal runway and a chance to really show off their best style and Jordan makes no exception. For this look, he went all black, set off by white details. What really makes this look interesting is the way in which the lines of the bomber jacket and the signature vans wave interact, creating a graphic effect. 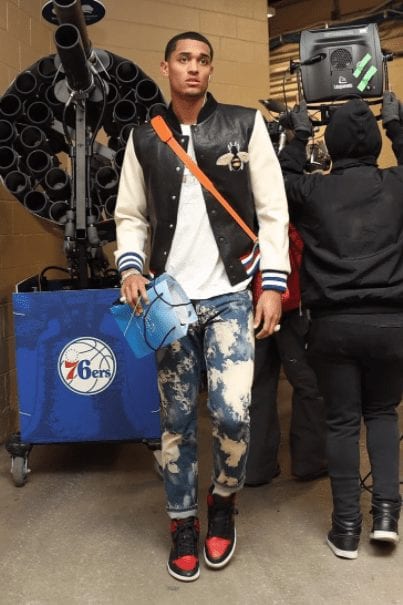 Jordan caught the eyes of many when he showed up on game-day wearing a lambskin, embroidered bomber jacket from the Gucci “Blind For Love” collection. As we could tell from the previous look, Clarkson knows how to rock a bomber. In this look, however, he added some extra touches of color by finishing off the look with a pair of red and black Air Jordans and an orange cross-body bag. 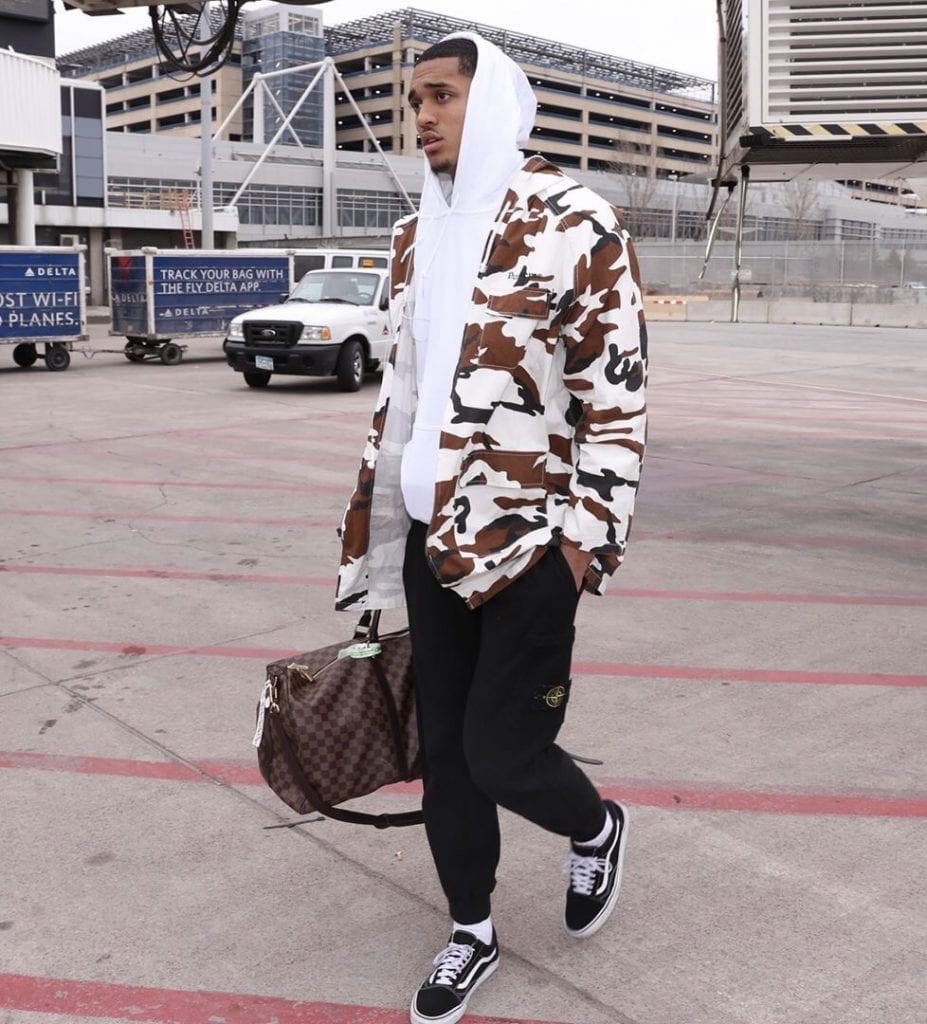 When you’re about to enter a multiple hour flight, comfort is key, but that doesn’t mean you can’t still look stylish. Clarkson lifted up his basic black sweatpants and white hoodie by layering with a statement camo print jacket. Plus you know you’re traveling in style when you’re carrying a Louis Vuitton bag.

Clarkson never misses a chance to show off his fashion sense, not even on a simple training day. He clearly knows how to rock his baggy sweats and elevate his look by adding trend pieces like the oversized puffer coat, Gucci trainers, and satchel bag. 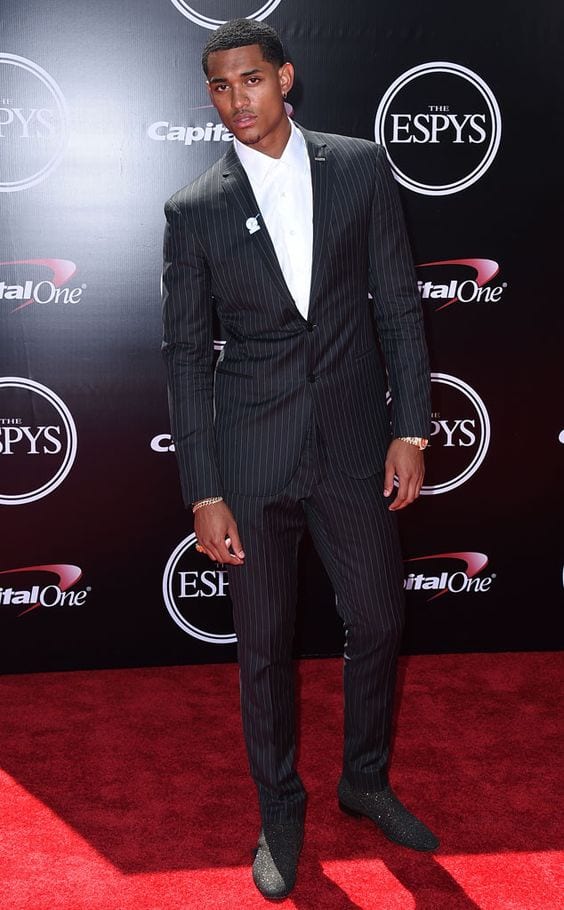 As much as we love NBA superstars’ sense of urban fashion, we love it, even more, when they fancy things up and wear the hell out of a tux. While attending the ESPY’s (the Excellence in Sports Performance Yearly Award’s) Jordan wore a vertical striped Gucci suit and a pair of statement, glittery Louis Vuitton shoes, finished off with subtle gold jewelry.

All About the Coach – Pat Riley