Lifestyle
by We Are Basket 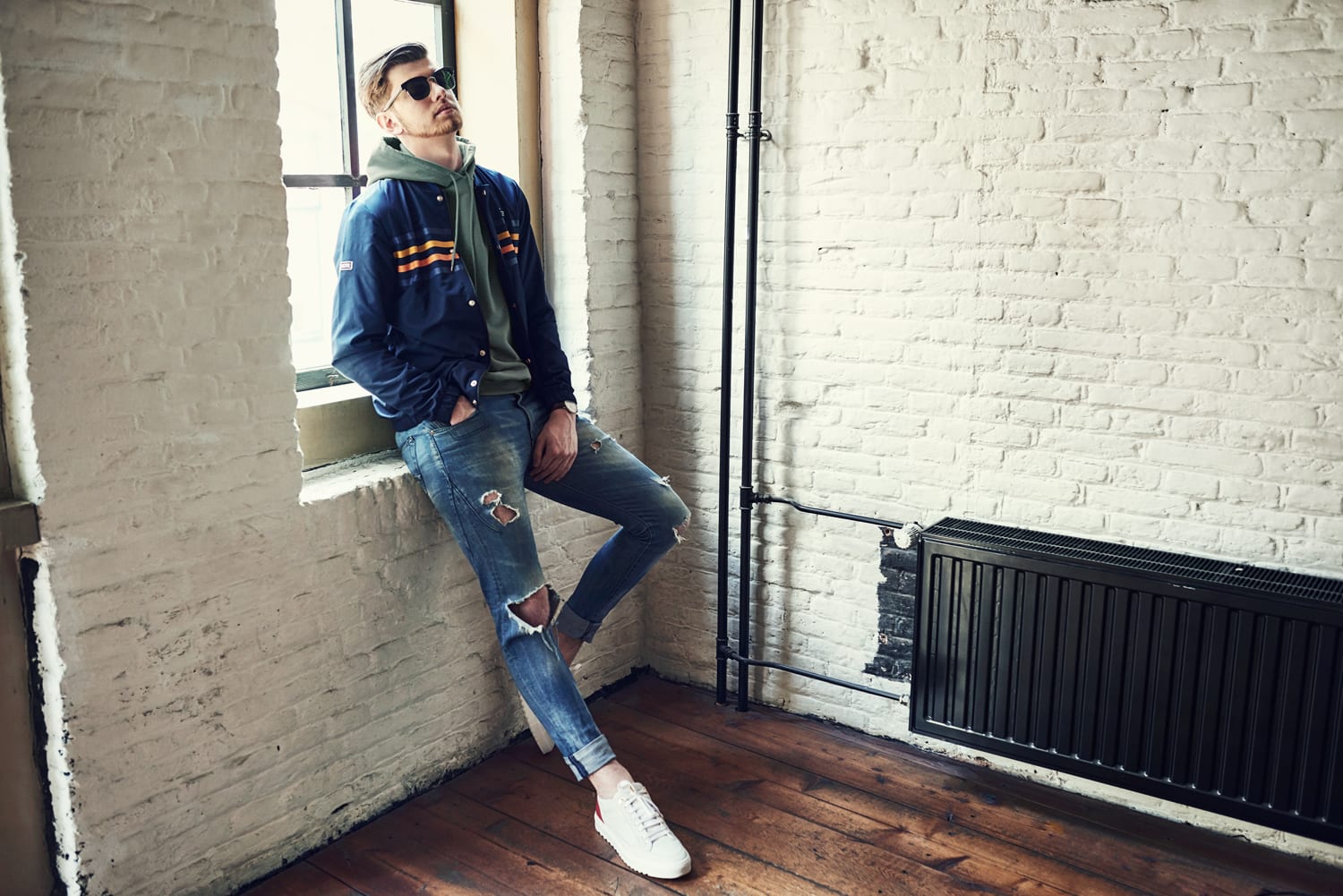 Bano is an upcoming artist from Rotterdam. Before he decided on a career in music, he could be found on the basketball court. Over the years, he played in several youth teams at the highest level in the Netherlands. But, as being an artist turned out to be a bigger passion, he stopped playing when he was 19, and focussed on the music.

My name is Bano! I am 20 years old and a brand new music artist from Rotterdam, The Netherlands. My main focus is to take over the urban scene with worldwide influences added to it. I also prefer to make some nice r&b or whatever else my heart is telling me to make.

You used to play basketball. When did you start and where?

Yes I actually did. I started back in the days when i was 7, I guess, so that was back in the year 2005. I started playing in Barendrecht at CBV Binnenland. Some siblings of mine already played so it was fairly easy for me to hop in and start playing as well. Later when I was 15, I started playing for ZZ Leiden. I played in the Eredivisie there for 3 years before heading back to Barendrecht. Last year, when I was 19,  I stopped playing.

What is your best basketball memory?

My best memory playing basketball was probably all the exciting semi-final games I had in the club ZZ Leiden. In 3 years time we didn’t reach the final, but made the semi’s every year so that still was a great experience and accomplishment for me personally as well.

When did Rap come into your life?

To be honest, rap has always been in my life. As the youngest of 8 siblings, I was listening to pop and rap music a lot, as they were playing it in the car or in the house as well. The 90’s and 00’s R&B tracks still are some of my favorite tunes. Later on from the age of 14, I was writing rap myself. It started out as writing made up stories mixed with my own life experience, in english. A bit more than a year ago I started writing dutch rap, as the dutch rap scene was growing and I fell in love with the culture that developed from that. 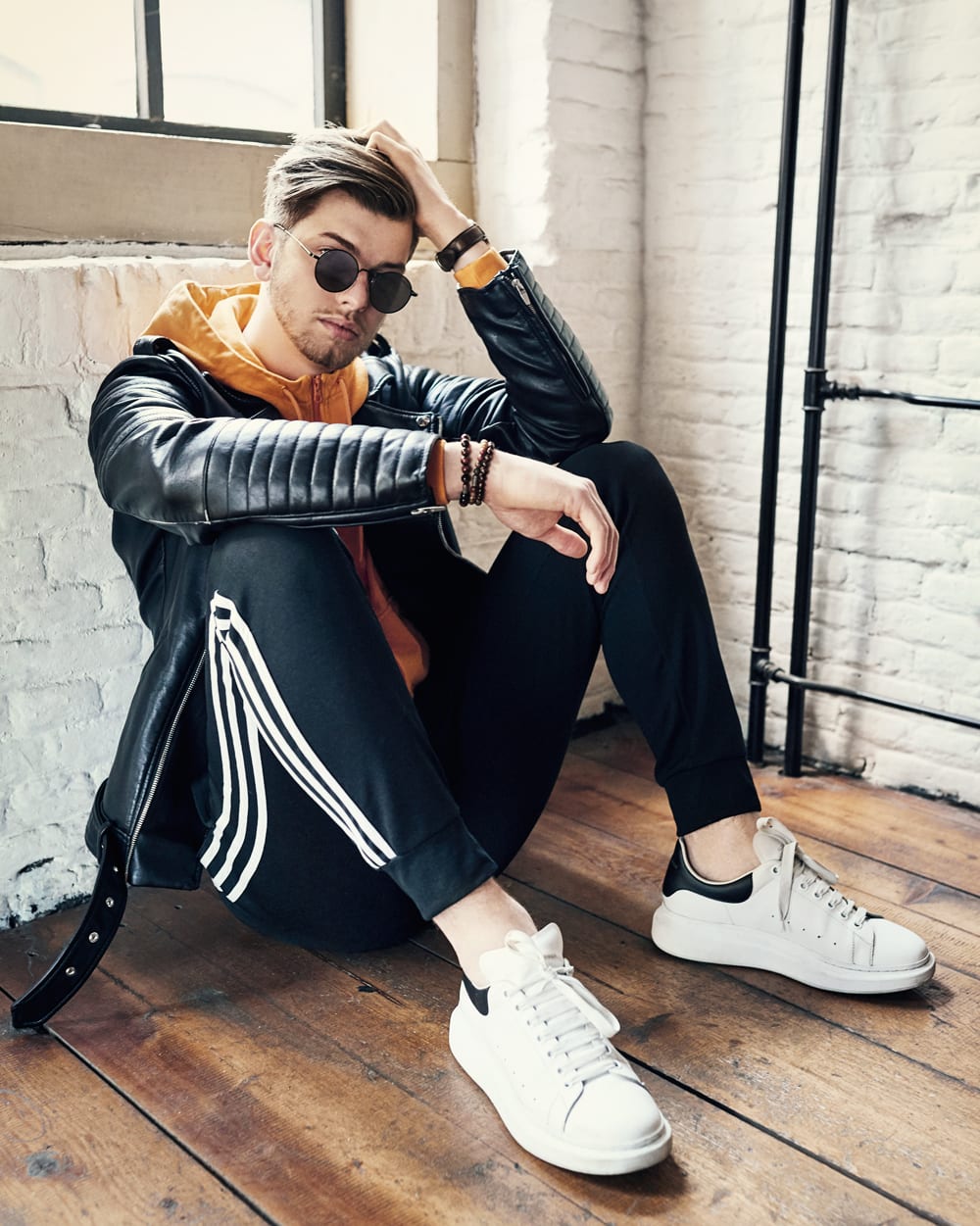 Did you have to work hard to get on stage, or was there also a bit of luck?

To be honest, a bit of both, leaning more to a bit of luck. Of course, stuff like that does not happen over night and does not happen out of nothing. But I was really lucky that the label, A1 Records, that I’m signed to right now, picked me up. I had to prove myself to them tho’. But now that i got their trust, I can foresee great stuff happening in the future. Together with them we will work hard to reach the next level again and again.

What happens when you perform?

It’s gives an amazing rush. When you are on stage and see all the people looking at you and dancing to your music, still leaves me speechless every time i think about it and I take it as a true blessing that I’m in this position to entertain people with my music and although I’m not there yet at all, I really hope to entertain people for the upcoming years.

Are there similarities between basketball and performing?

Funny that you ask, cause I was about to state that in my last answer. Especially before performing or before a game, you feel the same kind of excitement and nervosity. It is exactly the same feeling. Preparations are sort of the same as well. I try to go to bed on time the day before, eat good before a show and listen to music before jumping on stage.

What would be your playlist before a game?

My playlist is divided in genres over different parts of the day. I always got really nervous on a game day, almost too nervous to perform on the court. So a few hours before the game, I always tried to zone out to relax myself. I listened to R&B or Soul to calm my mind and body. Artists like Jhene Aiko would really help me relax. As the clock ticked by and it was 2 hours before the game, I would switch to really hype rap music. A favorite of mine in my ZZ Leiden time was the ‘My Name is My Name’ album, from Pusha T. 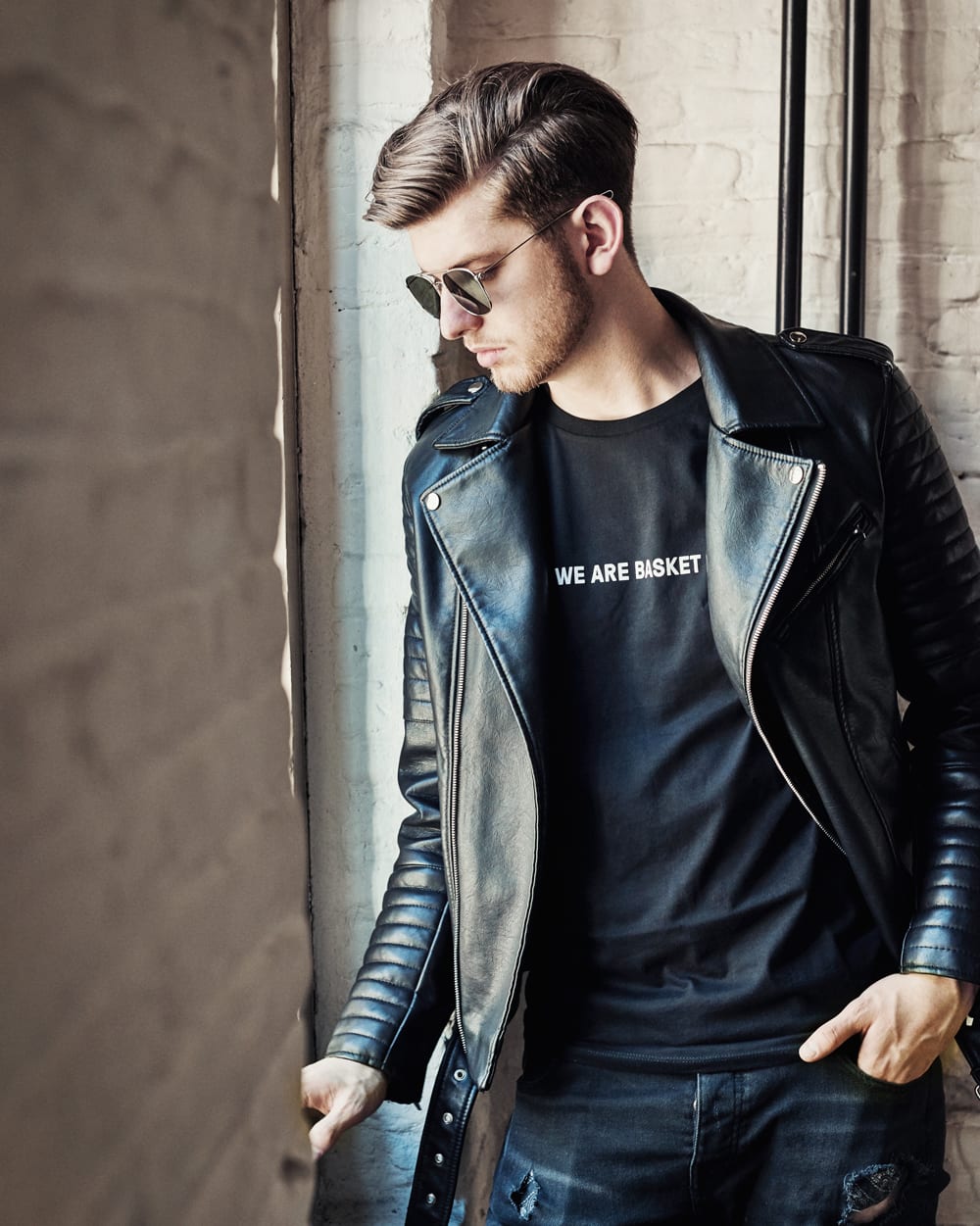 Now you are performing, have you changed your style?

Yes, I have. It’s not extremely visible yet but I am trying to be a little bit less mainstream lately. I wanna stand out, not only as a musician, but also as a personality. I still wanna be me, but I wanna be a lot more versatile. As my character, being an artist, develops, I think my clothing style will develop too. But let’s make clear that i will always be myself and i want to be a an example for many folks around the world. Just follow your dream and everything will be okay!

What are your favorite brands?

I don’t really have a favorite brand, to be honest. I like all sorts of brands and I am a fond believer that style does not come by the brands that you wear or the price of your clothes. I think you should just do you and wear what matches your personality and what you like.

You look often smart-dressed, unusual for a rapper. Is this on purpose?

I feel that’s also cause I am versatile. I really am an occasion dresser. I can look super sharp when I’m going to my grandma’s birthday for example. But next morning look like a pop star, on stage. But I do think that I got to find the style that matches me the best, up to this point. As I said earlier, as my character develops I wanna find myself more, also because I’m in the early stage of my career as well.

Do you have somebody who gives you fashion advice?

Yes I do actually. I got a fashion stylist with whom I discuss what I wear for certain activities. He is very experienced in dressing people up for certain occasions or helping people find there style. 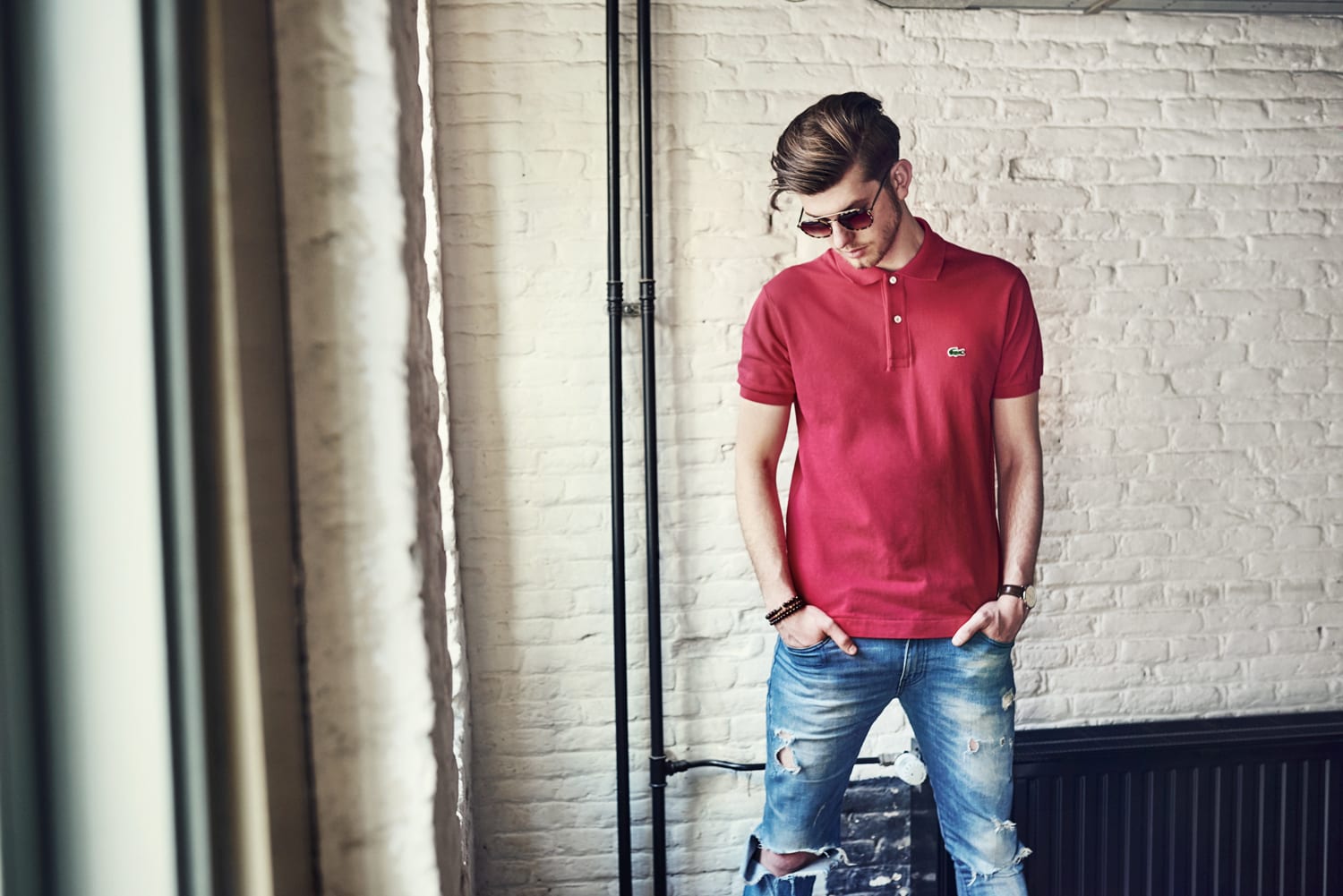 I have a couple people that inspire me. In the american hip-hop scene, it would be either J. Cole or Drake. J. Cole lyric and story-telling wise. Drake as a artist who influences the scene in a crazy way. It seems like everything Drake touches turns into gold. That’s crazy to me. In the dutch scene I’m saying Ronnie Flex. To me he is a bit similar to Drake. Everything he touches turns into gold and he is the king of catchy melodies.

What will be you next steps in the nearby future?

I’m releasing my first single in the upcoming period. After that I got some more songs dropping, leading to an EP in the future. With that I’m hoping to gain popularity and fans so that I can make a name for myself in this industry.

What do you want to achieve?

I’m dreaming of being a big name in the dutch music industry. Also I really want to have a #1 song and have an album at the number 1 spot in the charts as well. Performing at an big outdoor festival is a dream of mine as well. But first off all I want to follow my dream, and for me that is making music.

Another 10 Best Dressed Players in the Playoffs