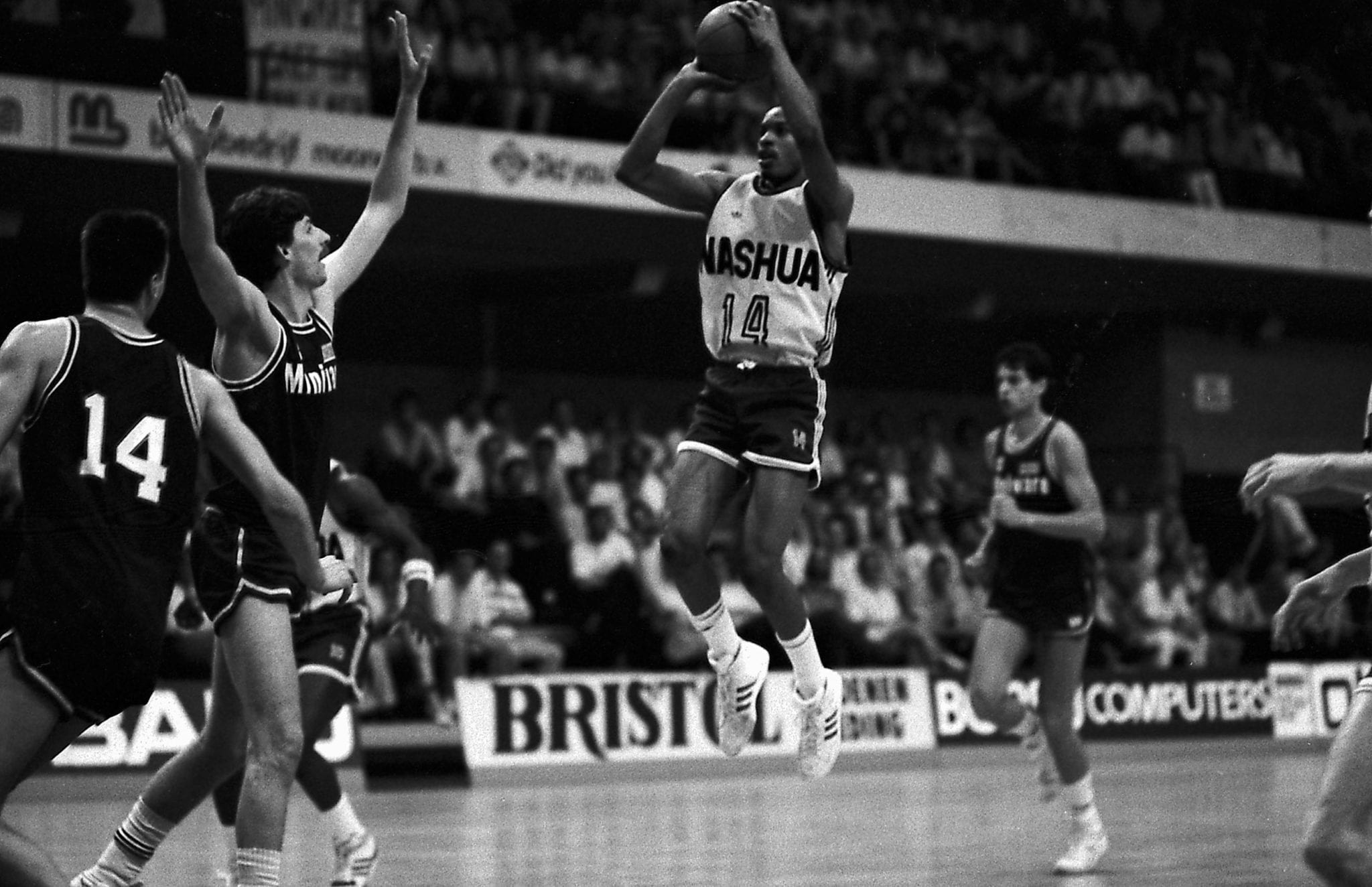 One on one with Kiki Fleuren

Nowadays, there are 30 teams in the NBA, with still room for expansion, but at the beginning of the 70’s there were only 17 professional teams in the league. This meant that not a lot of players could get into the NBA, and if you weren’t good enough there was a big chance you would be cut for a better available player. In those same seventies, there was still quite some money in the Dutch Basketball League, as a couple of big sponsor invested their money in the sport. It wasn’t allowed yet to sponsor soccer, so basketball was the next best thing.

During those days, it wasn’t uncommon for ex-NBA players to come to the Netherlands. Theo Kinsbergen, the owner of Kinzo, a tool company, and the sponsor of Kinzo Amstelveen, was one of the frontrunners of getting Americans to the league. In his own playing days, Kinsbergen managed to win the Dutch Championship three times with his club AMVJ, and twenty years later he decided to invest his money in that same sport as well, to make basketball great again. Kinsbergen got the best of both world, as the players of Kinzo threw his company’s tools to the visitors, and he managed to get some great Americans to the club.

Owen Wells, one of the best players in Dutch Basketball ever, was brought to the Netherlands by Kinsbergen. Wells played for the Houston Rockets (1974-1975) and ended up staying in the Netherlands for four years. Other success stories of Kinsbergen were Phil Sellers (Detroit 1976-1977), Wilson Washington (Philadelphia, New Jersey) and Geoff Crompton. Crompton had already played for Denver before he came to Amstelveen, and though you wouldn’t expect it as Crompton was quite overweight during his year in the Netherlands, he returned to the United States after just one season, and played four more years in the NBA.

Of course, in the successful seventies, Kinzo wasn’t the only club who had some good ex-NBA players on their team. Vic Bartolomee (1971-1972 Golden State) and Gary Freeman (1970-1971 Milwaukee and Cleveland) first played for Typsoos Lions in Zandvoort and then Buitoni in Haarlem, Jackie Dinkins (Chicago) was another standout player from the States who joined Transol RZ in Rotterdam, and Eiffel Towers Nijmegen found two great players in Ryan Robertson (2001-2004) and Derrick Phelps (2004-2005). Robertson might’ve only played two games in the NBA, he was also a standout in college where he scored 31 points against Kentucky in the NCAA Tournament.

The best American ex-NBA player to ever play in the Netherlands can be no other than Paul Thompson (1987-1989). He already had three season in the NBA under his belt where he averaged about 9 points per game, before an injury forced him to come to Europe. In those days, Nashua Den Bosch was one of the best teams in Europe, and they managed to always play in the highest poule of the Europecup, the best European tournament there was. Nashua, a printer and copier company, was definitely a big player in the sponsoring business back then, as they put about 1 million euro per year in the club. This allowed Den Bosch to have their golden years as one of the top teams in Europe, pay high salaries to their players, and get great players such as Paul Thompson, and players such as Terrence Stansbury to the team. The fact that Stansbury signed with Den Bosch was also quite a sensation, as Stansbury had competed in the NBA Slam Dunk Contest three times, once for every year he played in the league.

And then there was the time of MyGuide Amsterdam in the early 2000’s. During that time, Roel Pieper was the man with the money, and nothing was out of reach for Amsterdam. Amsterdam had two very successful players in Joe Spinks and Chris McGuthrie, though neither of them every played in the NBA. MyGuide did get an ex-NBA player to their team in 2008, but that was quite a head case. Orien Greene had spent three years in the NBA with Boston, Indiana and Sacramento, but he had a lot of problems with drugs. MyGuide was supposed to be a way to start over, and though he had a great season with Amsterdam, he missed the finals of the play-offs because he was suspended for using cannabis. Amsterdam ended up winning (what would be their last) championship without Greene.

These days, the American players who are just not good enough for the NBA go for teams which play in the Euroleague and Champions League. Where the Dutch basketball team come nowhere close to the NBA’s salaries, while teams such as Fenerbahçe, Barcelona or Khimki can easily match them.

But though ex-NBA players might not come to the Netherlands, but Dutch teams can still help players reach the NBA. Arthur Collins, Chris Copeland and Josh Magette all reached the NBA after playing in the Netherlands. Collins was the first player who reached the NBA after playing in the Dutch League. He had three good season in the Netherlands, one with Haarlem and two with Parker Leiden, where he definitely showed great promise. Collins proved that he could score from every position, and he eventually signed with the Atlanta Hawks.  Chris Copeland played for the Matrixx Magixx in 2007-2008, and after another good year in Belgium, he played for the Knicks, Pacers and Bucks. Magette on the other hand, signed with Landstede Zwolle right out of college and eventually reached the NBA through the G-League.

One on one with Kiki Fleuren