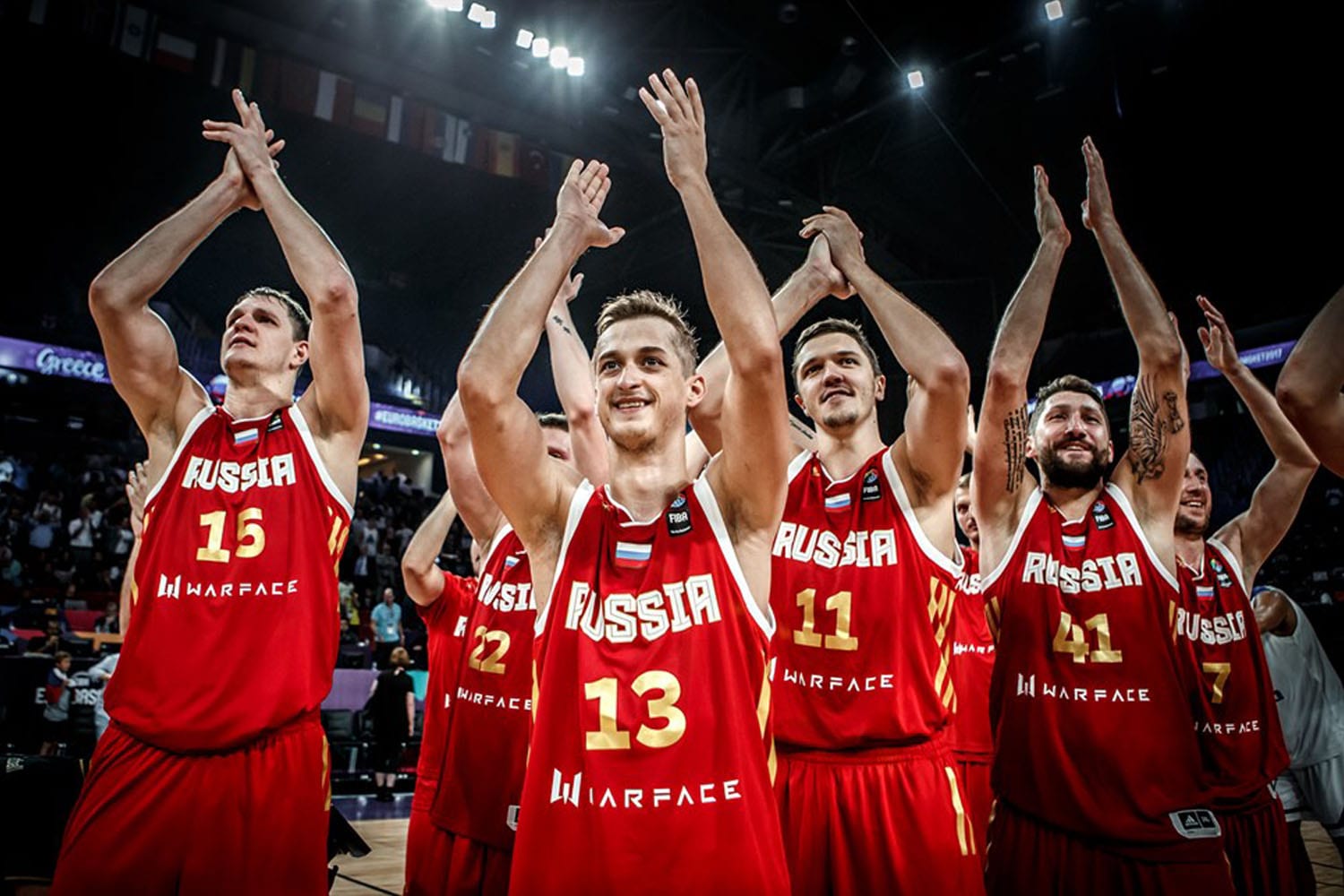 Trivia question. Which coach, present at Eurobasket 2017, played the most NBA games? No, it’s not Aleksandar Djordjevic of Serbia. He only played 8 games for Portland. Germany’s Chris Fleming is an assistant coach with the Brooklyn Nets, but he never played a game in the NBA. Maybe it’s a surprise to you but it is Sergey Bazarevich, coach of Russia. Bazarevich played ten games for the Atlanta Hawks in 1994.

Before he started coaching, Bazarevich had an excellent playing career as a playmaker and shooter. He started playing in Russia in 1983, but also ended up playing in Turkey, Spain, Italy and Greece.

For almost ten years he was a member of the Russian national team, participating in two Olympics.

The quarter final versus Greece (Russia won 74-69) was a special one for Bazarevich as he holds citizenship for both countries. As his career was coming to an end in 1999, he tried to get Greek citizenship, to extend his playing days and being able to participate as a Europlayer in the Greek league with Paok Saloniki. Bazarevich stated he was of Greek descent as some of his ancestors were born in Greece. After a long procedure, Bazarevich was rewarded a Greek passport and he was given the Greek name Bazarevits. But that was not the end of it.

A lot of teams protested against his Greek passport and this lead to an inquiry of the Greek Basketball Federation. It was doubted Bazarevich really had Greek ancestors. In the end, evidence showed Bazarevich didn’t apply for the passport himself, but it was done by a person who spoke Greek very well. Of course, Bazarevich did not speak a word Greek as he entered the league. After the season it was decided he could not return to the Hellenic competition as a Greek. What made matters worse, he participated in Sydney Olympics (in 2000) as a player of the Russian national team.

So his license as a Greek player was withdrawn, but he still holds his dual citizenship.

Russia is playing Serbia in the semi-finals on Friday. As far as we know, Bazarevich doesn’t have a Serbian passport.