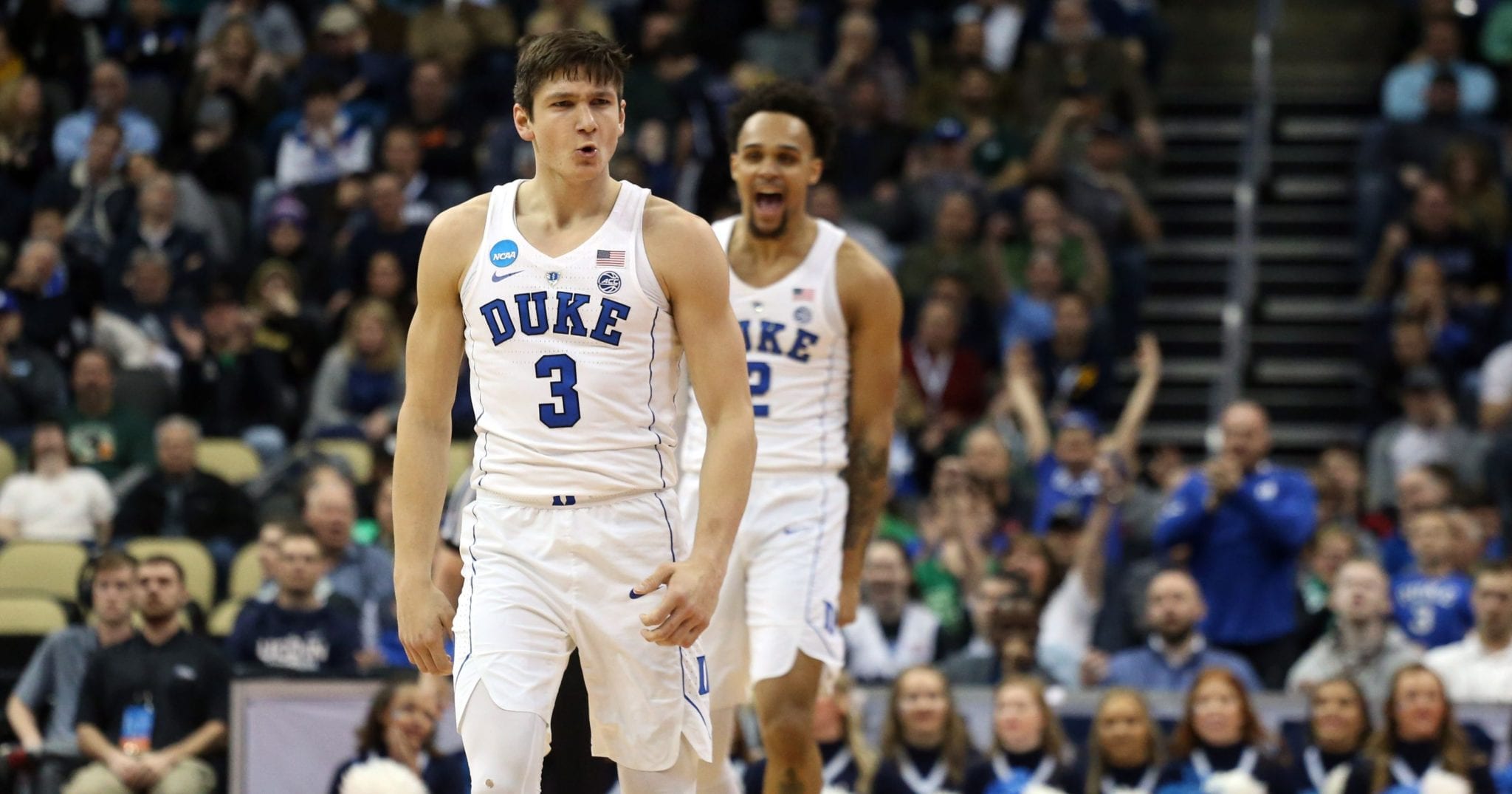 He’s been called a hero, the new Christian Laettner, a villain the most hated player in college basketball, but after his shot in the last eight of the NCAA Tournament just didn’t want to go in, his college career is over. Now, the only question left is whether Allen will be picked in the 2018 draft.

Allen was a great contributor to the Blue Devils in his last three years, but he might have played his best game in his freshman season. He didn’t start a single game, spend the majority of the games on the bench, but grabbed his chance in the Final of the 2015 NCAA Tournament. Duke was behind nine points, and Grayson decided it was enough and scored eight points straight. He ended up with 16 points in that game and it was enough to give Duke the title. Allen showed promise to be a future star.

But, despite that, Allen has also become one of the most hated Duke players ever. He is known to flop, whines to refs (a trait he might’ve picked up from his coach), and also has the habit to show unsportsmanlike behavior in games. That’s where the comparison with Christian Laettner comes in. Laettner played great games for the Blue Devils, and he even was the star player that led them to their 1991 and 1992 titles. But, he once stepped on a player’s chest, was a bully on the court, and 20 years after his college career ended, Laettner was still voted the most hated player in college basketball.

Grayson Allen might be compared to Laettner, but he definitely earned his reputation himself. He might’ve even surpass Laettner as most hated Duke player of All-Time. During his four-year college career, Allen was involved with several serious tripping incidents. Some of them weren’t noticed in the game by the referees, but the camera doesn’t lie.

You might think Allen would learn his lesson after being caught, and being punished by his team and the ACC, but that definitely wasn’t the case. One, his coach Mike Krzyzewski didn’t really punish him and Allen did the same thing again. And again. And just before this year’s NCAA Tournament, he had to do one more thing everyone could remember him by: a hip check. When they reviewed the play it was clearly visible he stuck out his backside in front of a unsuspecting player of North Carolina. And again, he kind of got away with it when they online gave him a flagrant 1 foul.

But, though his behavior is definitely unsportsmanlike and unacceptable, it wouldn’t be that big of a deal if he wasn’t also a good player. He averages 20 points in his second year, and 15 points in both his third and final year. The combination of the two makes him the villain of college basketball. No one would care if he was just an average player, but he isn’t. He was the captain of the Blue Devils , and looked every bit the part during his last NCAA Tournament, leading the four freshmen on his team.

And then, almost four years after he had his first moment of success with Duke, he had the chance to decide the game, to become a hero. With a couple of seconds left on the clock, Allen took a jumper that would give Duke the lead and advance them to the Final Four. It seemed to go in, but eventually rolled of the rim. Duke lost their momentum in overtime, and lost by four.

That was a disappointing end to Allen’s college career, but now, he can enter the NBA draft. The question remains, will a team want to take the plunge with a player who has a history of this kind of behavior? Currently, Grayson Allen is projected to be a late first or early second round pick.