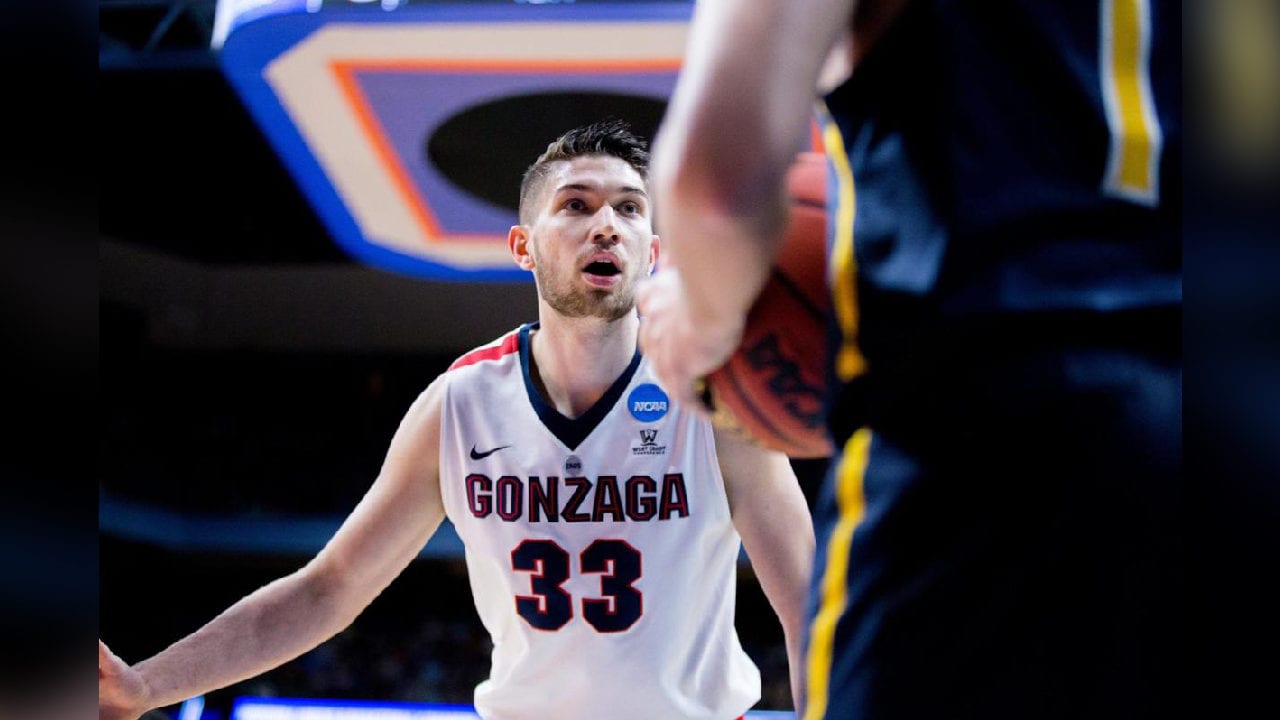 Last night, it became clear that the New York Knicks had to say goodbye to their dream of landing Zion Williamson in the 2019 draft, as the New Orleans Pelicans landed the first pick, while the Knicks got the third. But, in the Netherlands all eyes are on Killian Tillie.

Killie might not appear in all mock drafts for the first two rounds, but ESPN for example does count him among the best 100 players in this draft. That’s not surprising, as Killie, who has been playing for Gonzaga the past few years, has a lot of skills. He’s 2.03 (6’10”), has has a high IQ for the game, is a very good rebounder, plays above the rim, has great leaping ability, makes smart plays, is a good passer, and can shoot from behind the three-point line. Overall he is a very athletic player. Some scouts have put him in the second round of the draft, but most pencil him in just after the second round.

That’s a great resume on paper, but the biggest knock against Tillie is that he is injury-prone. Last season, he only played in  15 games and missed 22 due to two different foot injuries. But in the 15 games he played he left a good impression, especially in the NCAA Tournament he showed flashes of his talent. In the first round game against Fairleigh Dickinson he had 17 points, only trailing Rui Hachumura (Gonzaga’s top player) who had 21. His best plays of the game were a terrific block and a highlight dunk over two defenders.

Last year, after a very good second season at Gonzaga, Tillie already considered to make himself available for the draft, which was not surprising, as he scored almost 13 points per game (45 three-pointers in total), and scored more than 20 points in eight games. In the final of his conference, the West Coast Conference, Tillie was even voted the Most Outstanding Player of 2018. At that point, Tillie was seen as a possible first round choice in the draft of 2018, but after being injured in the NCAA Tournament and therefore not being able to show his talent to various NBA teams in the run-up to the draft, Tillie chose to play college basketball for at least one more year.

This has to be the year for Tillie. He was invited to the NBA Draft Combine in Chicago from 14-19 May, and has already had a work-out with the Atlanta Hawks. Unfortunately, he suffered an ankle sprain during the work-out with the Hawks, so he had to pull out of the combine. But, if his ankle heals quickly, he will still be able to work-out for some other teams before the May 29 deadline.

Yet, there’s still the possibility that he will return for his fourth season with Gonzaga. He has made himself eligible for the draft, but if it looks like he won’t get picked after the Combine, Tillie will have the opportunity to withdraw until May 29. In that case, he can just return to Gonzaga.