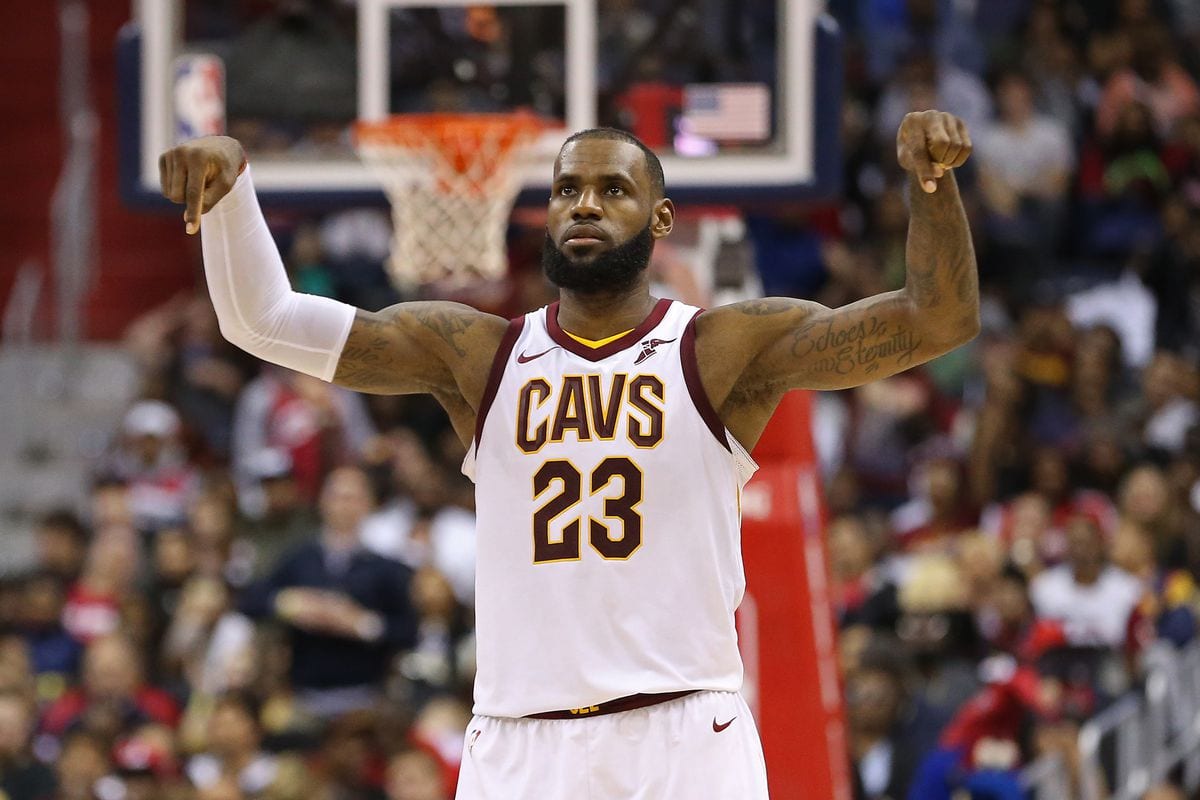 The 2017-2018 season has almost come to an end, and that means it’s time to take a look at this off season’s best free agents. First, we’ll have to make a distinction between the three different kinds of free agents: player options, unrestricted and restricted.

A player option is an optional year at the end of a players’ contract. The player can choose whether he’ll stay with the team (and get an additional year of salary), or decides to take his chances and try his hand and become a free agent. An unrestricted free agent are players without a team, and are free to choose from all offers. A restricted free agent can though he is still signed with a team, get options from other teams, but his current team will always get the opportunity to match the offered contract for the player.

LeBron is probably the most talked about free agent this offseason. The question is whether the Cavaliers will be able to keep him on their roster, which, at the moment doesn’t seem very likely. Though James did make the Finals with this Cavs team, he’ll want to form or join a team next year that can be a real contender for the Warriors. If he leaves Cleveland, James will probably choose a team in the Eastern Conference, like Boston or Philadelphia, to avoid the strong teams in the Western Conference in the early rounds of next years’ playoffs. But, of course, he could also decide to join forces with the Houston Rockets.

Two years ago, Durant left OKC and joined the Warriors for one reason only: to win a championship. He has already succeeded once, and is on his way to grab his second title with the Warriors. Though it’s not very likely that Durant will choose to go to another team, as why would he want to leave the Warriors, but if he does, he’ll definitely be offered a max contract.

George can remain with the Oklahoma City Thunder, but there are also rumors that the Lakers are going to try and sign him in the off season. That won’t really be a surprise, as George has definitely proven himself this season.

Griffin left the Clippers just before the trade deadline this season, so it has to be seen if the Clippers can get Jordan to take his player option. But, the Clippers seem to have some trust in him, as they decided to keep him though they knew he had a player option this summer. There are also some rumors that the Mavericks will be trying to get him to Dallas, so it will be interesting to see what Jordan is going to do. It seems like Jordan at least wants to look into his options, as he signed with an agent after being without one for two years.

Paul has already made clear he won’t take a pay cut to remain with the Rockets, which means that they’ll have to offer him a max contract if they want him to remain in Houston. He signed with Houston last year after he opted out of his player option with the Clippers. He is still one of the best point guards in the NBA, but he’s also already 33, and has been plagued by some injuries lately. If the Rockets want to compete for the championship next year, they probably won’t have a lot more options than signing Paul, but otherwise he’ll still have his pick of teams.

Cousins is still recovering from tearing his Achilles tendon, but he made a bold move when he decided to unfollow the Pelicans’ social media account. This might be a sign that Cousins will take a look at all his options before deciding where he’ll go, or that he’s already done with the Pelicans. Unfortunately for him, the Pelicans did just fine in the playoffs without him, and won the first round against the Trailblazers.  The question is whether all teams dare to give him a contract, as it’s not sure if he’ll be the same player after his Achilles tendon has healed.

This might not be the best time for Thomas to be a free agent, as he didn’t really get the chance to prove that he can still play after undergoing surgery for his hip. In the entire 2017-2018 season, Thomas only managed to play 32 games, and he didn’t make much of an impact for either team. He only made his Cavs debut in January, was traded to the Lakers a month later, and was ruled out for the rest of the season at the end of March. Thomas has made clear that he’s no longer bothered by his hip.

At 34, Redick had one of the best years in his career, as he averaged over 17 points and had a 42% 3-point percentage. He joined the promising 76ers team last year, and he was a great leader for the younger players. But, as he had a great season, he might decide to take his chances and join another team.

Capela had a great season with the Rockets, in the offense as well as being a great defender and rim protector. The Rockets still have the option to match any deal a different team offers him, but it won’t be easy. It is already rumored that the Phoenix Suns will offer him a max contract. Besides that, Capela is not the only player the Rockets have to worry about, as Chris Paul and Trevor Ariza will be free agents as well.

All About the Coach – Dean Smith

The Nuggets missed the playoffs again this year, and that means that Jokic still hasn’t made it to the post-season in his three-year NBA career. The Nuggets have two options this off season, make Jokic a restricted free agent, and offer him a max contract or match any other team’s deal, or take his team option, and sign him to a cheaper deal for one more season. That would mean that Jokic would be an unrestricted free agent in 2019. It puts them in a difficult position, as the Nuggets can’t really afford a max deal for Jokic right now, as that would mean they have to pay luxury tax. So, as long as the Nuggets don’t offer him a deal, there is a chance that Jokic would end up with another team in the off season.

It’s expected that the Trail Blazers will get Nurkic another contract, but nothing is sure. A Bosnia and Herzegovinian site wrote that Nurkic won’t join his national team until July, as he wants to sign a new contract first. Then, they continue to say that there’s already a new contract waiting for him on the first of July. In the end of season interviews, Nurkic did say he wanted an extension with the Trail Blazers. If the Trail Blazers choose to let him go, he’ll have a big chance to end up with either the Mavericks, Wizards or Hawks, as those teams are all in need of a new big man.

As there are rumors that the Lakers are trying to sign Paul George (and LeBron James), or are at least trying to sign two star players, it’s likely that Randle won’t be playing for the Lakers next season. Randle had a great season, so if the Lakers decide to part with him, he’ll probably have to trouble to find himself a new team.