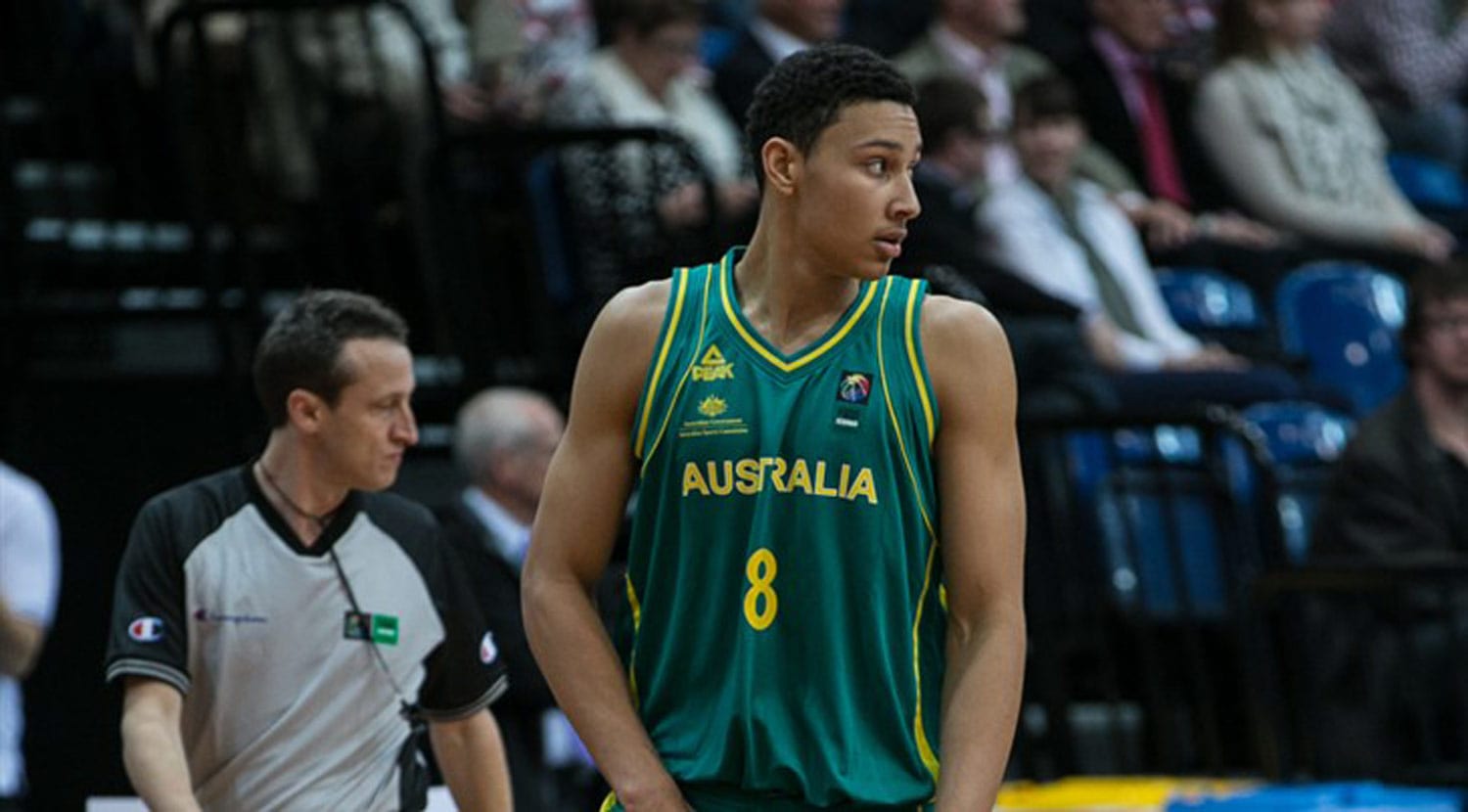 The NBA post-season is far from over, but it’s already time to look forward to the next big event of this summer: the 2019 World Cup. The NBA players can’t be part of their countries road to qualification, but they can play a big role on the road to the title. This time around, a lot of international players will make an appearance in China.

Not all big international players will be there, as Bojan Bogdanovic’s and Dario Saric’s Croatia didn’t make it out of the qualifiers without them. New Zealand, for that matter, is still trying to convince Steven Adams to make his debut for the Tall Blacks.

It’s official, Ben Simmons, Australia’s first ever NBA All-Star, has announced that he will be available to play in the World Cup. He waited quite a long time to make it public, but now Australia definitely has the chance to become a powerhouse at the World Cup. This will only be Simmons’ second appearance at a tournament with the Boomers, after making his debut in the 2013 FIBA Oceania Championship.

He will be joined by Patty Mills, Andrew Bogut, Matthew Dellavedova, Aron Baynes and Joe Ingles. Ryan Broekhoff, who just finished his rookie season with the Mavericks, won’t be part of the Boomers.

This has been one of the first times that Gallo managed to stay healthy throughout an entire NBA season, so it seems like he will be ready to play for Italy. He was absent during the European Championships, as he had suffered a hand injury, but after the great season he has had with the Clippers, he will be a great asset for the Italians.

This might be the best form Gallinari has ever been in just before a World Cup, or any international appearance, and it will be a new start for him, as he broke his hand punching an opponent the last time he wore his country’s jersey

The last few years, Italy has failed to achieve anything at tournaments, but this might chance with a healthy Gallinari, joined by Bellinelli and some of the strongest Euroleague players.

Bogdanovic is very eager to play for his country, after having to miss the Summer Qualification window due to his first NBA season and a knee injury. This time around, he will be joined by his teammate Nemanja Bjelica, and maybe even more of his fellows Serbs in the NBA.

On the other hand, Nikola Jokic, the breakout star for the Nuggets, isn’t sure whether he will join Serbia this summer. He’s afraid his workload will be too heavy, and Jokic is planning to discuss the matter with his family and agent. This definitely won’t be the first time he’s absent, as he has already skipped the 2017 Eurobasket and the last Qualifiers, as he rather had his own work-outs.

Rubio made his debut for the Spanish senior national team in 2008, for the Olympics in Beijing. More than 10 years later, he is set to play yet another tournament in China in the Spanish colors. Rubio has made clear he really wants to play, but he does need the permission of his NBA team, and won’t fully commit until that’s given. That’s no surprise as  Rubio will be a free agent this summer, and won’t want to upset his new coach and or teammates before the season has even started.

Counting on that everything will be arranged, he can be joined by Willy and Juancho Hernangomez, and one of the Gasol brothers, Marc. Pau is out with an ankle injury, and this will probably be one of the last international appearances of Marc, as he’s close to retiring his national team career.