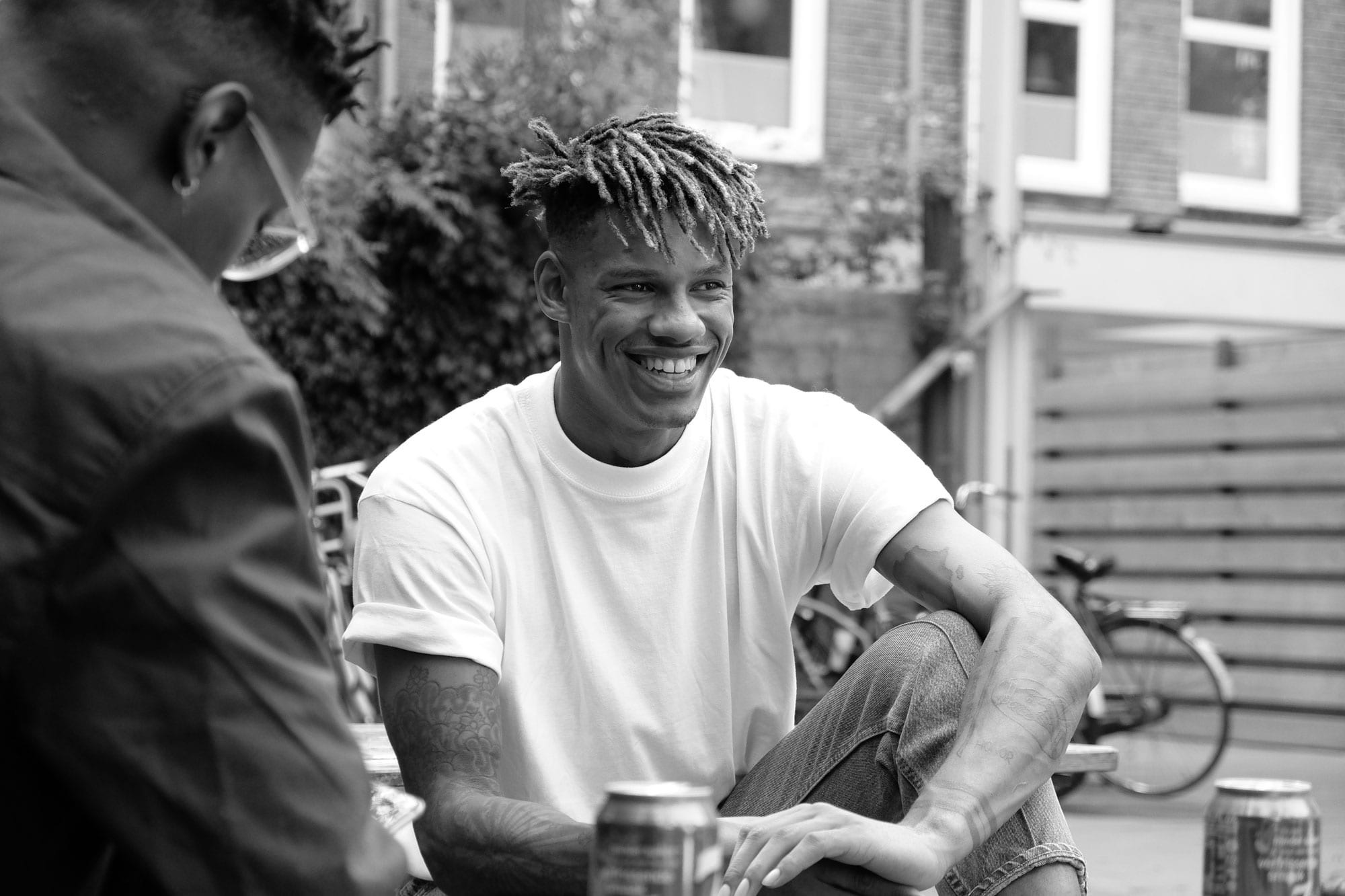 During our shoot we sat down with Jessey to talk about his inspirations and lifestyle. Basketball isn’t just a sport. The game and it’s athletes impact a whole new generation. Not just on the court but also when it comes to street style.

Who is your favorite influencer or inspiration?

My favorite (source of) inspiration is Muhammed Ali. I grew up in the world of boxing; my father is a professional boxer. His source of inspiration was always Muhammed Ali. I have seen a lot of documentaries about him, and the man as an athlete was impressive, but as a human being he is most special and impressive man I can think of. I always thought it was special that he tried to help people all over the world. His mission was bigger than just becoming the world champion in boxing; he wanted to be the people’s champ. That always spoke to me, more than Michael Jordan for example.

What is your favorite brand?

Mick Keus. I have a hard time finding the right pants, I never find the exact pants I want in one go. With Mick Keus, I can make them exactly as I want them, and he is very flexible with accommodating me in my vision. If you have an appointment with him, it is very personal and it is in his workspace instead of an office. The pants that you design, is one of a kind. So, that is my favorite brand.

Which trend do you think is a no-go?

I could never get used to skirts for men. There are people who could definitely wear them, but I am not one of them. And Uggs for men were never to my taste.

What is your favorite kind of music? 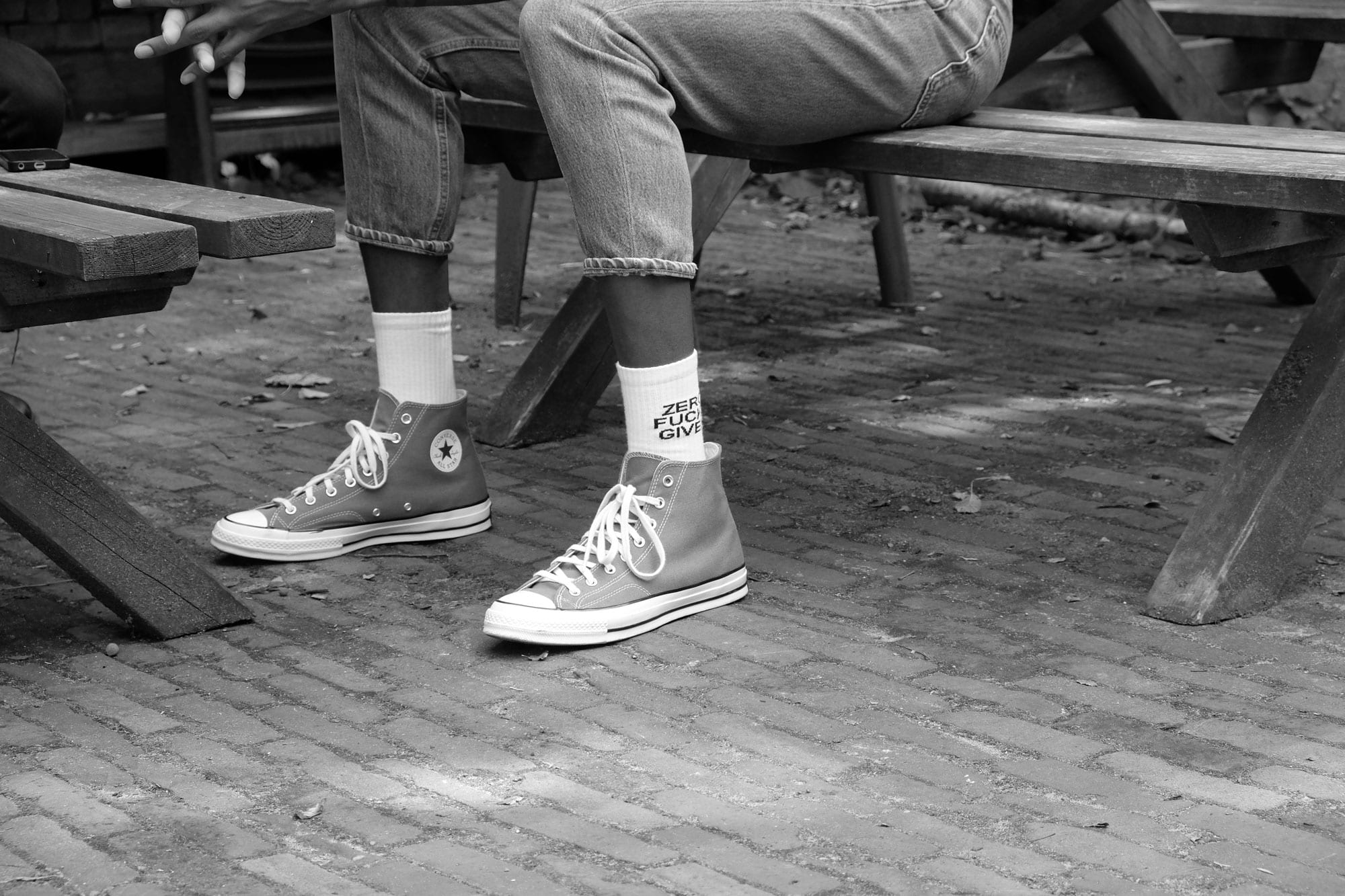 What is the best timeless trend?

I think that is a plain white or black t-shirt. You can never go wrong. I believe in simplicity. Especially, because I have tattoos and a bit crazy hair, which not a lot of people have. Sometimes, I wear an earring, some rings, and in that case, a simple mindset in clothes is key, instead of me dressing in rough, crazy clothes. I have a mindset of keep it simple, but detailed. I think that the simple things fit well with me.

Who do you think is the best contemporary artist?

Contemporary? That is a hard one. I am a big fan of Sampha. I think it is very special and upcoming, but I am a huge fan.

Old School. It is not even a question.

If it is about clothes: fresh new brands or second hand clothes?

That is a tricky question. I just discussed the jeans of Mick Keus and those are old Levi’s that are never worn. I believe in the combination of the two, so something in between. If I think something is dope, it is dope. Zeeman, or whatever. Right now, I am wearing a t-shirt I bought at the Albert Cuyp Market, for 3 euro!

What is the best hotspot in Amsterdam?

It used to be ‘het Wolfje’, but that closed down recently. I have a large hotspot now, all of the Nine Streets/ ‘De Negen Straatjes’, because I hang out at different spots. I am always somewhere in that neighborhood.

If you did not play basketball, wat would you do?

Where do you get your inspiration for your clothes?

I get my inspiration from a lot of different things, different artists, Instagram, just people I see in the streets, but I try to do my own thing with it. I do not follow a Fashion Week Season completely; I do not just buy every trending item. I might add small elements to my style and that is it. Of course, my style changes once in a while, we went from skinny jeans, to baggy jeans, to something different and now back to baggy. It always changes a bit, but I try to stay true to myself. 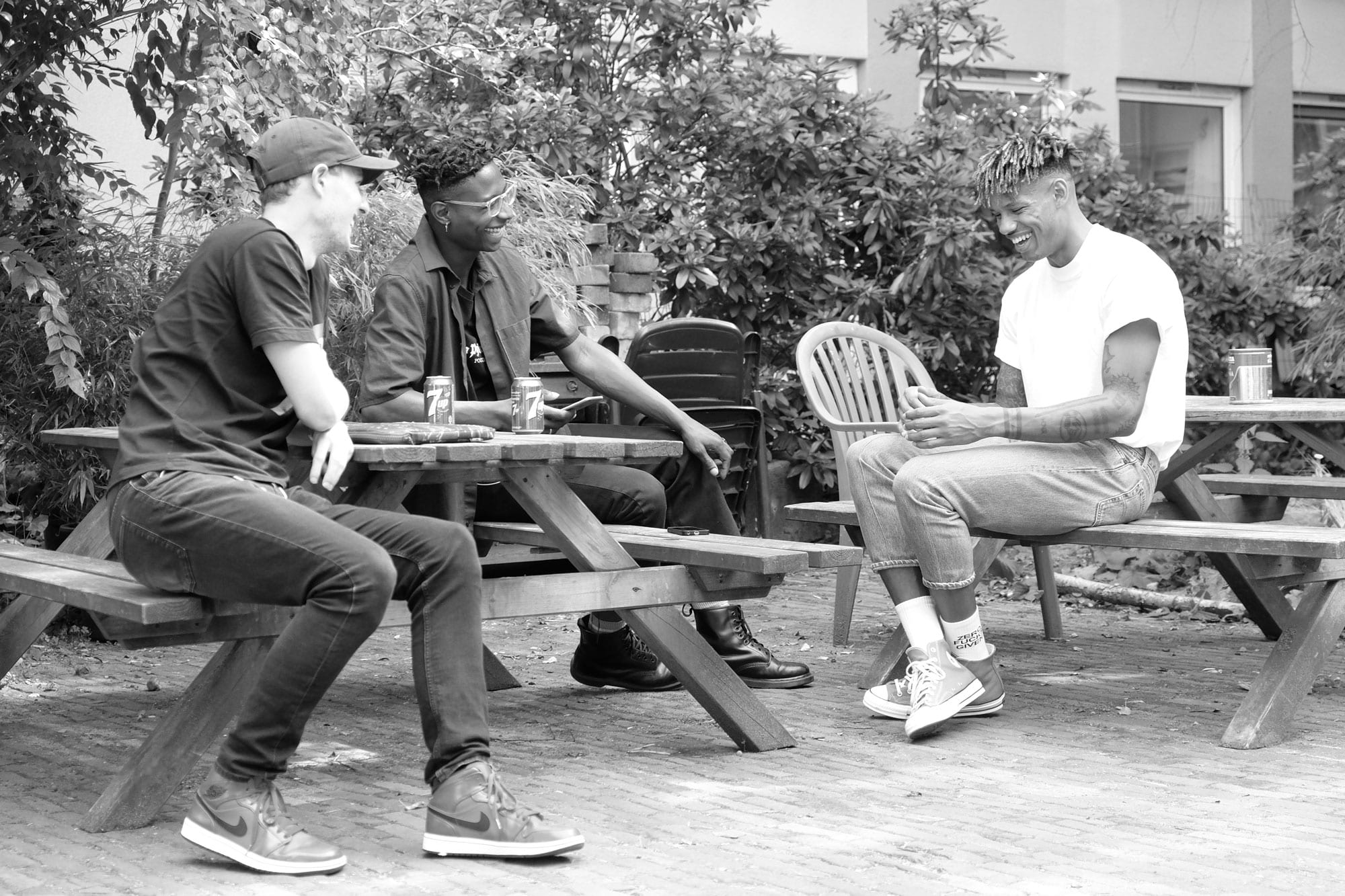 Worthy de Jong. He is someone that pays attention to his appearance. He cares about what he wears. Our styles are completely different, but we agree on a lot of aspects. Mohammed Kherazzi also has a sense of style and there are more players than do the same. But those two are teammates of mine.

Which fashion tip would you give to young kids?

Do not pay a lot of attention to brands. Nowadays, I only see 13, 14, 15, 16-year-olds walking around wearing DSquared, Lanvin, Woolrich coats and Louis Vuitton bags. It is not about the brand. But that is what the young kids see: oh you have Gucci shoes, so you are cool. That was already the case in my time. Now that I am older, I know that it is not about the brand, it is about the way you dress yourself. You cannot buy swag.