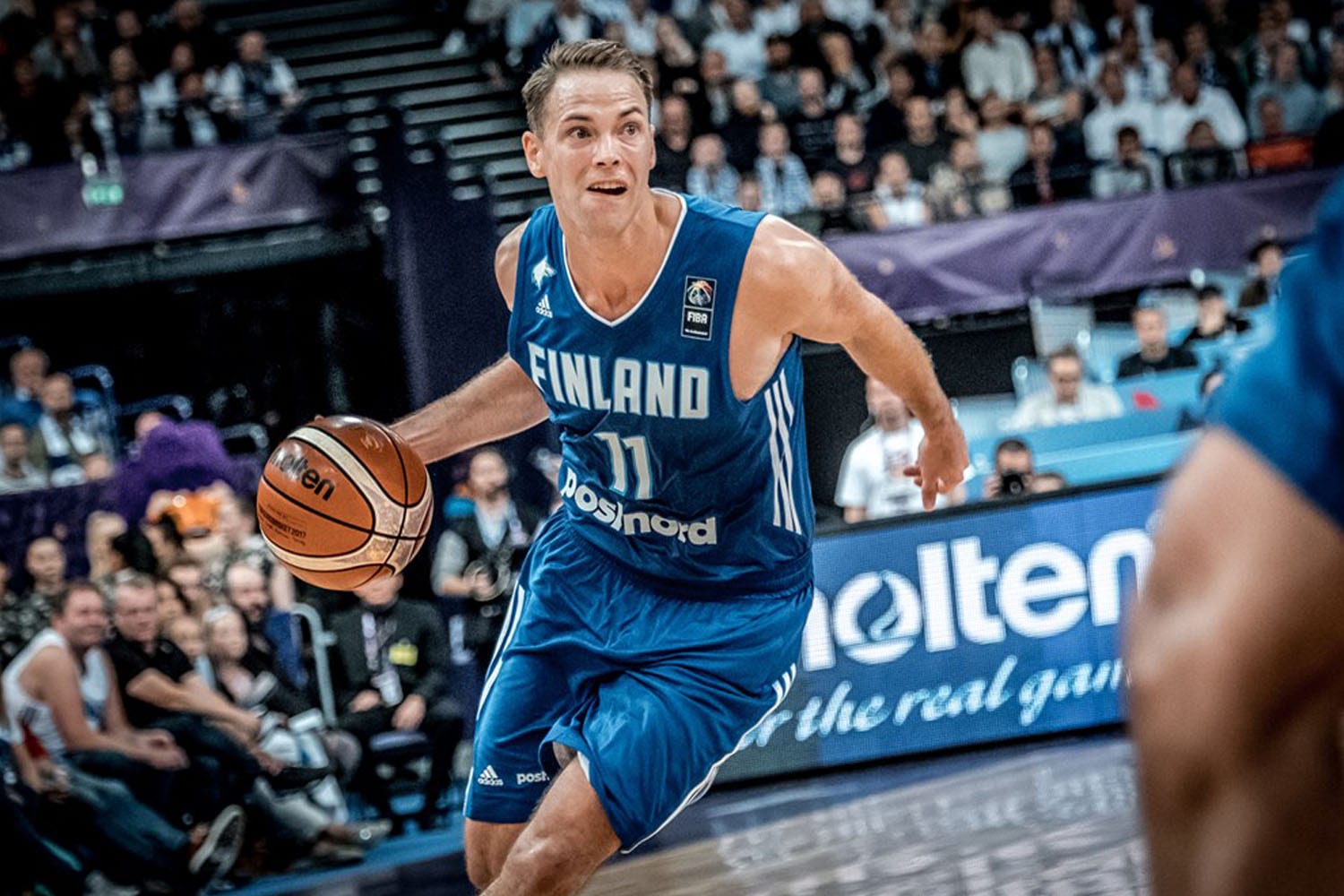 By beating Greece, 89-77, the surprising team of Finland already has qualified for the round of 16 of Eurobasket. Supported again by a cheering crowd of 13.000 in Helsinki Arena it was veteran Petteri Koponen who led the way for Finland. Koponen’s huge production brought a big smile on everybody’s face in international basketball as a year ago, he wasn’t even sure he would be able to walk on a basketball court again.

Just weeks after Koponen signed a contract with Barcelona in August 2016 he was involved in a serious car accident. The taxi Koponen was riding in, crashed with another vehicle that was traveling at high speed as it was being pursued by local authorities. Koponen was badly hurt and was hospitalized with a severe head injury. The police later confirmed they had arrested the driver who was over the drink-driving limit and fled after the collision. Koponen left the Intensive Care Unit after a few days but had to stay in bed for over a month, not being able to do anything.  Barcelona made a special T-shirt for players to wear, saying ‘Good luck, Petteri’, written in Finnish. Teammate Tyrese Rice also put Petteri’s signature on his shoe.

Fortunately, Koponen made a complete recovery and after two months he made his return to a basketball court. During Eurobasket Koponen is proving he is back to his old self. Not only did he have a stellar performance versus Greece, in the double overtime win over Poland he played a pivotal role too, scoring 21 points. No team will like to play dark horse Finland in the round of 16 facing not only The Great Blond Lauri Markkanen, but also a redhot Koponen.