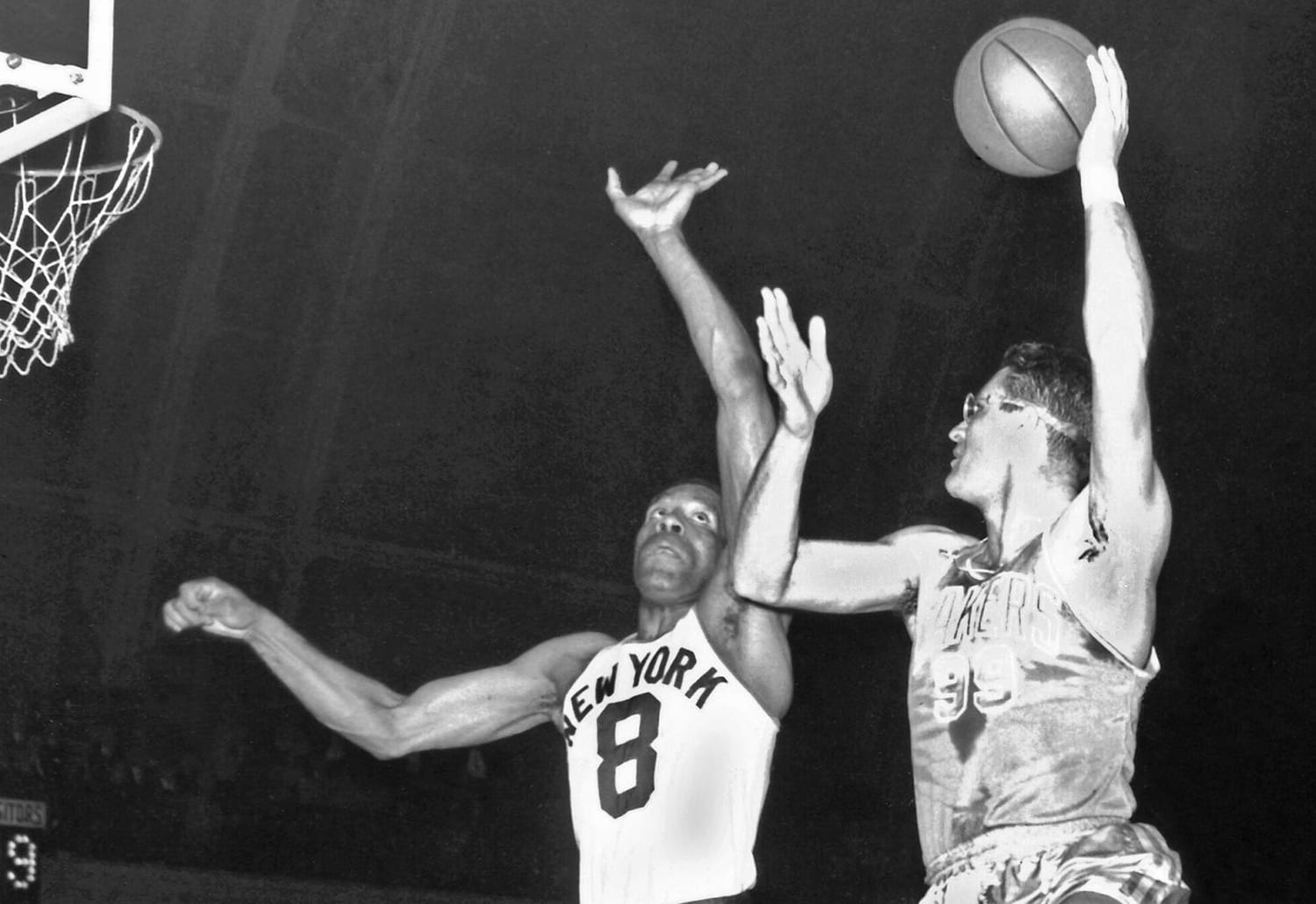 If you would come across a photo of George Mikan, a tall guy with thick, round glasses, you would never expect that this was once one of the best players in the NBA, and yet he was.

Even now, the legacy of Mikan continues to be visible in the league. Before Mikan came to the NBA, it was thought that tall players were to awkward to play good basketball. As we all know now, this was not true, and Mikan became one of the first big men in the league. Mikan even became one of the pioneers of basketball, as he could rebound, block shots and had an unstoppable ambidextrous hook shot. It was definitely an advantage for him that the NBA had not adapted to big men in their league, and his aggressive, dominant play caused several rule changes. Among them were the goaltending rule, widening of the foul lane and the introduction of the shot clock.

The shot clock as we know it, was only introduced in 1955, but a game in the 1950-1951 game was an important factor.In that season, George Mikan was a very dominant player and averaged 28.4 points per game. So, it was quite normal that opponents were a bit intimidated by the play of Mikan. But, in this Minneapolis Lakers – Fort Wayne Pistons game, the Pistons were far more than ‘a bit intimidated’. The moments the Pistons got a 19-18 lead in the game, they stopped actually playing and just passed the ball around for the rest of the game, not even trying to score the ball. They decided that that was a better option than giving Mikan the chance to get the Lakers the lead. Therefore, this became the lowest scoring game in the history of the NBA, with a final score of 19-18 for the Pistons. Despite the fact that it was the lowest score ever, Mikan managed to set a positive record, namely that he scored 83.3% of his team’s score (15 out of 18).

Overall, Mikan managed to get two important things in basketball named after him. The first thing was the exercise that was used to practice his wellknown ambidextrous hook shot, that was named the ‘Mikan Drill’. Furthermore, the widening of the foul lane was also named after Mikan, namely the ‘Mikan Rule’. This rule should have made it more difficult for the big men to post up, as they had to cross double the distance to avoid the three seconds rule. The new rule slowed Mikan down a bit, as his average went down from 27.4 points per game to 23.8 per game, but he still remained a dominating player.

Throughout his career, Mikan won seven NBL, BAA and NBA championships and an NBA All-Star Game MVP trophy. Furthermore, he was selected into the NBA All-Star games several times throughout his career. As he was a pioneer in basketball, he was inducted into the Naismith Memorial Basketball Hall of Fame in 1959, three years after he retired (for the second time). Nowadays, George Mikan can still be seen in his iconic pose, the hook shot outside of the Timberwolves Arena.