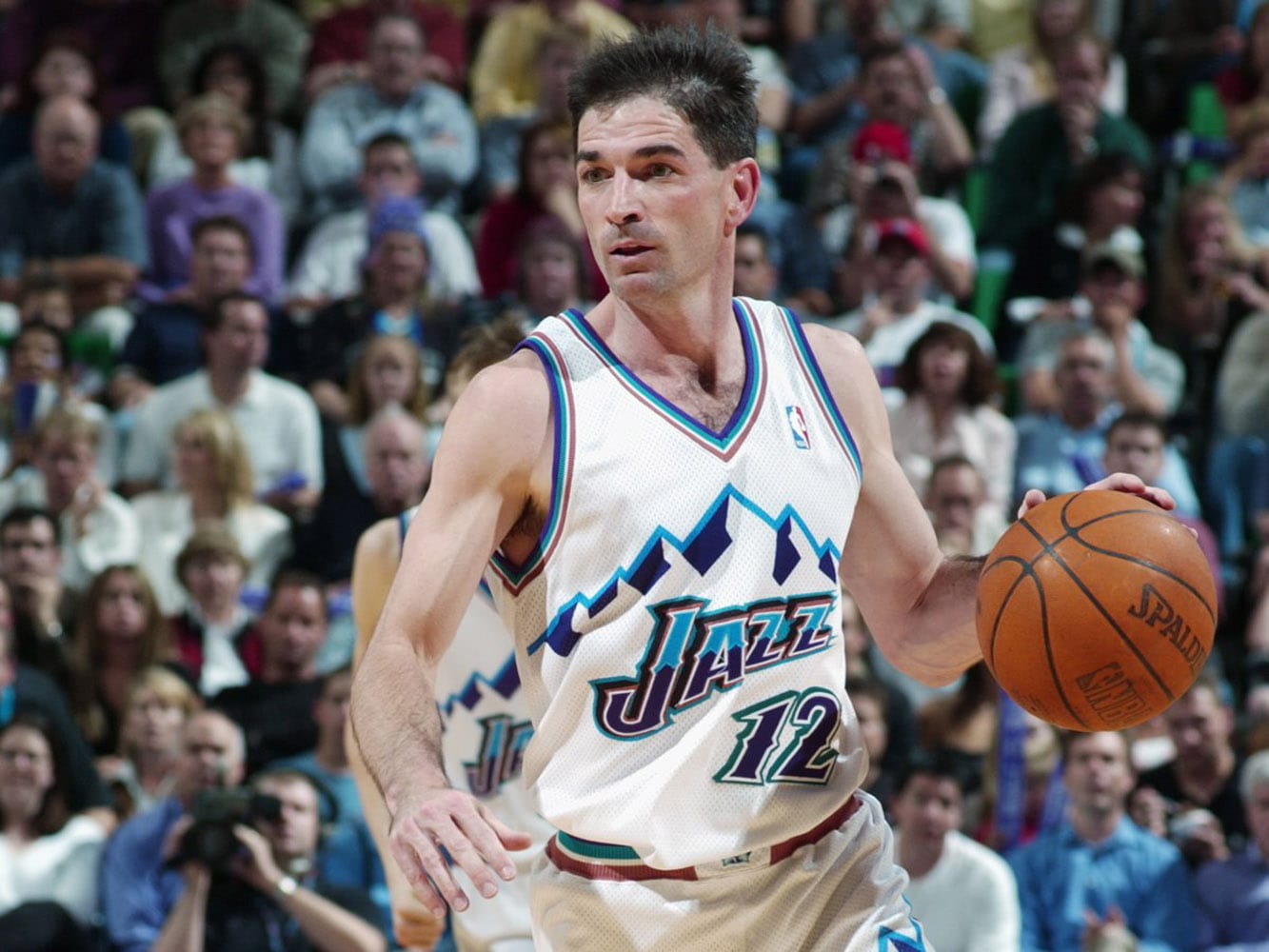 This week, you might have seen a familiar looking name on the back of a Jazz jersey: Stockton. No, John Stockton hasn’t decided to make a comeback in the NBA at 56, but it was his son, David Stockton, who earned a ten-day contract with the Jazz. Though he only played three minutes in the game, the Jazz have offered him a second ten-day contract since then. But, seeing another Stockton in the Jazz’s colors, reminded us of the old days when the Jazz’s point guard was one of the best point guards in NBA history.

John Stockton was selected with the 16th pick in the 1984 draft, but as he wasn’t really on anyone’s radar during his college years, the fans weren’t very enthusiastic and no one knew what to expect of him. And, if they had expected something, it probably wouldn’t have been his 19-year career with Utah. Stockton himself didn’t even think he would last more than a year in the NBA, and he waited four months before making a big purchase: a TV to watch the Superbowl.

He was different than most guards in the league, as he didn’t use flashy moves or complicated dribbles to pass his man, but stood out because of his great (bounce) passes, pick-and-roll actions, both with and without the ball, grabbing steals, his overall mentality and he was a decent scorer as well. That wasn’t the only facet where he stood out, as he managed to play all games in 17 of his 19 season, and only missed 22 games in his entire career. Furthermore, he didn’t record a triple-double until he was 39, as he had never grabbed more than 9 rebounds (or 9 steals) in a game.

Together with Karl Malone, he formed on of the best duo’s in NBA history. They were seen as the perfect embodiment of a pick-and-roll duo, and if they executed it right, they were unstoppable. They are also considered to be two of the best players that have never won a championship in their career, though Stockton reached the playoffs in each of his NBA seasons.

Though Stockton received a lot of offers of other teams, he spent his entire career with the Utah Jazz. And, even at the end of his career, at 41, he still remained a huge value for the Jazz and was still part of the starting lineup. In total, Stockton started 1300 out of 1504 games in his entire career. Nowadays, he still holds the record for most assists and steals in the league by a big margin.