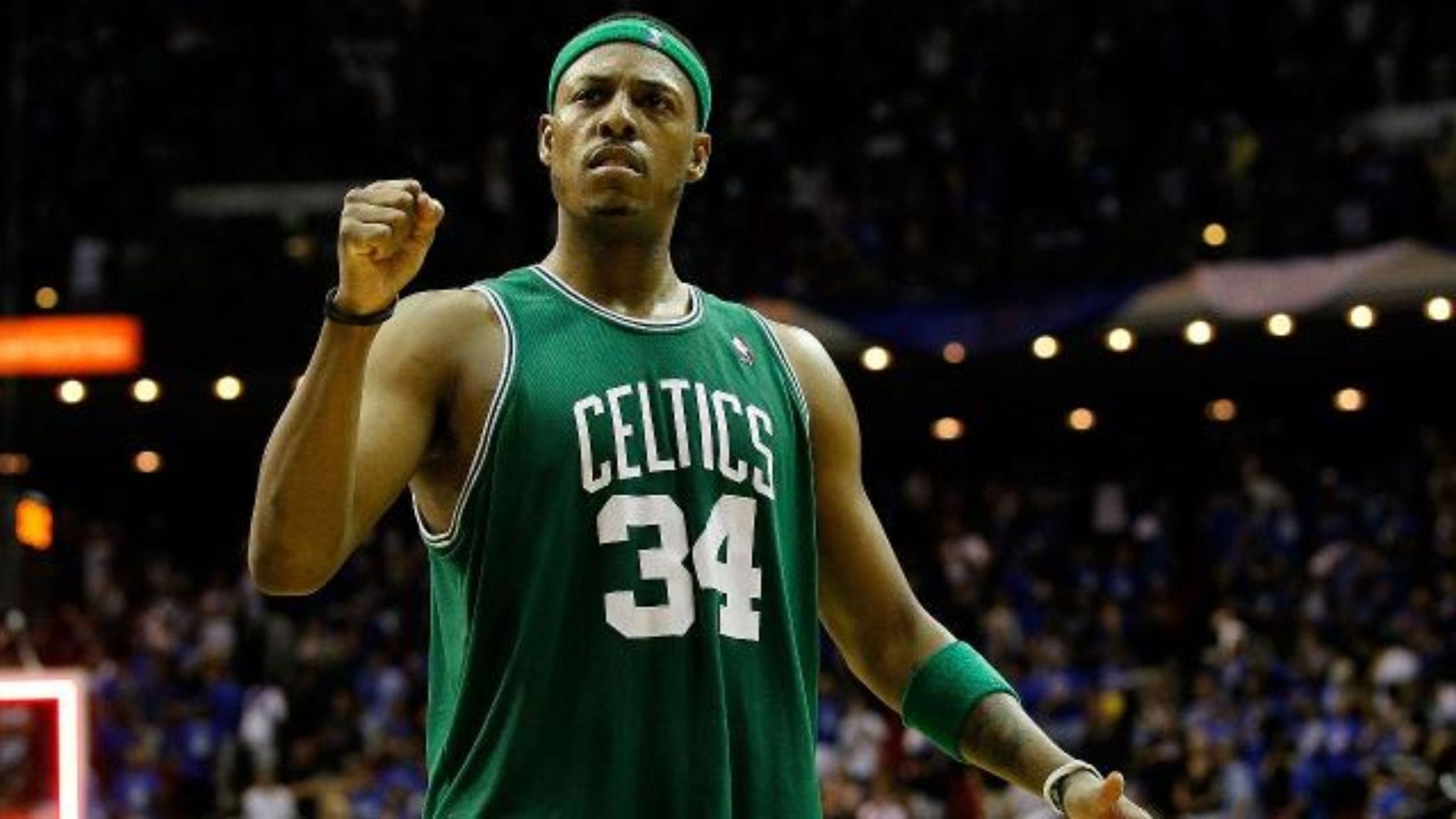 Paul ‘the Truth’ Pierce was an efficient player, who was able to create a lot of space in the offense. His jumper was quite unorthodox, but that enabled him to get his shots off easily and to hit a high percentage of those shots. Furthermore, he had a competitive mentality and the confidence to go with that.

Pierce had a frustrating first few years in the NBA, as the Boston Celtics lost quite a lot. His first point of frustration even happened before he was drafted into the NBA. Pierce expected to go early in the draft, but he had to wait for the 10th pick. The story even goes that he called out the names of the nine players that were drafted before him every time he hit a jumper in his first season.

On September 25, 2000, Pierce was stabbed in his face, neck and back in the poolroom of a nightclub and he needed a lot of surgery to repair the damage that was done. But, even though it was very serious, Pierce was back in the Celtics’ starting line-up a month later. Furthermore, he was the only Celtic that started all 82 games that season.

Pierce was used to being the star of the team in his first seasons, but that changed when the Celtics acquired Ray Allen and Kevin Garnett in 2007. Together with Pierce, they would form the ‘Big Three’ and they immediately set their goals to winning the title. This was a big change for Pierce, as he no longer had to lead the offense in scoring, which meant that he started to focus more on the defensive side of the game. It would prove to be a difficult road to the Finals, as the Celtics needed all 7 games in the play-offs to beat both the Hawks and the Cavaliers. In the first game of the Finals against the Los Angeles Lakers, Pierce had to leave the court in a wheelchair with a serious looking injury. Luckily, he could return a few minutes later. After the Celtics won the title, Pierce was named the Finals MVP.

Eventually, after he had played 15 seasons with the Celtics, he was traded to the Brooklyn Nets. Though he would only play there for one season, he did manage to move up the all-time scoring list and all-time three-pointers list. A couple of seasons later, Pierce ended his career with the Los Angeles Clippers. He had already announced his retirement at the beginning of the season, and that led to an emotional last game in Boston.

Finally, as Pierce spend the most time with the Celtics, was drafted by the Celtics and ‘bled green’, he wanted to retire as a Celtic. Therefore, he signed a contract with the Celtics on July 2017, in order to retire the way he wanted, as a Celtic. Pierce still holds several Celtics’ records, such as ‘Oldest Celtic to score 40 points in a game’ (35 years, 2 months, 6 days), ‘Most free-throws made in one season’ (627), ‘Most free-throws made’ (5808) and ‘Most three-point field goals made’ (1578).

On February 11th 2018, Paul Pierce’s jersey will be retired by the Celtics.