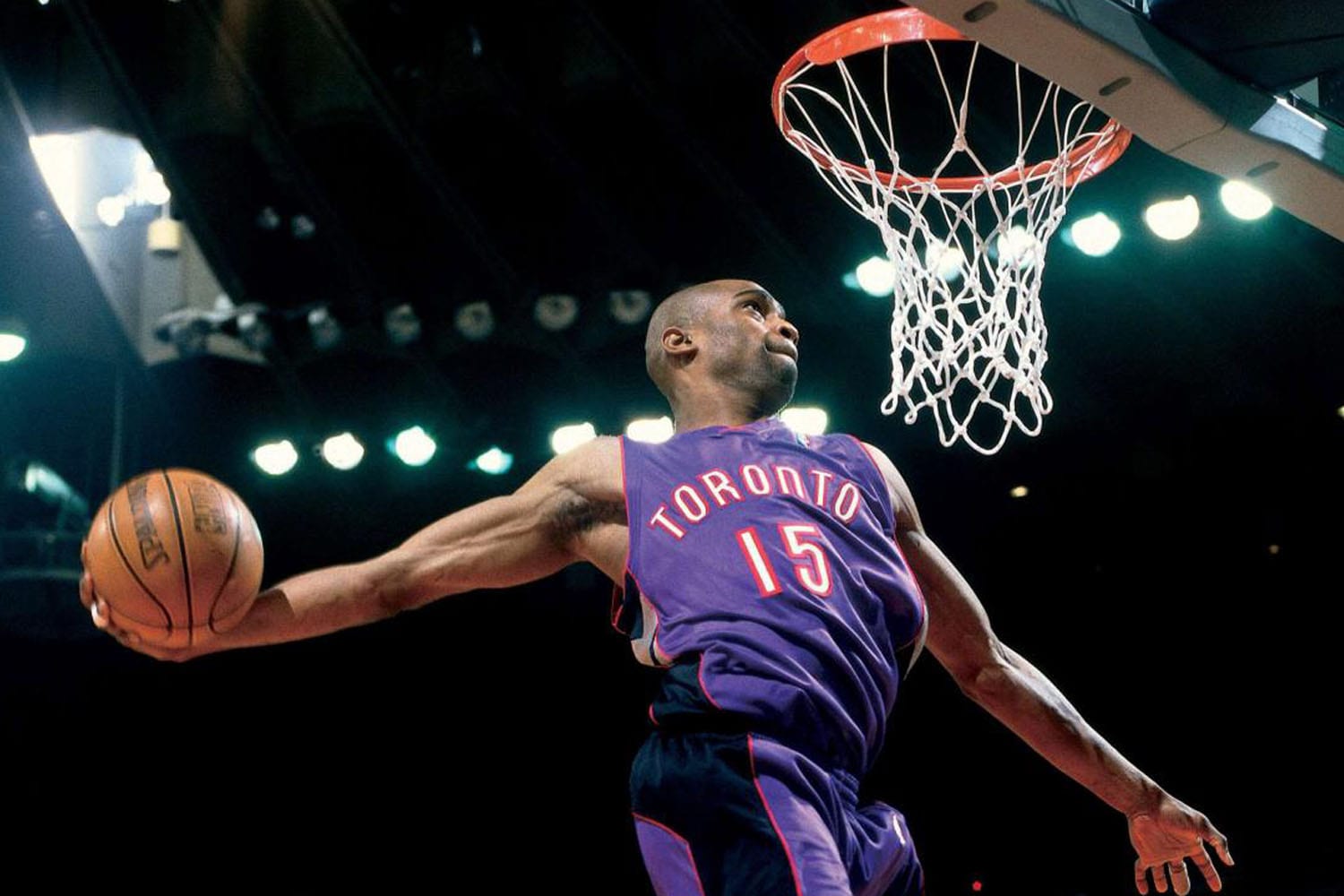 Vinsanity, Half-Man, Half-Amazing, Air Canada. These are all names to describe one man: Vince Carter.

Now, in 2018, Carter has scored just under 25.000 points, 24.788 to be exact, and that number is still going up. This season, he is averaging 5 points per game, which means he’ll need about five more games before he’ll pass Patrick Ewing on the All-Time scoring list and move into the 22th place on the list. Furthermore, Carter is also 8th on the list of most three-pointers made. Vinsanity is 20 seasons into his NBA career, 41-years-old, still plays 17.6 minutes per game, and he is still going strong. He might not show his leaping ability and crazy dunks as often as he did at the beginning of his career, but he has definitely not lost the skill.

Carter started his career with the Toronto Raptors in 1998, and immediately won the Rookie of the Year award. He quickly became a fan favorite, as he showed his ability to make amazing slam dunks, and he helped the Raptors reach their first play-off appearance in his second season. His efforts definitely didn’t go unnoticed, as he made it into the 2000 All-Star team and he was selected to be part of the Dunk Contest.

In his 20-season career, that Dunk Contest probably remains the most memorable moment in his career. He arguably put on one of the best shows in the history of the event, performing several great dunks, among which a 360 windmill dunk, and won the contest.

When the Raptors didn’t qualify for the play-offs in the 2003-2004 season, and the Raptors refused to make any real changes, Vince Carter started to become unhappy with the situation. At that point, the Raptors made clear that they didn’t care about the number of wins, or if the team made it into the play-offs, but only about establishing the Raptor philosophy. A couple of months into the season, Carter was traded to the Nets. This move definitely wasn’t appreciated by the fans of the Raptors, and fans burned his jersey and booed him whenever he returned to play in Toronto. This treatment continued for years.

Almost exactly ten years after his trade to the Nets, Carter returned to Toronto to play against the Raptors with the Memphis Grizzlies. The Raptors decided to broadcast a tribute video of Carter, as a part of the anniversary of the Raptors. But, as Carter wasn’t really accepted by the Raptor fans since the trade, and he was still booed whenever he played in Toronto, nobody was sure how the video would be received. As could be expected, the fans started booing Carter at first, but this soon turned into a standing ovation for Air Canada.

This season, Vince Carter is playing for the Sacramento Kings, he might not be scoring as much as he did in the beginning of his career, make as much dunks as he did, but he did manage to set a record for most points of the bench, with 24 points, for a 40-year-old player, and he is still living his basketball dream.