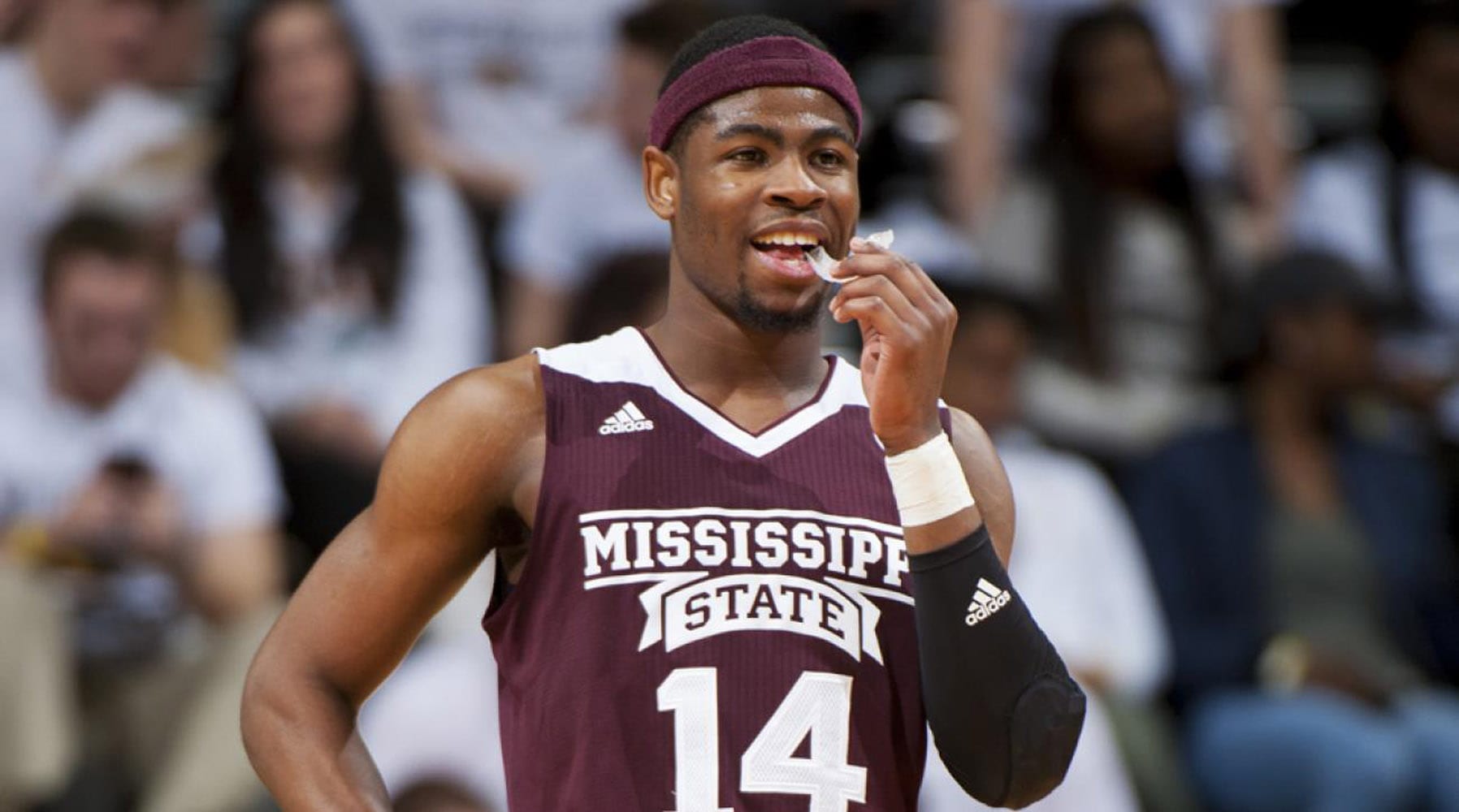 If you haven’t heard about the high-flying, mustard-eating, scoring-machine named Malik Newman, then it’s fair to say that, as a basketball fan, you’ve been living under a rock for the past couple of years. Malik Newman burst onto the national basketball scene as a high school junior when the first of his many mixtapes went viral. Rarely do basketball fans see such an explosive high school talent in terms of both play and personality. Malik Newman was a walking bucket. A former 5 star recruit, Newman was a top 10 prospect coming out of high school. With comparisons ranging to players like Stephen Curry, one could say that expectations for the kid were high.

Malik Newman chose to play college ball for his father’s alma mater, Mississippi State. A mid-major school lacking in media coverage and wins, some thought this a questionable decision for the young phenom. But Malik wanted to follow in his father’s footsteps and continue the family legacy. Many thought that at a smaller school with less talent around him, Newman would dominate much like he had in high school. Even professional scouts hypothesised that there would be no stopping the young Newman. He was selected to the preseason second team ALL-SEC, an honour for any player straight out of high school. Unfortunately, the rest of his road was not so clearly laid out.

Shortly after committing to Mississippi State, on April 24, 2015, he was faced with his first obstacle. Newman had to start the season on the bench due to a turf toe injury. With his coach in no rush to get him on the floor and risk further injuries, Newman started his career with less momentum than expected. Mississippi State went on to win its first game of the season as Newman looked on from the sideline. When he was finally ready for action, Newman delivered a less than stellar introductory performance. On his debut, and Mississippi State’s second game of the season, Newman produced just six points on 2 of 8 shooting, missing the potential game-tying free throws with just 46 seconds remaining. Unfortunately, the star freshman’s struggles would continue throughout the remainder of the season, as he finished the season with averages of 11.3 points, 2.8 rebounds, and 2.2 assists.

To the uninformed eye these numbers might not seem too bad. In fact, any freshman could have posted similar numbers and it would have been considered a successful season. However, Newman was not ‘any’ freshman, and to better understand his season, you need to look past the simple stats.

Newman shot a shockingly low 39% from the field, while averaging just 2.8 rebounds and 2.2 assists per game. Clearly this was not a stellar first collegiate season. Everyone knew he was a scorer coming out of high school, but standing at just 6’2, fans and scouts wanted to see how Newman could develop as a playmaker, a role that would be key if he were to make it in the NBA. His 2.2 assists per game and his negative assist/turnover ratio indicated that Newman had not made the necessary strides as a playmaker, and to top it off, “the walking bucket” was shooting only 39/37/69. The very thing that he had built his hype on was now bringing him down, his shot.

To the surprise of many NBA scouts and experts, Newman entered his name in the 2016 NBA draft and then quickly withdrew it. Most thought he needed another year in college before he’d be ready to go pro and apparently, after a bit of thought, Newman agreed.

Malik then transferred to Kansas which, unlike Mississippi State, has a renowned basketball program, full of talent. Newman not only needed to prove he could be a better playmaker and more efficient scorer, but he needed to prove that he could fit in without being the focal point of the team. This had to be Newman’s season. It was do-or-die.

Fast forward six months, and it is clear that Newman’s second time around has been a lot more successful than his first. Kansas is currently in the Final Four of the NCAA tournament, due in large part to some heroic efforts put forth by the sophomore, who has proved all of the doubters wrong along the way. Although it took some time for him to find his stride, Newman is finally showing development in the areas he once struggled with. Newman has proved that he can fit in to a winning team without necessarily being their centerpiece or leading scorer. Furthermore, he is shooting 46/41/83, regaining his marksman status. To top it all off, he just dropped 32 points against powerhouse, Duke University, in order to carry Kansas to the Final Four of the NCAA tournament.

His recent tear on the court has placed Newman back on the NBA radar as the 2018 draft approaches. In four tournament games, he’s averaging 21.8 points, and shooting 48/45/91. It’s looking like Newman has finally turned the corner and is ready for the jump to the next level. Let’s hope he can finish his campaign strong and solidify his position as a lottery selection in the upcoming draft. Kansas will face Villanova on Sunday, April 1, as both teams fight for a birth to the NCAA Final.

One on One with Fleur Kuijt