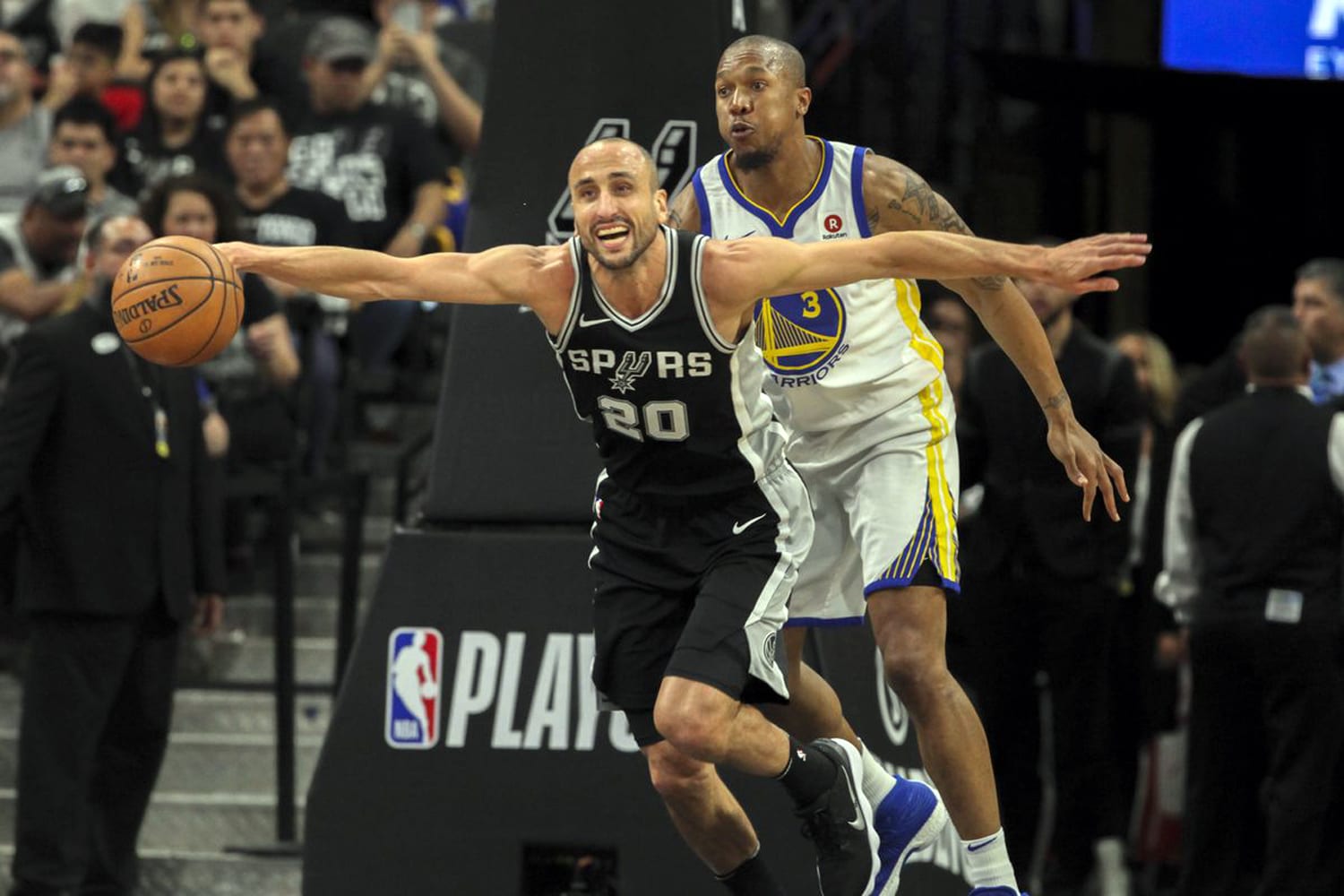 Tonight, the San Antonio Spurs have another chance to fight themselves back into the series against the Golden State Warriors, or at least prolong it for one more game. It might also be the case of keeping Manu Ginobili’s 16th season alive. He has reached the age of 40, is the second eldest active player in the NBA, and has just set the record for the duo with the most playoffs wins together with Tony Parker (132). It’s probably no surprise that Tim Duncan and Parker can be found on the second place (131) and Ginobili and Duncan are third with 126. How can it be any other way if you haven’t missed a post-season in your entire career.

Ginobili’s age definitely isn’t slowing him down, as his minutes have actually gone up from the last two seasons, to 20 minutes per game. Even in this playoff series against the Warriors, Manu managed to take his team by the hand, prevent a 4-0 sweep, and win the fourth game in the series. He ended the game with 16 points, 10 of which made in the fourth quarter. Not bad for someone who was once the 57th pick in the draft.

Manu, though he’s still very efficient, might not stand out in the regular season anymore, but the playoffs are a whole different story. He just manages to give just that little extra that is needed to win close games. Last season, he took over in game 5 of the Western Conference Semi-Finals against Houston, as he showed flashes of his old self with an old school dunk, and stopped James Harden from tying the game in OT with a great block from behind.

But, Ginobili proved his worth as a postseason star long before that. In his third season with the Spurs (2004-2005), Manu’s scoring average had already gone up from 12 to 16 points per game. In the playoffs, he upped his game even more, and scored 20.8 points in 33.6 minutes and definitely left his mark. Finally, the Spurs won the championship, but Ginobili lost the MVP award to his teammate Duncan.

Everyone knows that no team has ever overcome a 3-0 deficit in the playoffs, but it ain’t over till it’s over, and as long as there is still time on the clock, the Spurs have a chance. And game 5 is yet another opportunity for Ginobili to have a great performance in the postseason.