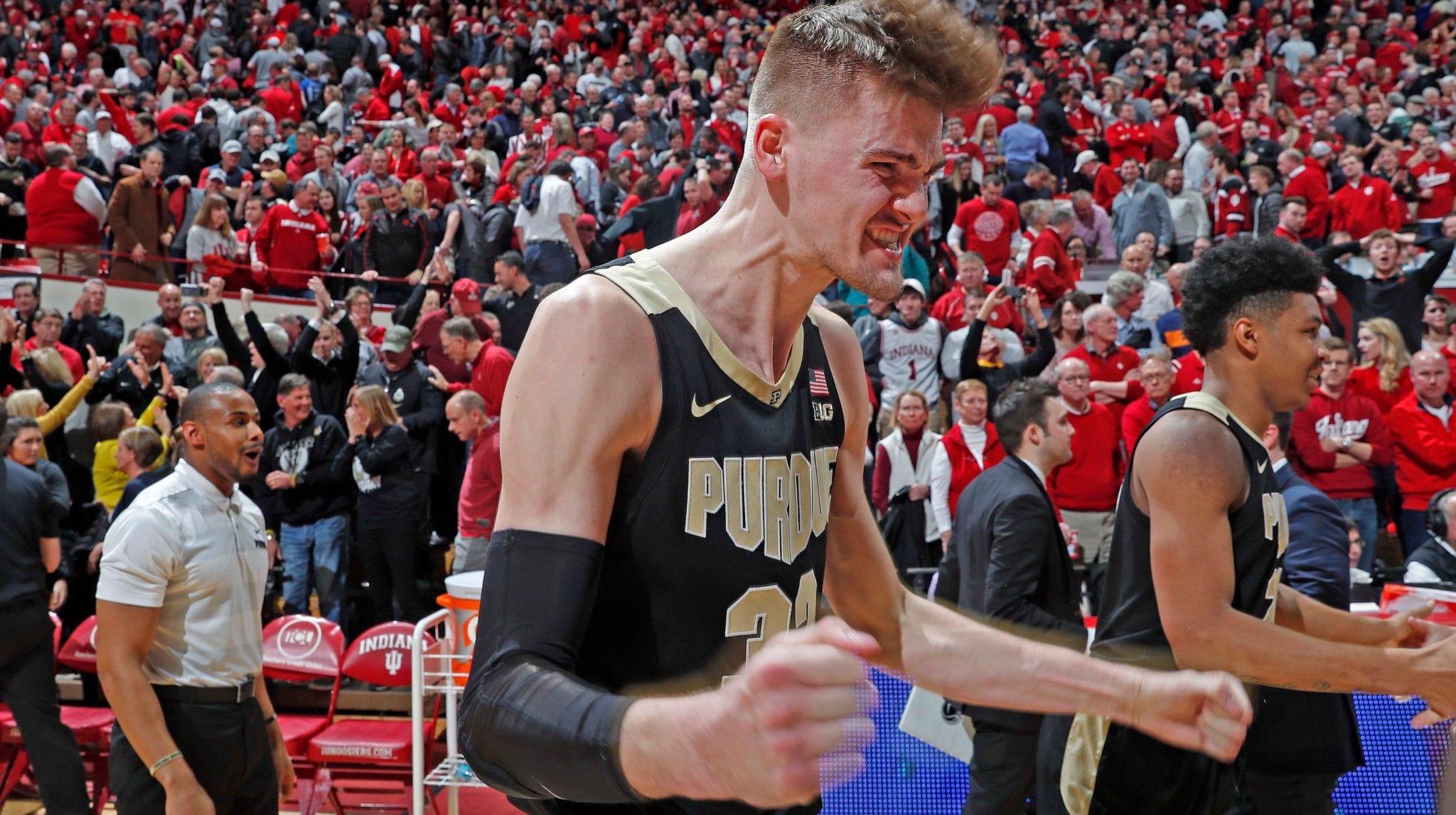 Sneaker History – The Bastard Child Of The Air Jordan 1

Matt Haarms had a very good week with Purdue. On Saturday, he scored 18 points against Penn State (with a three-pointer!), a game that was won by Purdue with 76-64. On Tuesday, Haarms experienced one of the most beautiful moments of his basketball life. In the away match against arch-rival Indiana, he scored the winning points of the game in the final seconds with a tip-in. A week not to be forgotten. Of course, We are Basket wanted to know how Haarms experienced it.

You got a great victory in Indiana, and you made the deciding tip-in just before time. How did that feel?

It feels great, winning a game that way is always good, but getting such a win in an away game against our rival makes it extra special. The best part was how quiet it was at the end, we were the only ones that were still cheering.

How was it in the locker room afterwards?

The dressing room was crazy, everyone was super hyped and it was a madhouse until the coach came in. Great feeling afterwards because everyone was just in a great mood.

You even had an assist with your head by accident. A pass went off your head, and ended up in the hands of a teammate who scored. Well done. Did you get an assist for that?

I actually have no idea, I think I should’ve. I think it was hilarious that we managed to score out of that play. Normally, when you throw the ball against someone, it’s a turnover, so to get a score in that way, especially in a close game, is great.

Can you describe the rivalry between Indiana and Purdue? Is this the most important game of the season for you?

This is definitely the most important game of the season. Indiana-Purdue has been the big rivalry since the beginning of college basketball, and it has only grown since then. For me, as a Dutchman, it can be compared with Ajax-Feyenoord, if I focus on the emotion that’s surrounding the game.

Winning on the enemy’s home court. How is that celebrated at the University?

We got home late last night, so I went straight to bed yesterday, but this morning on my way to class, people kept coming up to me to congratulate me with the win. It was cool to see that the whole school really follows Indiana against Purdue.

It was a low scoring game, 48-46. Was that because of all the tension, or was there very good defense?

It was a combination of good defense and bad offense. Luckily, you can win a game on your defense, if it was the other way around, with our offense, that wasn’t going great, we wouldn’t have made it. In a game with so little scores, it means that every possession is just a little bit more important, as a 6 or 8 point lead can mean the end of the game.

You had an altercation with De’Ron Davis of Indiana, and then you got booed the rest of the game. What does that do to you?

At that moment, I let my emotions play too big of a role, and that’s something I still have to work on, especially in important games. On the bench, just after that moment, I just had to focus on the team, and the things I could do personally to help win the game, on the bench and on the court.

And now, what is your goal for the rest of the season? You’re currently tied for first place in the Big Ten.

A Big Ten title is now our first goal, but we will first have to achieve that. We aren’t there yet. First, we’ll have to play several difficult games, so we can’t look too far in the future. Let’s win the upcoming games first. Nebraska will be our next opponent on Saturday. So, right now, we’re already preparing for that game, and that way we’ll continue to be in a good position for the title.

Sneaker History – The Bastard Child Of The Air Jordan 1