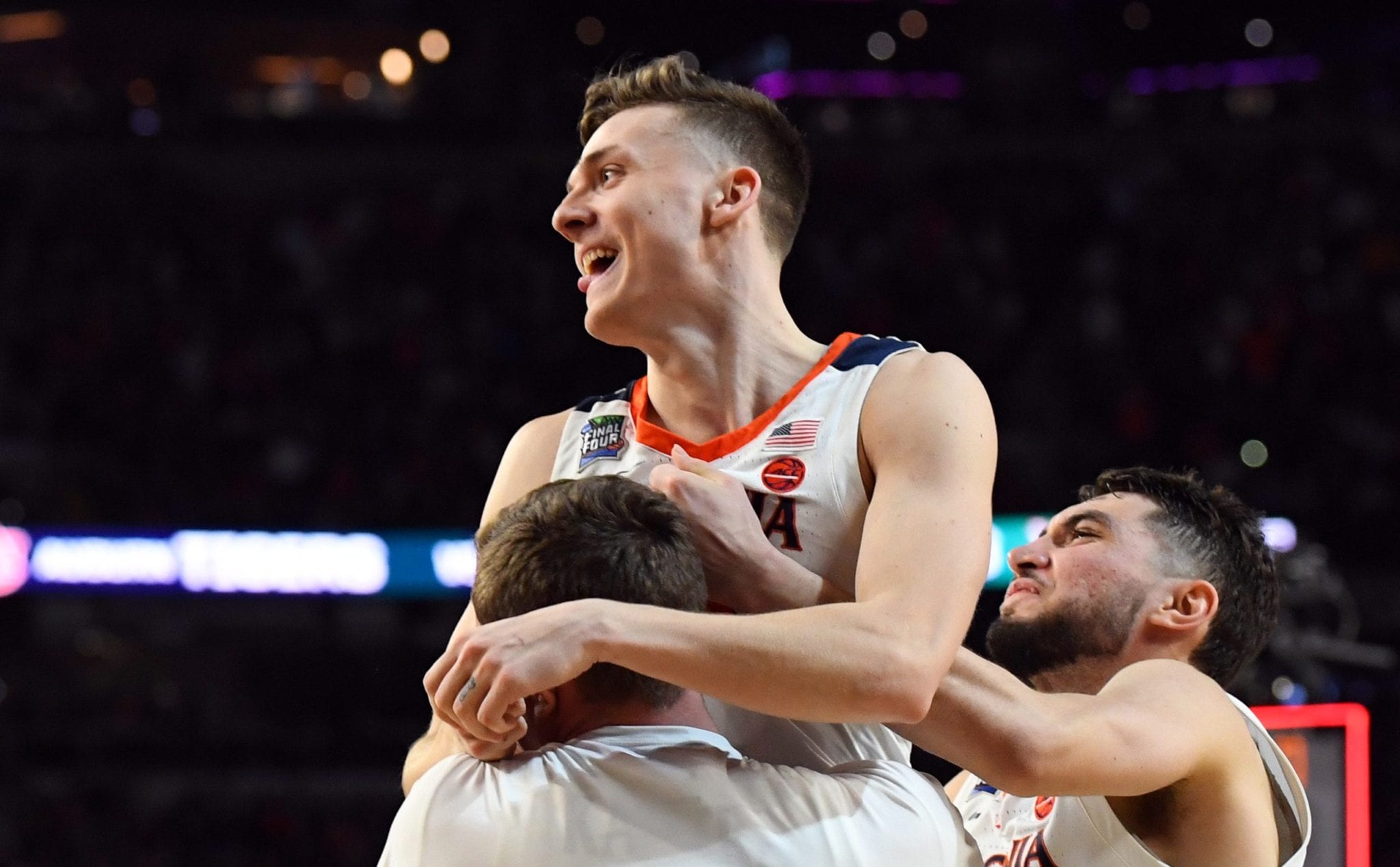 Tonight, the Virginia Cavaliers will play the Texas Tech Red Raiders in National Championship game. It has been an exciting March Madness, as there were several upsets, the favorites, such as Duke, North Carolina and Gonzaga were send home early, and only two teams were left standing. Later today, Virginia and Texas Tech will do their best to make it an exciting final. But, what were the most exciting title games of the last 20 years of March Madness?

This was a battle between two no. 1 seeds, and two future NBA stars: Derrick Rose and Mario Chalmers. As was expected of two #1 seeds, it proved to be a very tough and close game, with both opponents being very evenly matched.

Derrick Rose seemed to give Memphis the win with some late-game threes, but the Jayhawks refused to let go and kept fighting, sending the game to overtime. There, Kansas proved to be more eager, and ended the game with a 76-68 win.

Duke hadn’t won a championship in 10 years, so the team was set on taking the title home this time around. On the other side, Butler was riding their ‘Cinderella high’, as they were a mid-major team that made it all the way to the Final. But, the Butler Bulldogs, led by Gordon Hayward, had one problem: their luck seemed to run out two minutes before the game ended.

But, somehow the Bulldogs managed to stay close to the Blue Devils, and who else than Hayward got a good look to take a shot, and maybe even take over the lead in the game. Unfortunately, the shot missed its target

It’s always a great matchup when two big names make it all the way to the Final, and these teams definitely lived up to their status in the title game. Both teams went into the game with different expectations, as North Carolina was the reigning champion and the Tar Heels were trying to get back-to-back titles, while this was Villanova’s first appearance in the Final in 30 years.

For the longest time, it seemed like the Tar Heels were going to win their second title, but the Wildcats didn’t want to go home without putting up a fight. That definitely proved to be the right call, as Villanova came back from their deficit, and gave them a 10-point lead with a little over five minutes left.

But, the Tarheels put on one last stand, as Marcus Paige made one final three in the last seconds of the game, seemingly sending the game to overtime. But, with less than a second to go, the Wildcats’ Kris Jenkins took a three, giving Villanova the win and the championship with a buzzer beater.

It had been a long time since Syracuse had appeared in the Final of the NCAA Tournament, and as they lost that game (1987), it wasn’t a good memory. This time around, they had a freshman star on their team named Carmelo Anthony, so the odds were definitely in their favor.

Anthony stayed true to his college status, and got Syracuse the win in a close game (81-78).