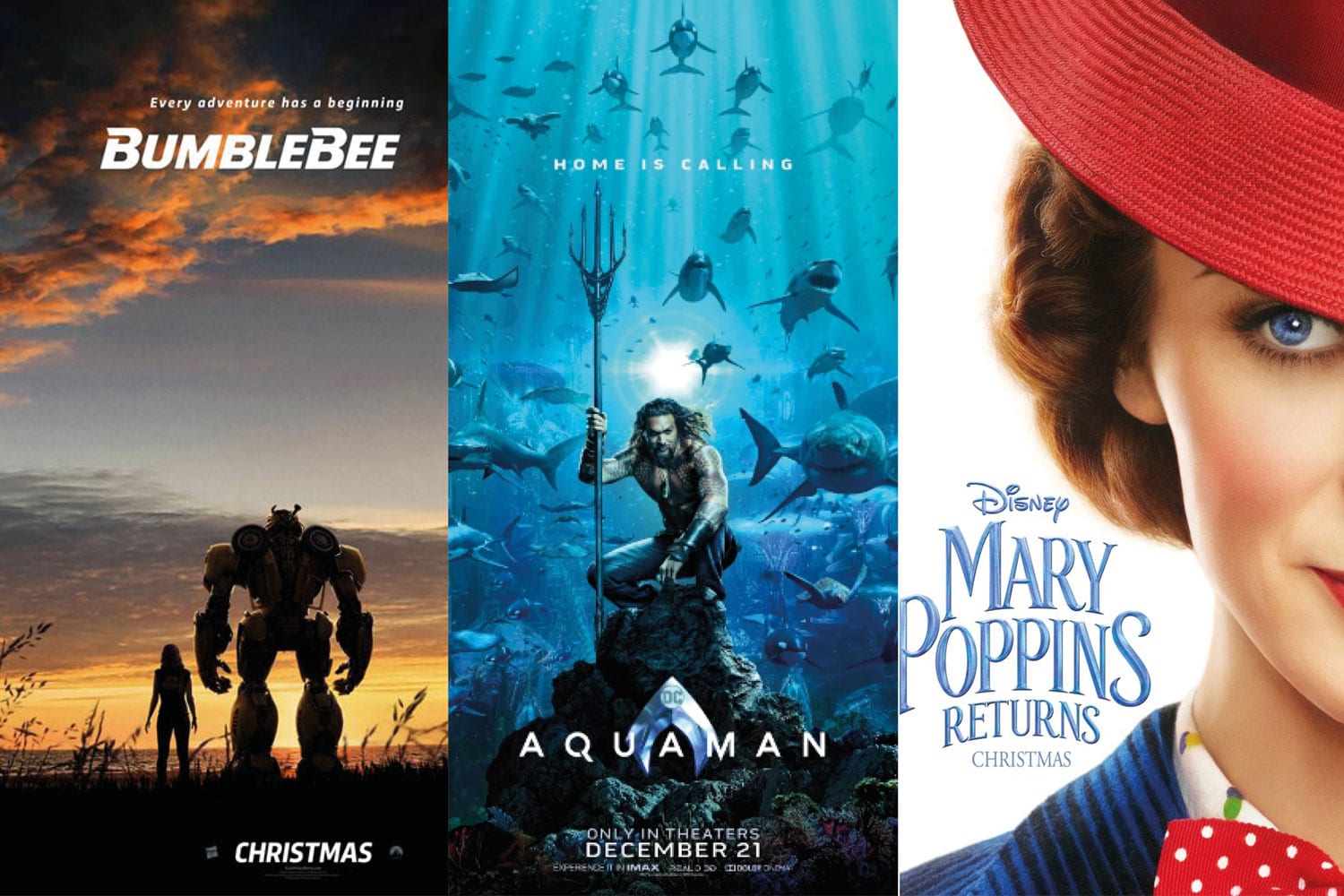 Cities That Should Have an NBA team

It’s a new month, which means there are tons of new movies coming out. December is gonna be filled with movie nostalgia and long-awaited prequels and sequels. We dive into the story of one of our favorite Justice League members and get into the Christmas spirit with Mary Poppins.

Mortel Engines is film director Peter Jackson’s latest endeavor based on the 7-part book series by author Philip Reeve. Jackson is famous for bringing stories like Lord of the rings, The Hobbit and King Kong to life with his incredible cinematography, setting the bar very high for this upcoming movie. The post-apocalyptic science fiction film takes place in a world where the human race has almost been completely destroyed. The survivors live in giant city’s built on wheels. There is, however, a shortage in fuel which leads to the cities going at war with each other in order to claim the last remaining source of survival.

The DC universe is set to take us on an incredible underwater cinematic adventure with the origin story of the legendary Aquaman portrayed by none other than Jason Momoa. The tale centers around Arthur Curry who happens to be half human and half Atlantic. Little does he know, that he’s the one true ruler of the seven seas. One a breathtaking adventure Curry discovers his true destiny and will do whatever it takes to get back his kingdom.

This Winter Emily Blunt will grace the big screen with her embodiment of the worlds most iconic babysitter, Mary Poppins. Blunt will once again share the screen with her legendary Devil Wears Prada co-star, Meryl Streep in this magical holiday adventure.  Mary Poppins returns to the now grown up Banks kids who once again seemed to have lost their way. The movie is full of the Disney magic, music, and joy you’d expect during the holiday season.

B is for Baller – The Ultimate Basketball Alphabet

DC’s Aquaman isn’t the only origin story that will be appearing on the big screen this month. Iconic action-movie Director, Micheal Bay continues the Transformers franchise with the spin-off we didn’t know we needed, the origin story of the beloved character, Bumblebee. We all know Bumblebee as the fun-loving companion of Sam Witwicky, but the Transformers landed on earth long before he and Sam crossed paths. The story is set in 1987 when Bumblebee is found in a car graveyard by eighteen-year-old Charlie, portrayed by Hailee Steinfeld.

Cities That Should Have an NBA team