Entertainment
by We Are Basket 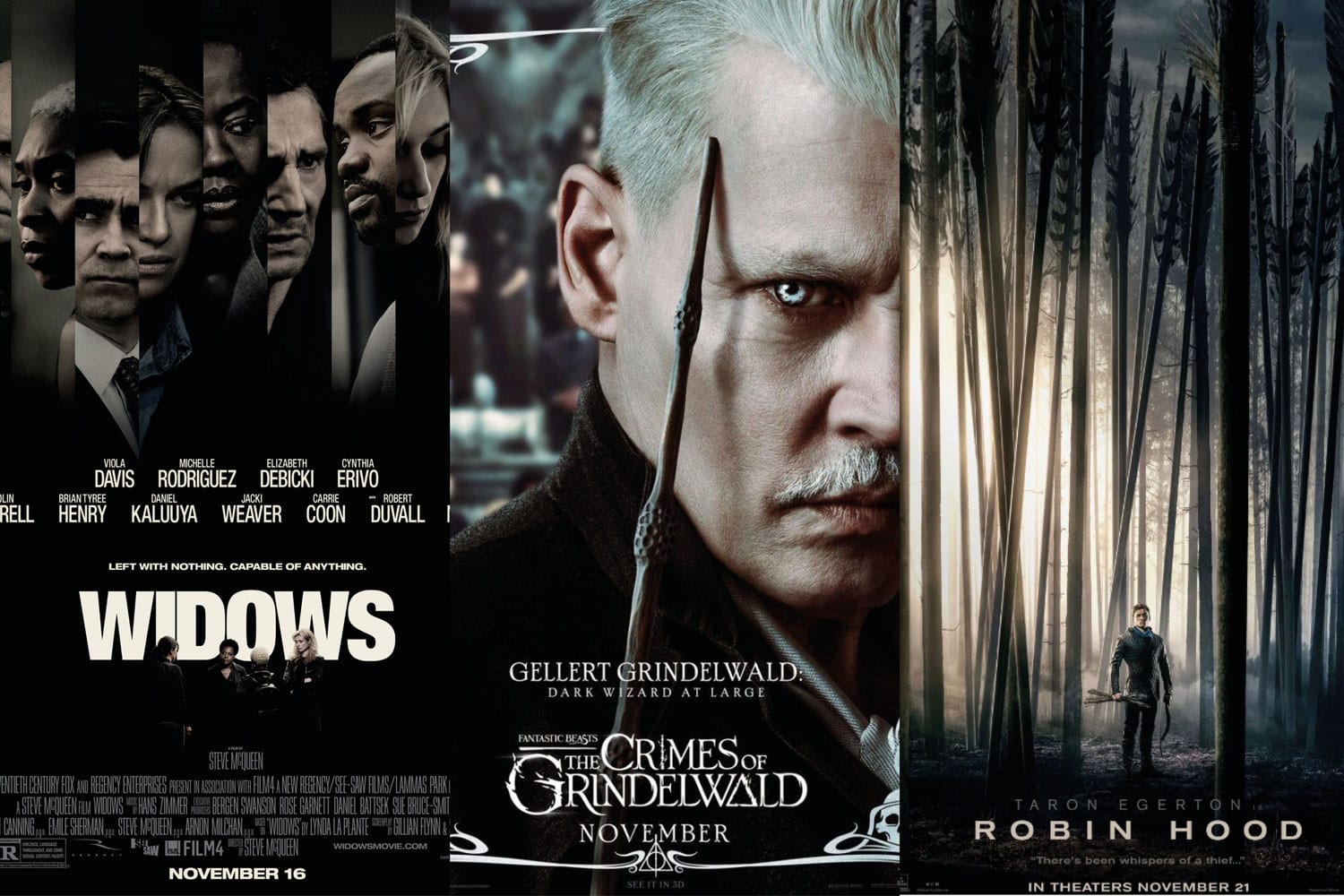 One on One with Matt Haarms

It’s a new month, which means there are tons of new movies coming out. November is definitely the movie month for you if you’re into dark fantasy. We dive back into the wizarding world with J.K Rowling, relive the classic tale of Robin Hood in a post-apocalyptic setting and explore the realms of Disney’s latest live-action movie, The Nutcracker.

1. The Nutcracker AND THE FOUR REALMS

This November Disney will bring the classic tale of The Nutcracker to life in a spectacular live-action adaptation. When a young girl named Clara is transported into a magical world of gingerbread soldiers and an army of mice, she goes on a mission to find the key that will unlock a precious gift from her deceased mother. Based on the trailer, the movie is already promising to be a sensational cinematic experience.

2. Fantastic Beast: THE CRIMES OF GRINDELWALD

Fantastic beast: The Crimes of Grindelwald is the latest sequel in the pre-harry potter wizarding world series created by J.K Rowling. The story continues after the events of the first movie when the dark wizard Gellert Grindelwald, portrayed by Johnny Depp escapes from captivity. Albus Dumbledore recruits his former student, Newt Scamander (Eddie Redmayne) in order to stop Grindelwald from pursuing his plan to clear the world of half-blood wizards.

This modern-day, action-fueled adaptation of the classic tale of Robin Hood is definitely worth a watch. When returning home from the crusades, Robin discovers his beloved Sherwood Forrest has become corrupted by the English crown and decides to take back the city with his crusaders. The fight-choreography is supposed to be mind-blowing as well as the overall filmography.

Widows is a modern-day thriller about crime, passion, and corruption. It tells the story of four women who have to deal with the consequences of the crimes of their late husbands. The four women, Veronica (Viola Davis), Alice (Elizabeth Debicki), Linda (Michelle Rodriguez) en Belle (Cynthia Erivo) decide to take their faiths into their own hands and do whatever it takes to protect their families.

One on One with Matt Haarms