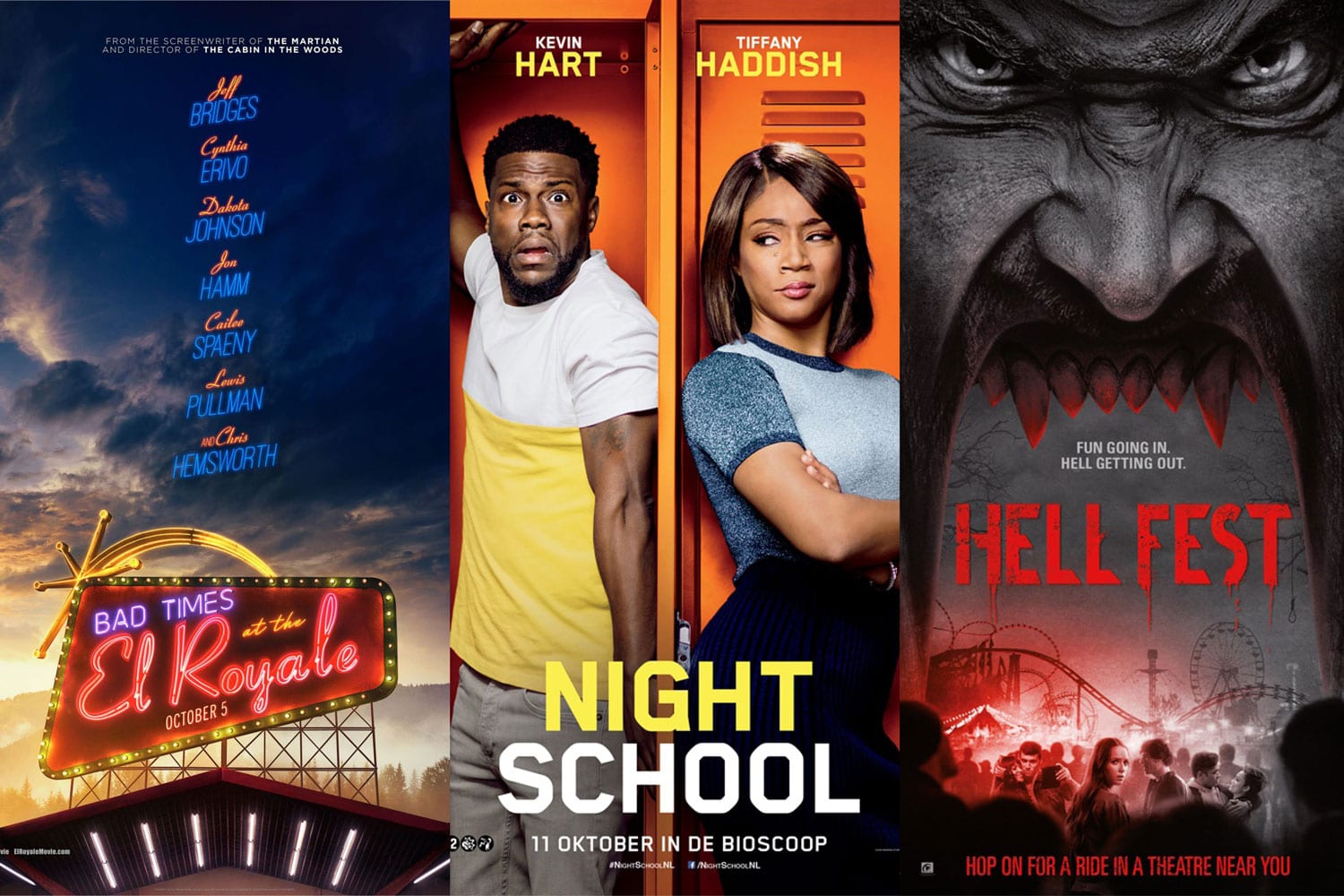 It’s a new month, which means there are tons of new movies coming out and the month October is all about horror. There’s no better way to get into the Halloween spirit than a couple hours of haunted hotels and amusement park massacres.

The 2018 adaptation of “A Star is Born” is one of the must-see movies of the year. The movie directed by four-time Oscar nominee, Bradley Cooper is the third remake of the original film from 1937 and stars none other than Oscar-winning artist, Lady Gaga and Cooper himself. The story centers around washed-up country-star Jack (Bradley Cooper), who discovers the incredible hidden talent of Ally (Lady Gaga). The two start a heated love-affair as Jack tries to turn Ally into a star, but when Ally starts to outshine him he struggles with being in her shadow. One incredible detail of the movie is that every single song was recorded live, giving it an extra raw edge.

2. Bad Times at The El Royale

Bad Times at the El Royale is already bound for a Cult classic status and is a definite must-see. The casting is phenomenal with faces such as John Hamm, Jeff Bridges, Dakota Johnson, Nick Offerman, and Chris Hemsworth. With direction by Drew Goddard who became famous for his direction of “The Cabin in the Woods”. The movie centers around a group of seven strangers who come together in an old hotel in California. Each one of them carries a dark secret and in a span of one night, they all get a chance of redemption before all hell breaks loose. The filmography and use of soundtracks definitely make it worth to watch this new type of mystery thriller.

If you’re not up for phycological games and would rather enjoy an evening of comedic relief, Kevin Hart has got you covered. In night school a group of adults troublemakers get a last chance to turn their life around and are forced to attend night school in order to receive their high school diploma. Things, however, quickly make a turn for the catastrophic.

For all you classic horror fanatics Hell Fest is the place to be. The story centers around a group of friends who visit a Halloween themed amusement park for a night of horrors. The park is full of zombies, monsters, jump scares and demons as part of the horror show. Among them, however, is a real serial killer who uses the park as his own personal playground, killing people in the most gruesome ways while everybody thinks it’s just part of the show. Nothing says Halloween like a good old slasher movie.

Who will beat the Warriors?