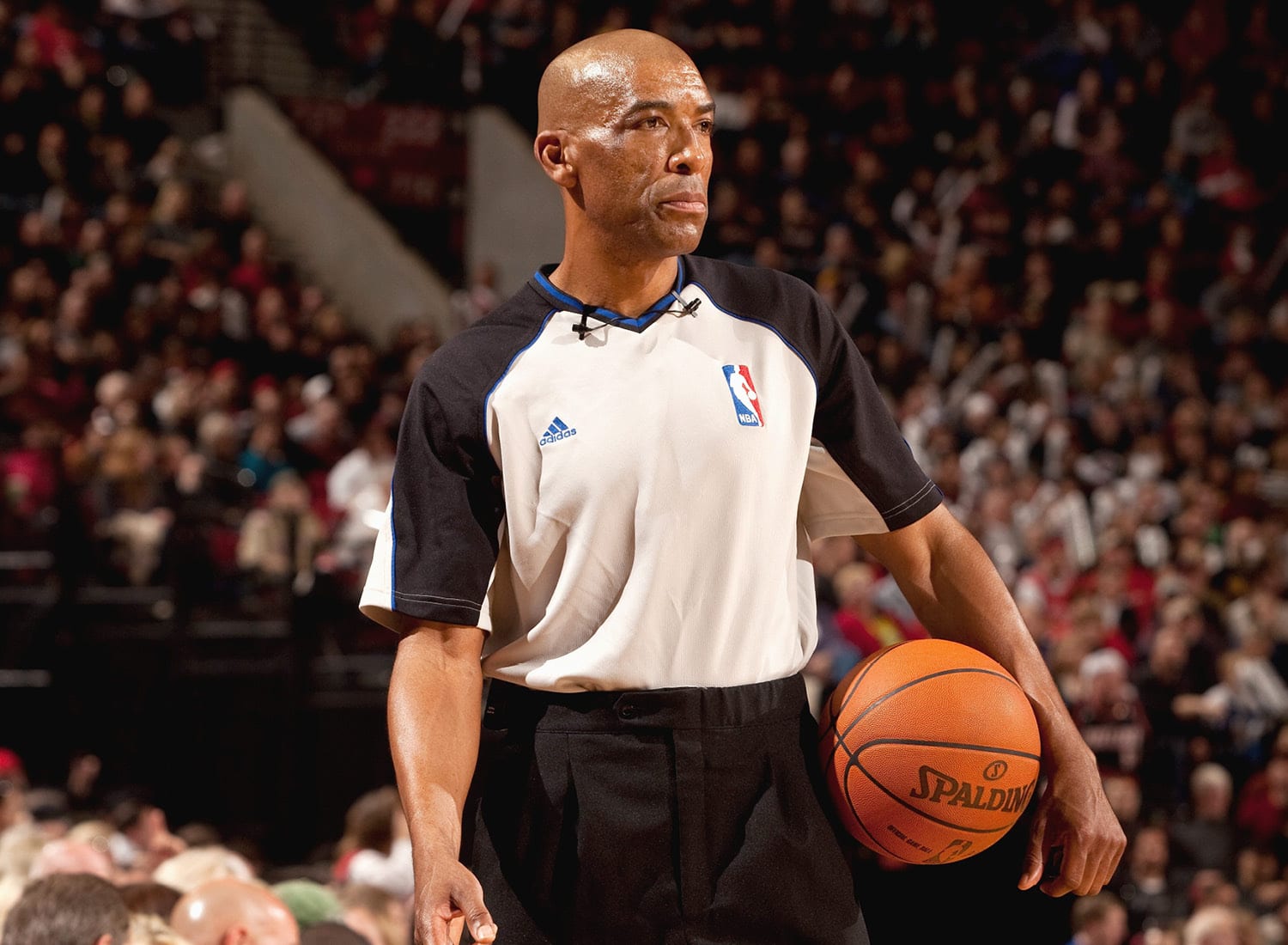 These days a lot of NBA players are complaining about the referees. You wouldn’t think that many of them would become refs themselves. And you’re right! In the history of the NBA, only three players decided to become a referee after their active career.

Leon Wood’s career in the NBA started in 1984, when he was drafted by the Philadelphia 76ers. He continued to play in the NBA for six seasons for six different teams: the Philadelphia 76ers, Washington Bullets, New Jersey Nets, San Antonio Spurs, Atlanta Hawks and Sacramento Kings. In 1991, Wood went to play overseas and in the CBA. After retiring from the game as a player in 1994, Wood wanted to stay involved with basketball. After a friend mentioned to him that officiating would be the perfect thing to stay close to the game, he decided to try and become an official. He worked his way to the top as a referee and was first hired as an NBA official in 1996. Wood is now already on this 23d season as an NBA referee,

Workman started playing in the NBA in 1989, after he was selected in the second round of the NBA draft by the Atlanta Hawks. In the 90-91 season, Workman played 73 games for the Washington Bullets after which he signed a contract with Italian League champion Scavolini Pesaro. In 1993, Haywoode Workman decided to return to the NBA by signing with the Indiana Pacers, where he continued to play for four seasons. Ater playing for four more seasons in the NBA for different teams, Workman thought it was time to retire as a player. In 2001 he ran into NBA referee Bob Delaney, who told him he should give officiating a try. Workman started refereeing local games in the Los Angeles area. In 2006 he was selected as a pre-season ref in the NBA, and in 2008 he was hired as one of three NBA officials.

Bernie Fryer started his career as an NBA player when he was selected by the Phoenix Suns in the 1972 NBA Draft. He actually never played for the Suns, but made his NBA debut with the Portland Trail Blazers in 1973. The following season, he both played for the New Orleans Jazz in the NBA and the Spirits of St. Louis in the ABA. After retiring as a player one year later, he began his career as an NBA official in 1978. Fryer became one of the top-rated referees in the NBA and has officiated over 1800 games in the NBA. He concluded his career refereeing the 2007 NBA finals and in 2008 he became the Vice President and Director of Officials for the NBA.