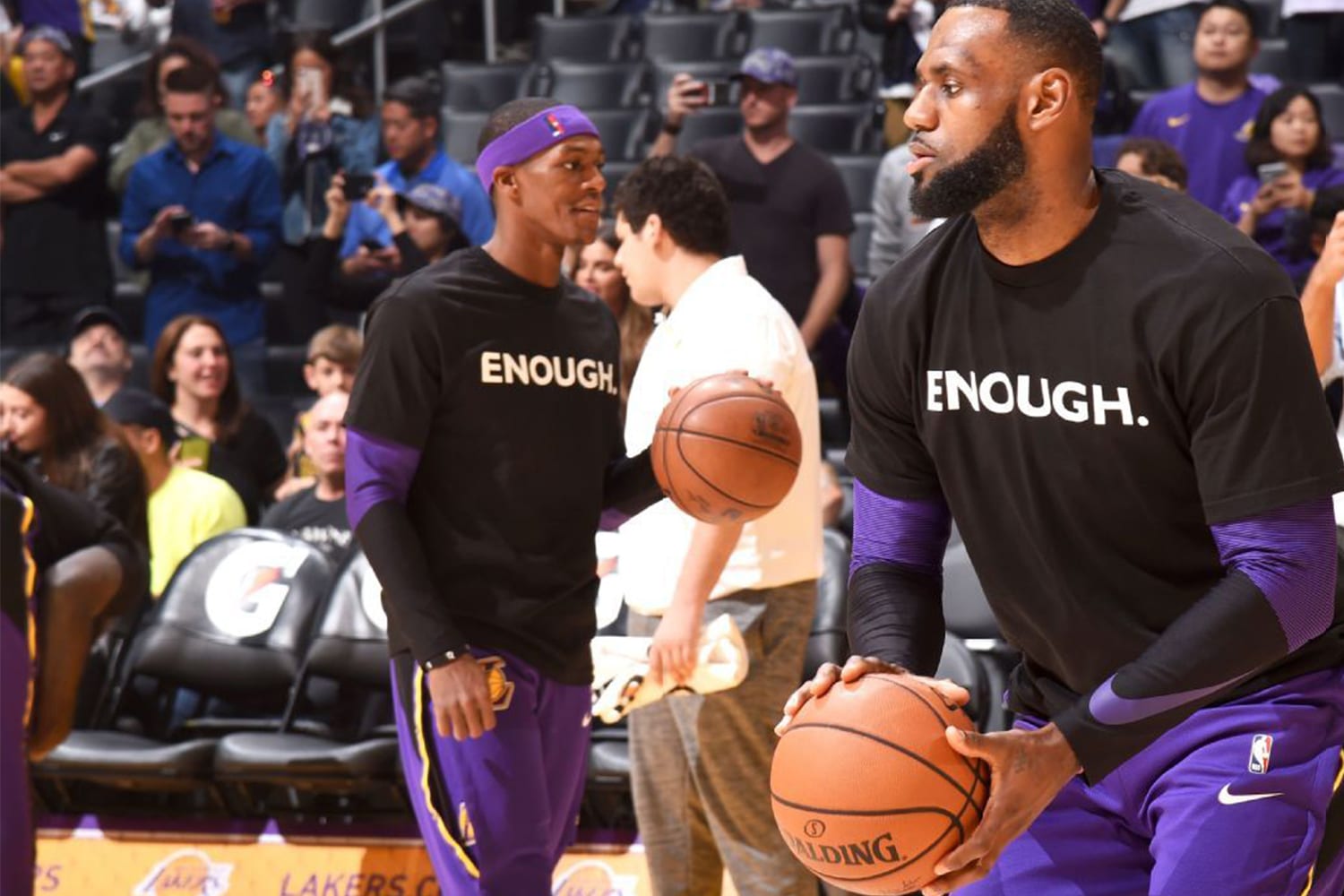 A tribute to the victims of the shooting incident from last Wednesday in Thousand Oaks. The NBA player are affected by the incident and have had more than enough.

During last weekend pre-game warmups the players of Los Angeles Clippers, Milwaukee Bucks, LA Lakers and Atlanta Hawks wore black T-shirts with the word ‘Enough’ on the front. On the back of the T-shirt, the names of the twelve victims of the Thousand Oaks shooting were shown. This initiative was started in California by the Clippers and the other teams followed their lead.

The commissioner of the NBA, Adam Silver commented as follows: “As I’ve always said, our players aren’t just ballplayers, they’re citizens. They have strong feelings about what’s happening in society and they react to them. I think this was something that was a groundswell within the league. It came from the players and it spread by word of mouth from one team to another.”

With this tribute to the victims, the NBA players wanted to use their voice and influence to send out a message and hopefully influence the government policy.

‪The "Enough" shirts worn during last night's moment of silence are now available for purchase via the link in our bio. ‬100% of the net proceeds will benefit the families of the victims of the Thousand Oaks tragedy through the Ventura County Community Foundation.

Players in the NBA weren’t the only athletes that wanted to make a stand against gun violence, as players of the LA Kings and Minnesota Wild of the NHL did the same. 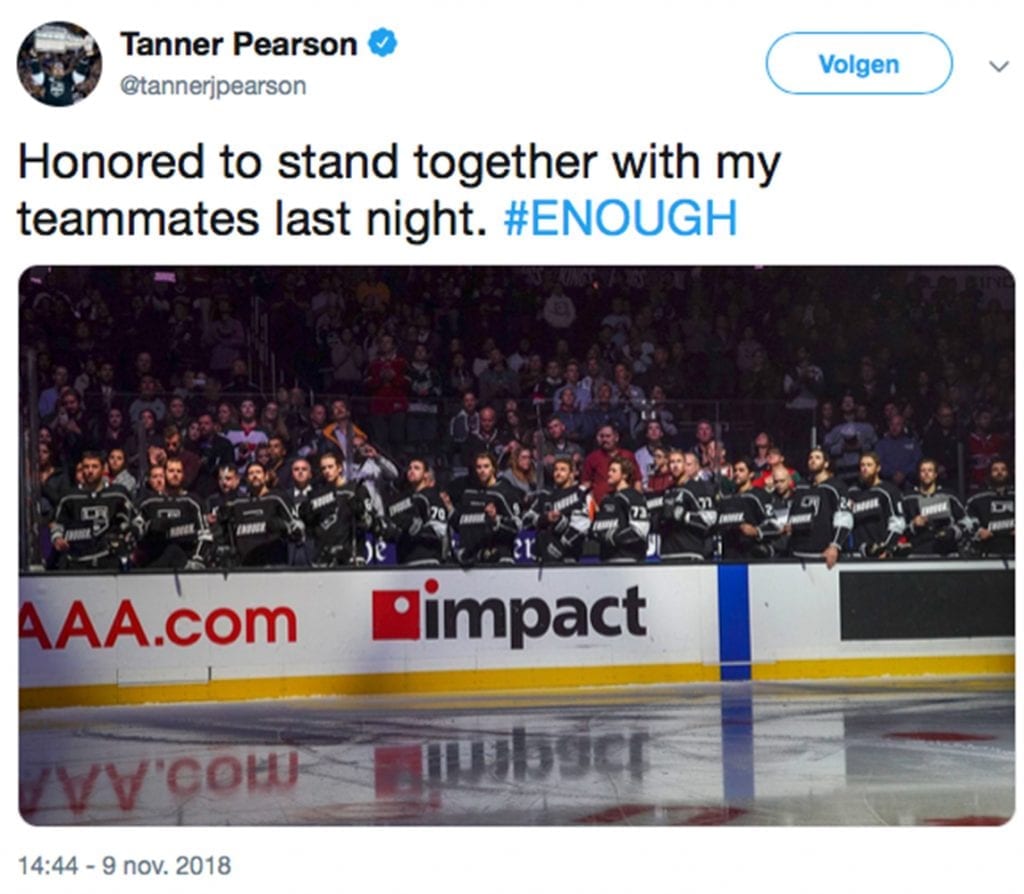 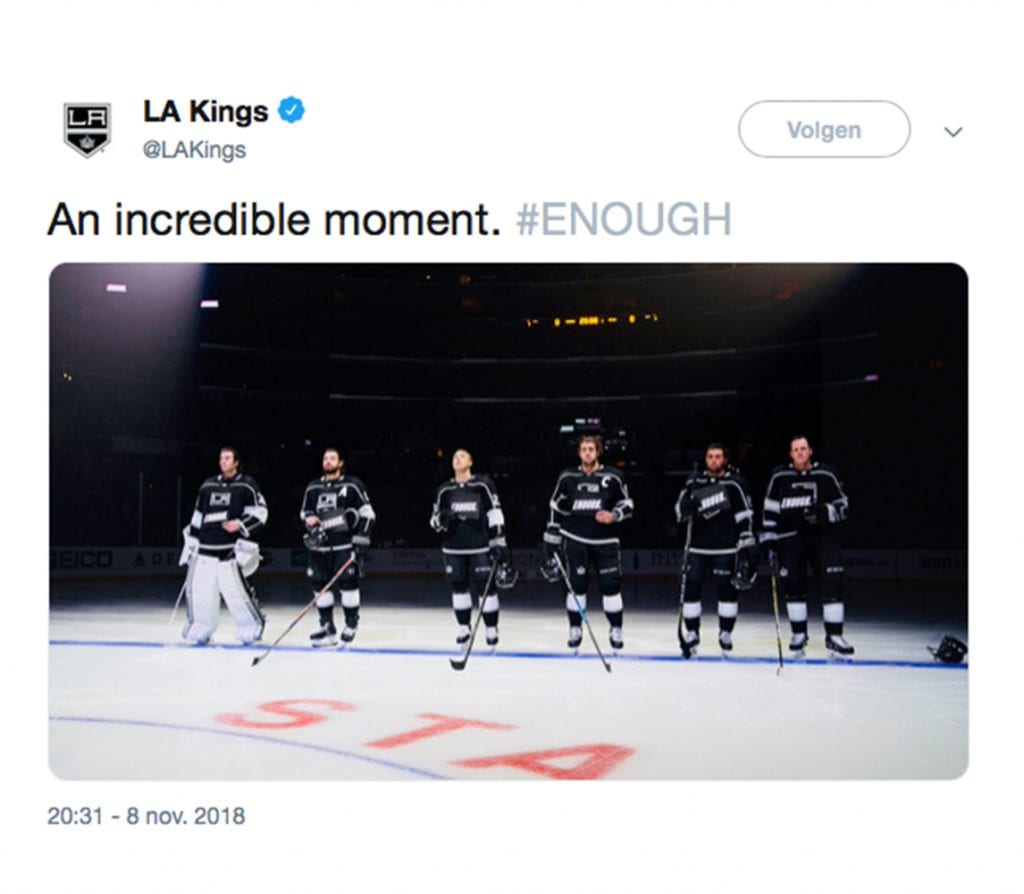 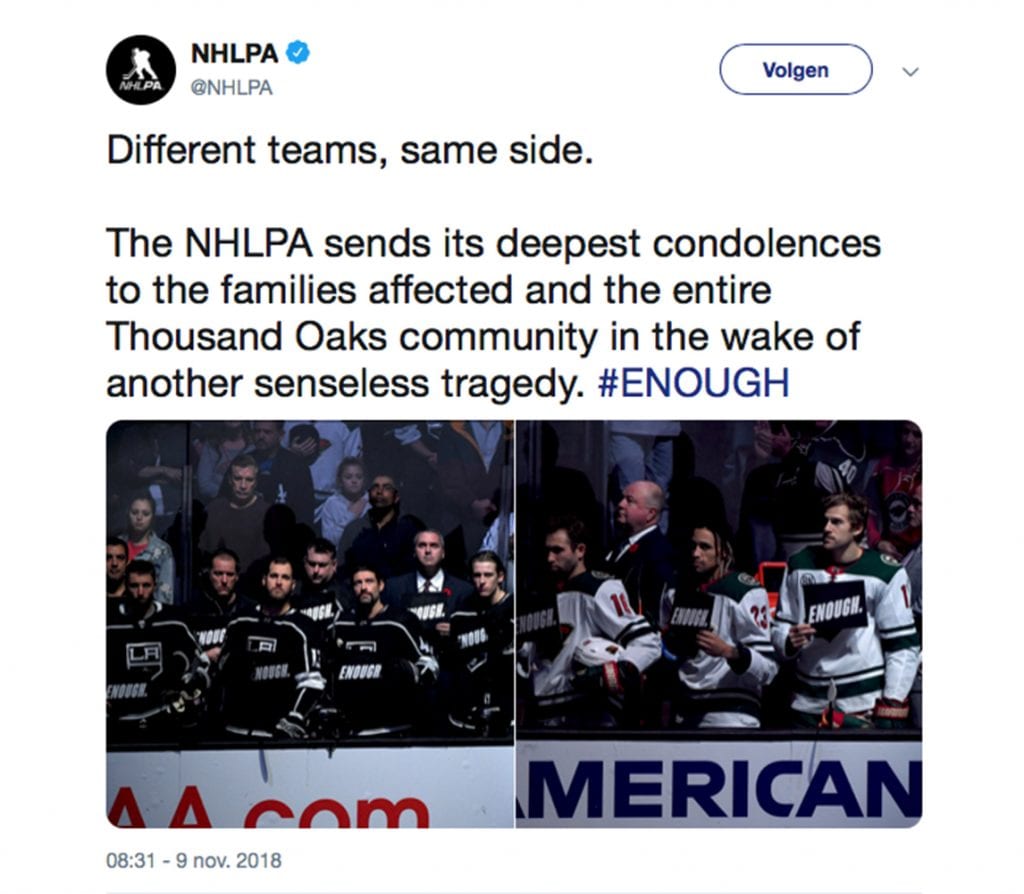