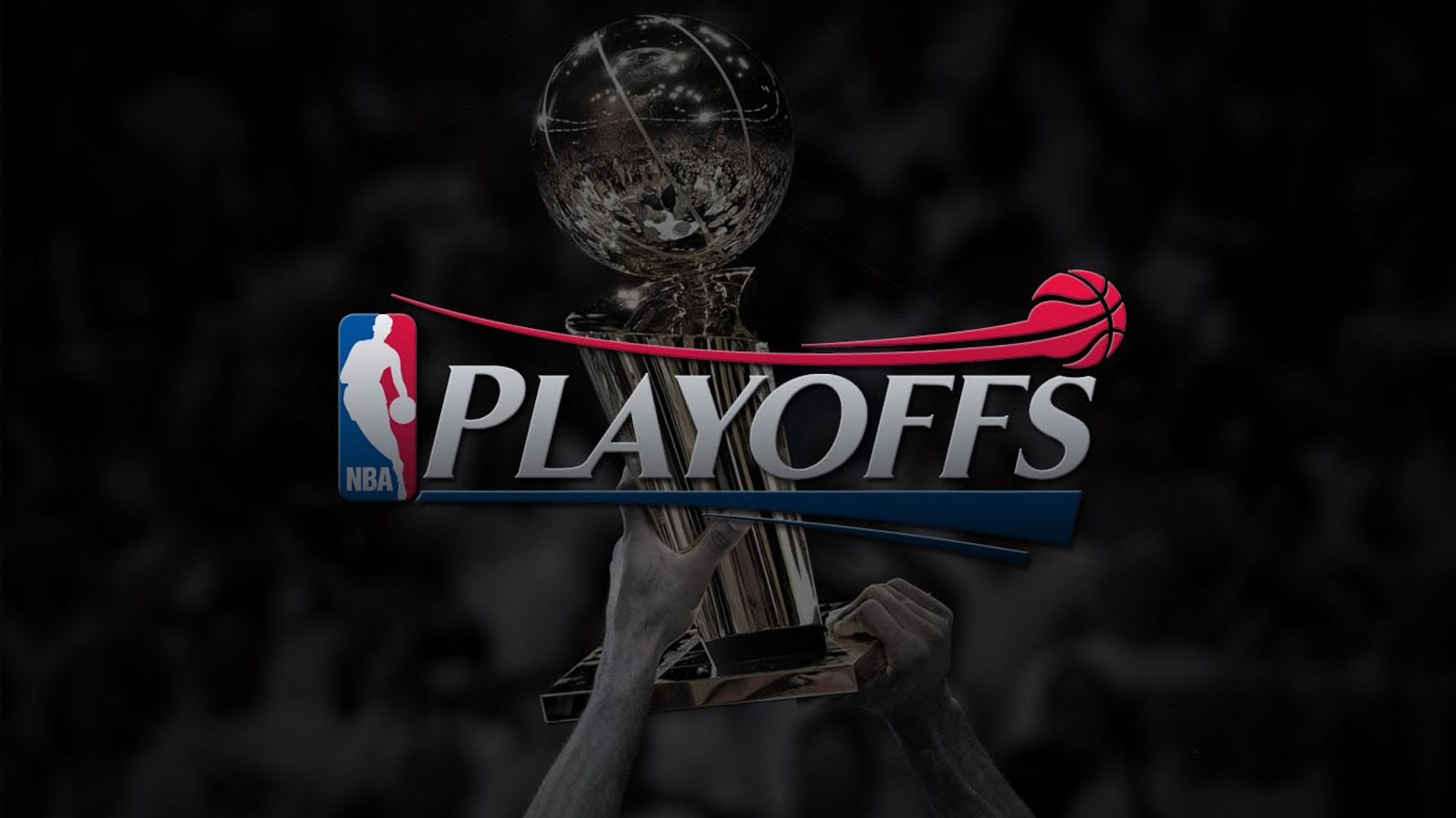 It’s time! On Saturday the first games of the 2018 playoffs will be played. 16 teams have worked hard all season to secure themselves a spot. Because we still have to wait three days until the first games, we’ve taken a closer look at the playoff candidates and asked several Dutch players to predict what will happen. Jordy Kuiper, Sam van Dijk, Dimeo van der Horst, Nathaniel Musters, Kevin Bleeker and Mike Schilder will give their view on the playoffs.

These playoffs will definitely be different than the last few years, as Golden State and Cleveland aren’t the two dominant teams in the league anymore. The Warriors will have to survive the first round without Steph Curry. The entire team has been injury prone this season, but they still managed to grab the no 2 spot in the Western Conference. This proves they should have enough power on the team to reach the Finals, but they first have to get by the Rockets in the Western Conference Final.

The Cavs still have LeBron on their team, who is (as always) a MVP candidate. But, we’ll have to wait and see whether trading half the team just before the deadline has given the Cavaliers an advantage in the playoffs. LeBron stays a deciding and dominating player on the team, and as there are no real contenders, the Cavaliers are still the favorite to make it to the Finals.

Boston started as one of the promising teams in the Eastern Conference, and THE team that had the chance to beat the Cavaliers in the playoffs. When they lost Hayward in his Celtic debut, all hope seemed to be lost, but with the help of Kyrie Irving and the young talented Celtics’ the team bounced back, and ended up in the no2 seed in the East. Unfortunately, now that Irving is out for the rest of the season, there only a very small chance remaining that the Celtics will come out of the East.

Furthermore, the Houston Rockets are the team to beat this season. James Harden is definitely one of the MVP candidates and furthermore, they are probably the only team that has a change to beat the Warriors for a spot in the Finals.

Who do you think will make it to the finals?

Sam van Dijk (BAL): “Definitely the Golden State Warriors and the Cleveland Cavaliers. There are a lot of injured players in the Eastern Conference and the Warriors are still very strong (despite Curry’s injury).”

Jordy Kuiper (UNCG): “The Cavs and Warriors will meet in the Finals”

Dimeo van der Horst (Apollo): “I think Cleveland and Golden State will meet in the Finals. There is a chance Houston and/or Toronto will stunt, but I don’t think so.”

Kevin Bleeker (Den Bosch): “The Finals will probably be between Cleveland and Houston. No one in the East can beat LeBron, especially now that the Celtics have so many injuries. The Rockets are going to reach the Finals, because the Warriors have had too many injuries this season.”

Mike Schilder (Zwolle): “It’ll be Houston and Cleveland in the Finals!”

Nathaniel Musters (Aris): “I think Houston and Cleveland will be in the Finals. Houston has a great offense and Cleveland has LeBron James.”

And the Championship goes to:

Bleeker: “I’m a big fan of LeBron, so I’m hoping that Cleveland is going to win.”

Kuiper: “The Cavs will win.”

Van der Horst: “Golden State. I’m not a fan, but they’re the favorite”

Musters:  “I think Houston will win, they have more weapons. The only thing they’ll have to do is stop LeBron.”

Schilder: “Houston will come out on top.”

There are several players this season who deserve to win the MVP award. James Harden, LeBron James, Giannis Antetokounmpo, Kevin Durant and maybe even DeMar DeRozan. Each of these players made a case throughout the season to be voted the most valuable player of the year.

LeBron James is having one of the best seasons in his career, and is a true leader for the Cavs. This season he is averaging 37.2 minutes per game, 8.7 rebounds, 9.2 assists and 27.7 points per game.

Giannis Antetokounmpo is doing a great job as well, and he is still definitely in the running to win the MVP award. Antetokounmpo is averaging 36.9 minutes, 10 rebounds, 4.8 assists and 27.1 points.

DeMar DeRozan has led the Raptors to the first seed in the Eastern Conference. He is averaging 33.8 minutes, 3.9 rebounds, 5.2 assists and 23.1 points while doing so. DeRozan is less productive than last year, as the Raptors have changed their playing style.

Who is your MVP candidate?

Bleeker: “Harden is going to be the MVP, Houston has the best record in the NBA, and although the playing style of Houston and Harden may not be the best to watch, he does deserve it.”

Musters: “James Harden is the MVP. I think he should’ve won last year. He has been great in the offense.”

Van der Horst: “Golden State is going to win the Finals, and Durant is the best player there.”

The Philadelphia 76ers are well into their ‘Process’, and have had their first winning season and first playoffs appearance in years. Still, no one anticipated that their season would turn out like this. With Ben Simmons as their floor general, Embiid returning after one game, and a less strong than expected Celtics, the Sixers might even have the chance to make it to the Eastern Conference Finals. But, we’ll have to wait and see how the young guys on the team will perform in their first playoff appearance.

Which team will surprise everyone in the playoffs?

Bleeker: “I don’t know whether it’s a very big surprise, since they’re in the third place, but I think Philadelphia is going to go to the Conference Finals. That’s pretty good for such a young team that was the worst team in the league 2, 3 years ago.”

Van Dijk: “The biggest surprise is difficult. I think both Donovan Mitchell and how fast Philadelphia is developing, is very surprising.

Van der Horst: “I think Minnesota and OKC can be very dangerous teams in the playoffs.”

Kuiper: “For me, the biggest surprise is that the Cavaliers have made it to the playoffs again.”

Last season, the Toronto Raptors lost in the second round of the playoffs. Their coach, Dwane Case decided to change the playing style of the Raptors to have a better shot in the league the following year. It has definitely paid off for Toronto, as they ended up with the no1 seed in the Eastern Conference. But, the next challenge for the Raptors will be whether they can be competitive in the playoffs.

Who do you think will be the biggest letdown this year?

Van der Horst: “For Toronto, it’s the same thing every year. They play well in the regular seasons, but lose to the King in the playoffs.”

Kuiper: “The Raptors. Almost every year, they don’t do a good job in the playoffs.”

Bleeker: “I think Toronto won’t be able to perform like a No1 seed in the playoffs. They’ve managed to get the first seed mainly because of their depth, but that’s not worth a lot in the playoffs. It’s more about starpower. Also, I wouldn’t be surprised if Golden State is going to have a hard time in the first round against OKC or San Antonio.”

Van Dijk: “Toronto is probably going to let everyone down, but I hope they’ll surprise me!”

Musters: “I thought that the Minnesota Timberwolves would do a better job this year. Injuries and inconsistent performances have let them down.”

Dirk Nowitzki – Back for another season