On Saturday the 28th, the new season in the DBL is set to begin. As always, most teams got a lot of new players, and it will take some time getting used to that.

But who are the new faces (or old faces in new places) in every team? We’ve highlighted two players per club, who’ve taken a new step in their career, and joined a different team.

Hoeve will also join Leeuwarden next season. He was part of the Donar team for the last couple of years, but only got minutes on the highest level against the lower ranked teams.

Hoeve, who is now 21-years-old, is now ready for the next step at Aris, and hopes he will be able to play regular minutes in the league, and continue to develop his game.

Dedecker is a talentend Belgian player that will join Aris Leeuwarden for the upcoming season. Last year, he went overseas to play at the DME Sport Academy in Florida, but he decided to play at a professional team, instead of going off to a college team.

Dutch international Willem Brandwijk finished his college career at the Indiana University of Pennsylvania this summer, and decided to follow Toon van Helfteren to Rotterdam. Van Helfteren was also the coach that let Brandwijk make his debut for the National team of the Netherlands back in 2017. 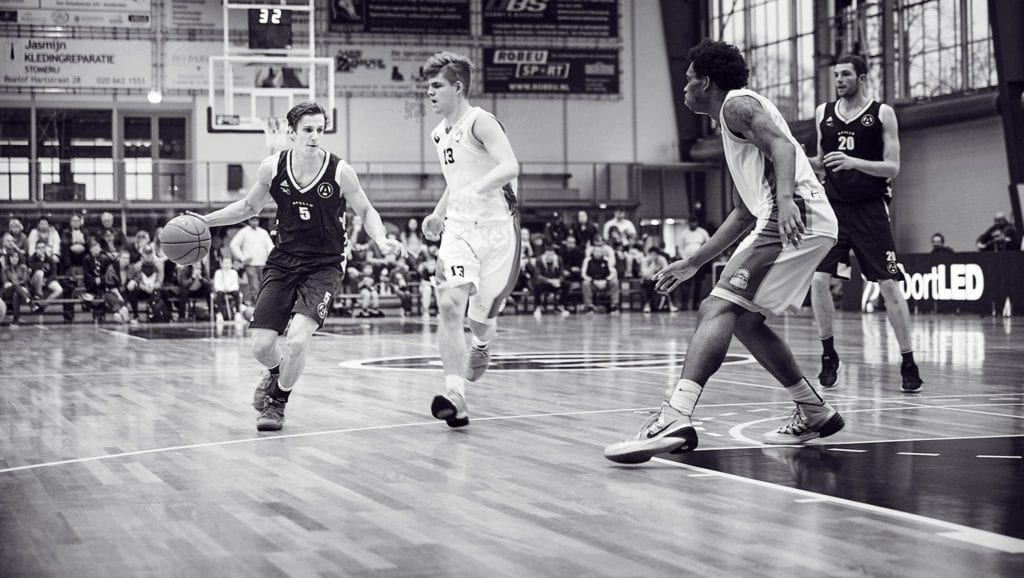 Bruining left to go and play for Red Star Belgrade when he was 15, and returned to the Netherlands three years later to play for Apollo Amsterdam. There, he played for both the DTL team and the DBL team, up until last season. In the 2018-2019 season, Bruining averaged, 7 points, 3 rebounds and 1 assists in 23 minutes.

Dutch international Leon Williams started last season in Spain with Tau Castello, but transferred to the Den Helder Suns halfway through the year. There, he averaged 12 points, 5 assists and 3 rebounds in 32 minutes.

McCarthy is an Australian player that has signed with Groningen for the upcoming season. He will be the second big man behind the Dutch Thomas Koenis.

McCarthy finished his senior college season with the University of San Francisco with good stats. He averaged a career-best 8.7 points, and 6.3 rebounds per game

After eight years in Leiden, Kherrazi had to look for a new club. He found one in Landstede. In his first official game for the team, the Supercup against his former club, Kherrazi immediately showed his enthusiasm for Landstede. The Hammers got the easy win, and Kherrazi racked up some great stats. He got 12 rebounds, 6 assists and 3 points in the game.

Johnson also showed his skills during the SuperCup this weekend. He racked up 26 points, 7 rebounds and 4 assists in that game. Without a doubt, Johnson was the best player on the court. It will be interesting to see him play this season, as he has already shown that he can easily pass his man, finish at the rim and can shoot.

Bonifant will play his fourth professional season for Heroes Den Bosch in the Netherlands. Before this, he played for CB Clavijo in Spain, and spent two seasons with Ehingen in Germany. There, he averaged 15 points, 2 rebounds and 3 assists per game.

Persons has big shoes to fill, as he follows Maurice Watson at Leiden. So far, he’s doing a good job, Persons is a totally different player than Watson, but he has shown he’s not afraid to rebound, hustle for the ball and can also score.

Huggins will start his professional career with Leiden. The shooting guard played for two different schools in college, New Mexico State and Fresno State. During his third season with NM State, he averaged 14 points in 28 minutes, and after that season he decided to transfer. There, at Fresno, Huggins continued to improve himself, as he was eventually named ‘Newcomer of the Year’.

If he can continue on the same note as in college, Huggins will be a real threat from outside the arc as well, as he averaged more than 3 threes per game. 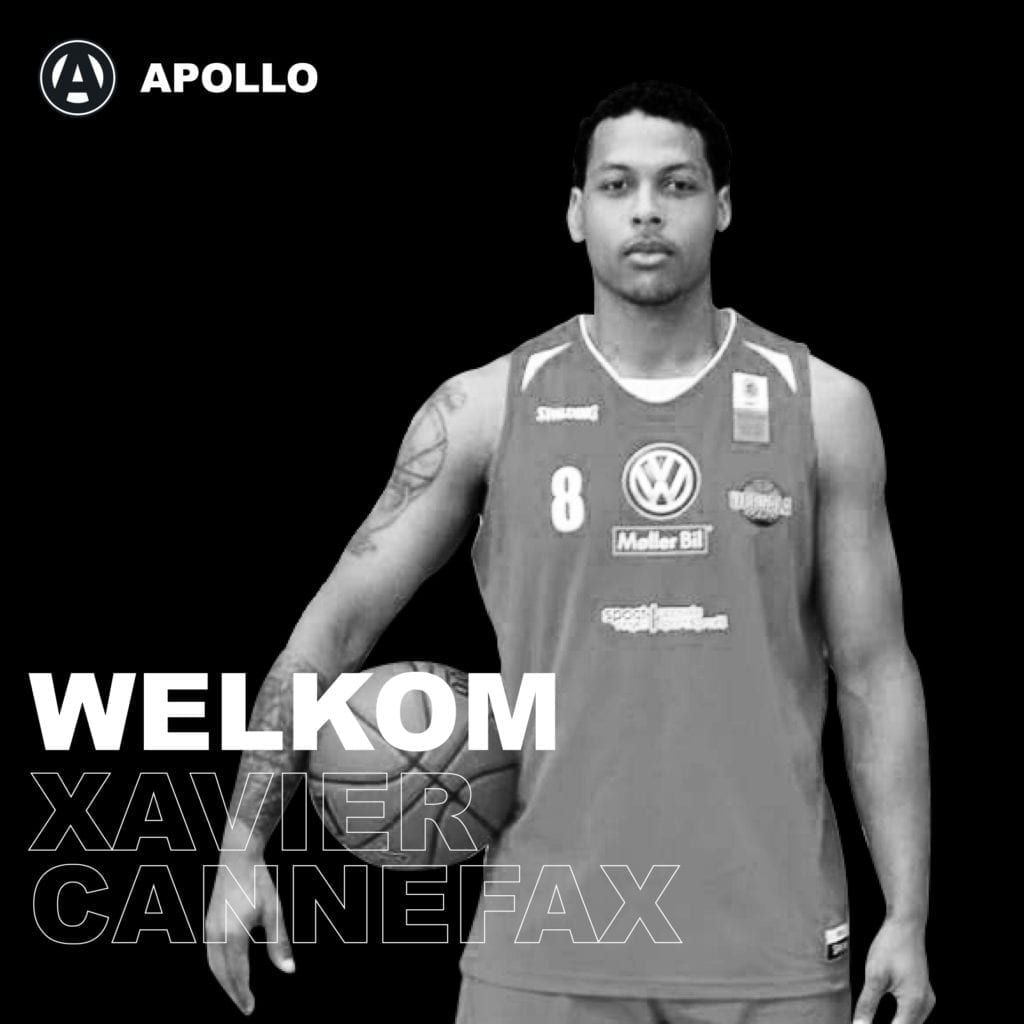 Cannefax wil be Apollo’s first American player in a few years. He spent his college years at Warner Pacific University (NAIA), and had quite a good first professional year. He started his professional career in Sweden with Uppsala, and soon became one of the leading scorers of the league. It didn’t take long for another team, in this case Al Rayyan from Qatar to take interest in Cannefax. They decided to buy out his contract, and Cannefax finished his season there. 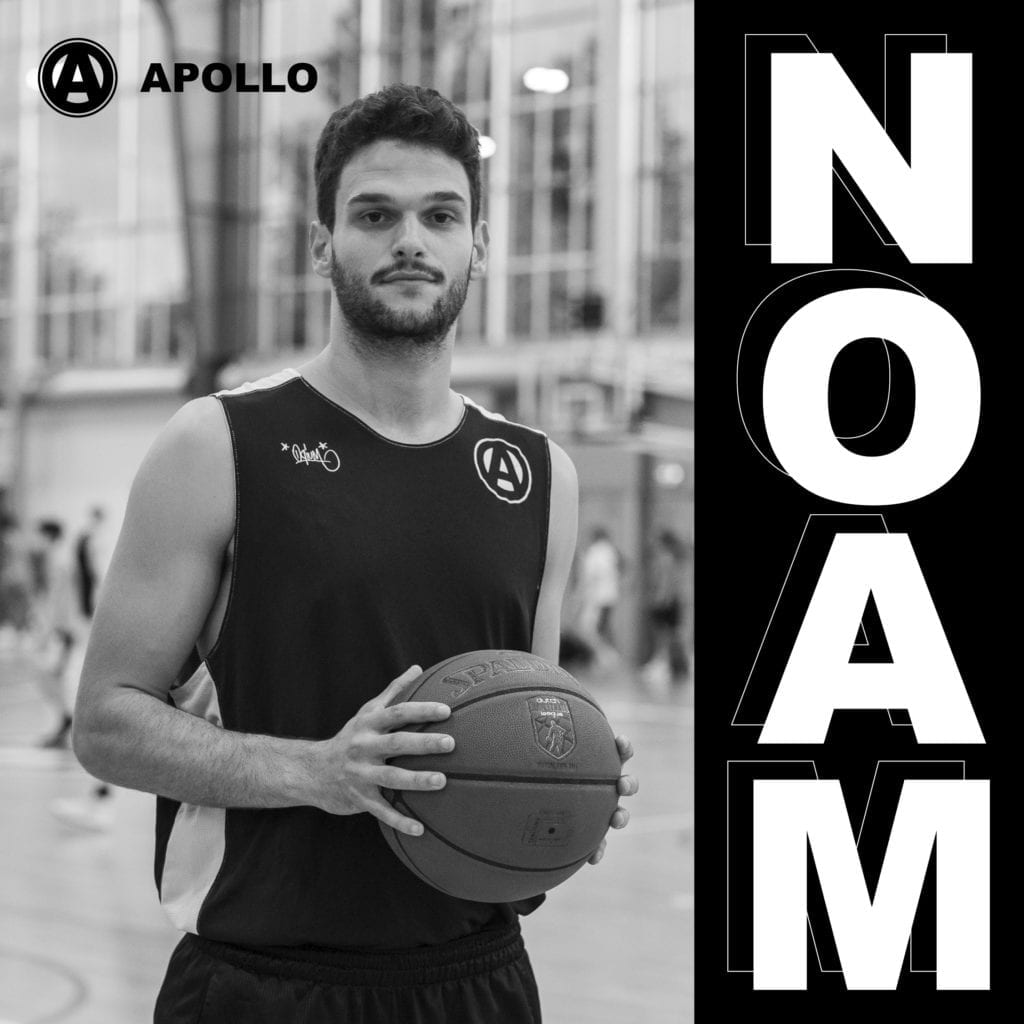 Hasson will join Apollo from Israel. There, he played in the youth of Hapoel Tel Aviv, but managed to make some regular minutes with the highest team as well. Besides that, he was part of the u21 national squad of Israel. This will be his first professional year outside of Israel.

After making his debut in the DBL with Basketball Academie Limburg, Gorissen signed with Den Helder for the upcoming season. Den Helder signed him after he was a part of the Netherlands B team this summer, under DH coach Peter van Noord, where he made a lasting impression.

With BAL, Gorissen averaged 6 points, 4 assists and 2 rebounds in 22 minutes per game.

The Suns signed Josh Williams to a contract at the beginning of this summer.

This wasn’t the first time the Suns took a look at Williams, as he played for the same college as one of their former players, Steve Harris. They noticed him last year as well, but the Suns didn’t have a spot for him at that time. Williams continued to develop himself, and impressed the coaches again.

Aarts returned to BAL this off season, after playing in Den Bosch for a season. Last year, he averaged about 16 minutes per game, and as Den Bosch contracted players that could play on Aarts’ position as well, the coaches couldn’t guarantee his minutes for the upcoming season. Therefore, Aarts made the decision to return to BAL.

Burch-Manning finished his college career in May, and has now signed his first professional contract with the Basketball Academie Limburg. In his last season with the University of South Dakota, the forward was named to the Second Team All-Summit League, scored his 1000th point at the college level, and averaged 11 points in 31 minutes.