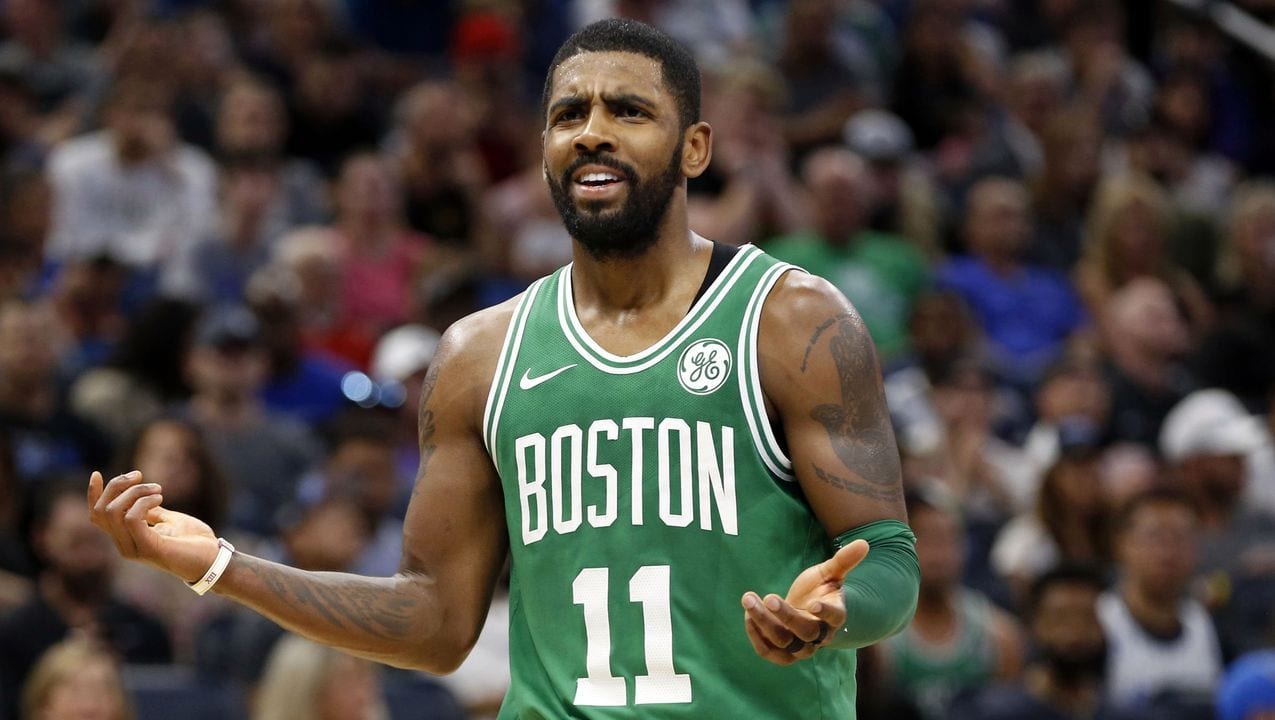 Now that LeBron has finally signed his contract with the Los Angeles Lakers, we can finally predict who will be the next best players in the Eastern conference. It was not easy to decide with so many great upcoming talents. We did mainly choice the players based on their performance in last years season and their growing potential. Some players like Kristaps Porzingis didn’t make it since we have no idea if he will come back like the player he was last season. Having said that, let’s look at the upcoming stars and likely new king of the Eastern Conference.

Many people might want to take Kristaps Porzingis, Demar Derozen of John Wall at this spot. For me, Jayson Tatum clearly outplayed them last season and in the play-offs. He already looked like a good player in the regular season as he carried the Celtics together with Jaylen Brown to the second seed in the East. While both players are great and you could swap them, Jayson Tatum seems like the favorite. He went from 13.9 PPG in the regular season to 18.5 PPG in the playoffs. This shows that he is ready for the big stage. He is able to separate from his defender with a wide arrange of moves. He also has a great jumper which is almost unblock able. He also has a sort of LeBron like bully style when going to the rim with his ability to push off defenders. For such a young player, he is constantly in control at all times.

We also saw his clutch and killer instinct in the Conference Finals against LeBron. He even posterized the king, and I mean really POSTERIZED him. Besides his great offense, he might even be a better defender. Especially in the play offs, he cleary made his defensive impact. His strength and versatility made him a tough defender. He emerged as a playmaker on defense. He still needs to learn a lot as he couldn’t stop LeBron. But let’s be real, who really can stop LeBron? I believe he has the ability to be one of the best players in the NBA, especially with a coach as Brad Stevens.

The fresh prince, like LeBron’s Instagram post said. Many people expect to see this rising star as one of the best players, not only in the East, but in the league in the upcoming years. With his absurd length at the point guard position of 6 ft 10 he seems unguardable. In his first year he almost averaged a triple double with 15.8 PPG, 8.1 TRB and 8.2 APG. It is certain his scoring number will increase to probably 10 PPG in the upcoming season. He also plays for one of the top 2 teams in the East with the Philadelphia 76ers. If they find a way to beat the celtics and their stars, you got a real chance of the Sixers making the next 3 NBA Finals.

Simmons is clearly the player that will be the main option. He is not only able to score easily on all defenders, he can also defend pretty much every position. This is what makes him such a versatile player and one of the reasons he could be the next king of the East in a couple of years. He only has one big problem, his shooting ability. Simmons couldn’t make a three even if it was to save his own life. We have seen him constantly avoid threes. We know LeBron didn’t really have a three point shot in his first stint with the Cavaliers. He developed it later with the Miami Heat and sort of perfected it the second time around with the Cavaliers. This is the reason why we have hope for Ben Simmons.

Once upon a time this player was the one part of the dynamic duo in Cleveland. They seemed like the only team that would be able to have a chance against the juggernaut named Golden State. Now they are rivals and the Lakers-Celtics rivalry is reborn, at least we hope. Kyrie already looked like one of the best players in the East even while playing with LeBron. He was clutch and helped LeBron at times when the king wasn’t at his best. He also helped him close out the infamous 3-1 comeback in game 7 against the Warriors. He even looked like the assassin that would finally take down the king this year.

This was actually almost a reality if he didn’t get injured at the end of the season. Kyrie is third on the list because of his experience. He already won a championship as the second option on the Cavs. Kyrie is probably at his peak next season what still could make him the best player in the East. The only problem with Kyrie is his inability to change positions. He is a true scoring point guard and that will never change. The other guys on this list have the ability to play and guard 3 to 5 positions. Kyrie is an amazing scorer but will never be the offensive and defensive force that the others are. The only reason the rookies are under him is because they still need to develop.

Together with our number 1, Joel Embiid seems like the new best player in the East. After a rough start with his back injury, he seemed to have picked up his game. He got his team all the way from lottery pick to title contender together with Ben Simmons in only one year. Embiid is not only a great personality off the field, he also brings the same energy of the field. Just look at the way he challenged Hassan Whiteside in the play-offs and totally destroyed him in the 5 game series. He also comes to mind if we discuss the modern big men.

Besides his ability to defend the paint, he helps spacing the floor on offense. He can switch from deadly inside force to 3 point shooting big men. This way he helps Ben Simmons score while the rookie slowly develops his shot in the upcoming years. Embiid truly seems like an unstoppable force and could have been easily our number one if only our next player wasn’t a freak of nature. 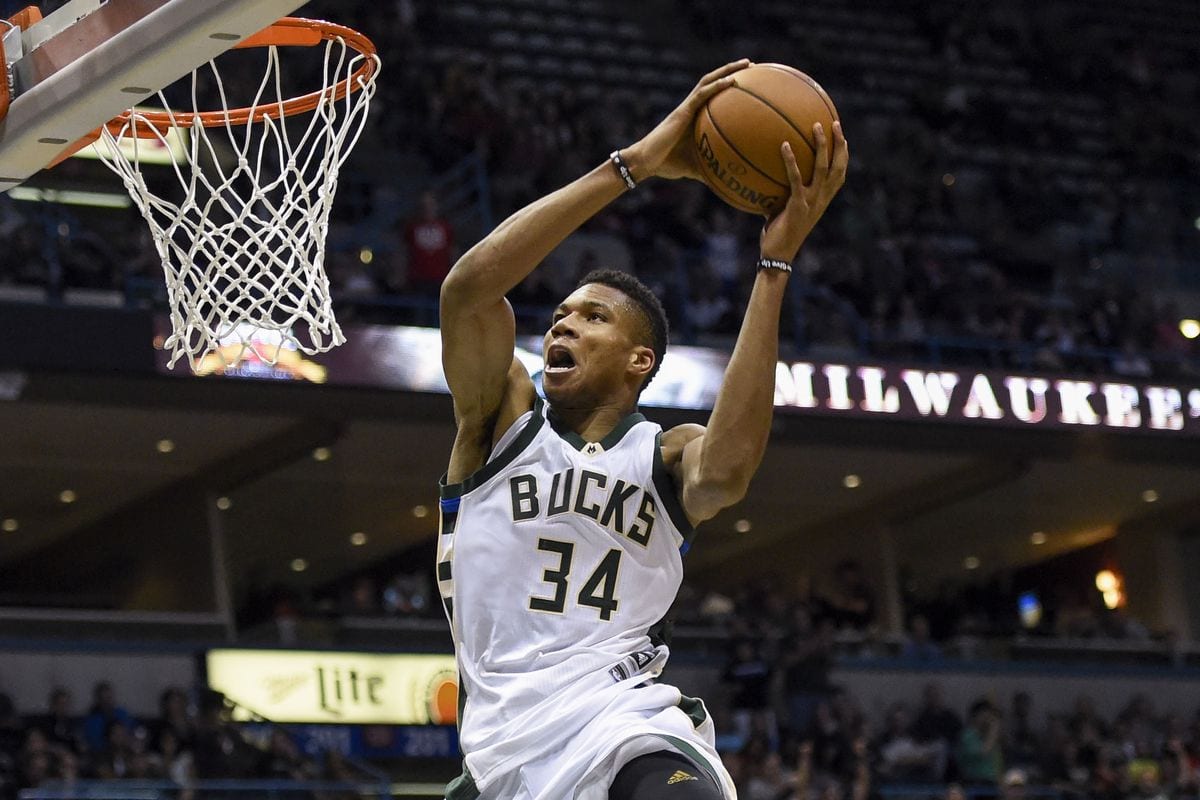 Giannis is probably the first that comes to mind when it comes to Eastern player closest to LeBron. He is a freakish atlete just like LeBron and seems unguardable at times due to his height and wingspan. He truly is a freak of nature as we have seen in his first few years in the league. Being able to play almost every position just like Simmons also gives him a LeBron like advantage over the other players. Again, he needs to create a good outside shot since he seems to struggle the most in that area.

Besides that, we have seen his numbers increase every year and they are likely to keep growing. He started out with 6.8 PPG in his rookie season. Now he’s averaging almost 27 PPG and he was even a frontrunner for MVP at the beginning of this season. After this Twitter conversation between him and Skip Bayless from Undisputed, we now he will be the new king in the East next year.