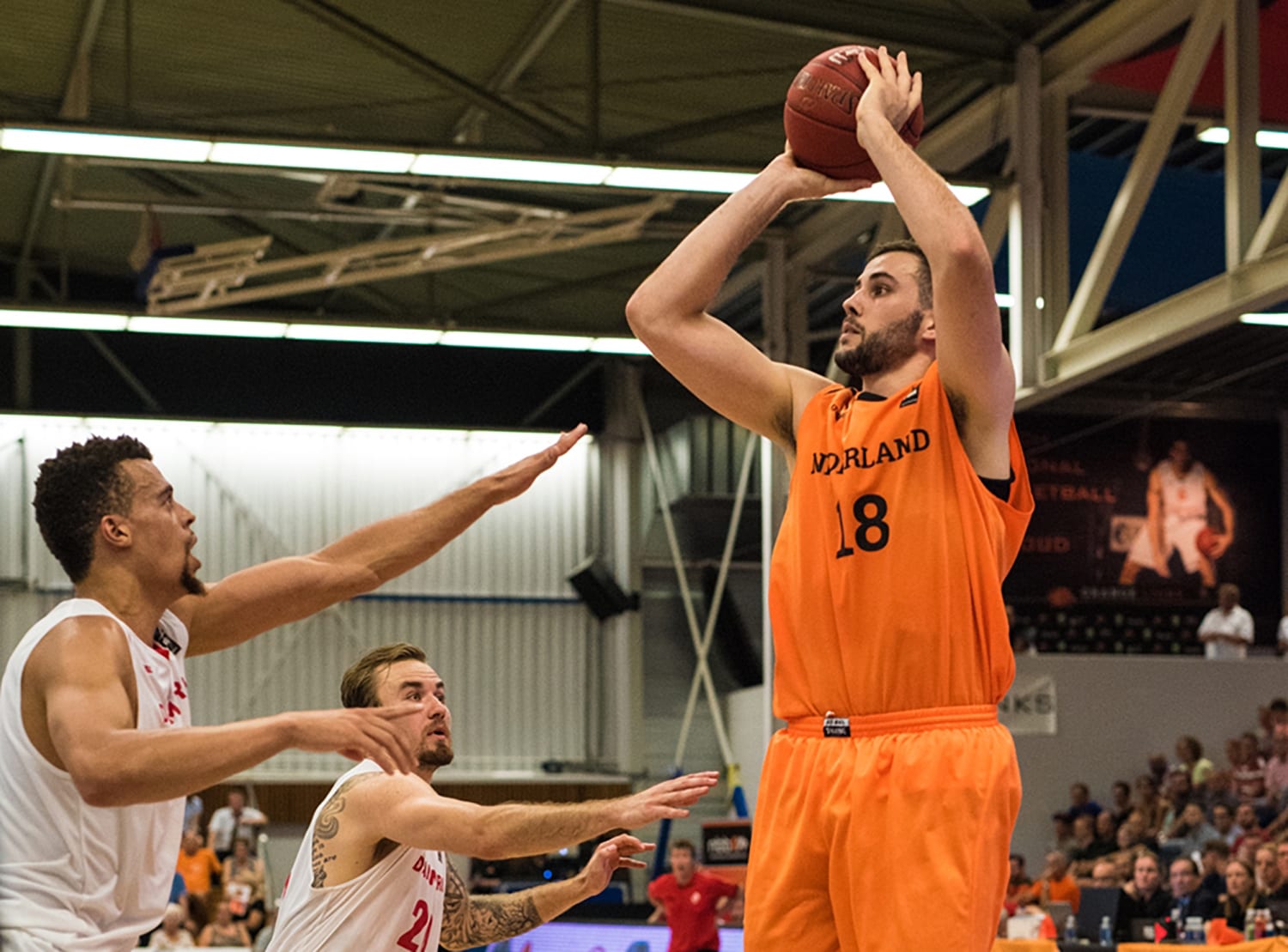 On Friday, November 24, the Dutch national team will play Croatia in a World Cup qualifier. National team player Nicolas de Jong will not be participating as head coach Toon van Helfteren did not select him for the upcoming games. De Jong has not been playing for The Netherlands since June (2017), when he left the team a few days before some crucial World Cup games as he chose to concentrate on finding a new club. De Jong did not sign a new contract for his French team Chalon-Reims and had not been able to find a new club at that time. As he had a responsibility to his family to earn a living, he preferred to start looking for a new job immediately above playing for the national team.

De Jong and head coach Van Helfteren recently spoke to each other when the coach went to Spain to see De Jong and Henk Norel, when they played against each other. De Jong scored 8 points for his team Tecnyconta Zaragoza in that game, Norel had 10 for Deltaco GCB.

Did you have a good talk with Van Helfteren?

I don’t know if it is a good conversation when someone told you, you are out of the team. It wasn’t my choice. I was available and wanted to be there. Coach went to Spain and told me that I am not selected.

You didn’t play for the national team in June when you preferred to look for a new job. Was it a difficult decision to leave the team?

It was a very hard choice. My agent advised me to go to France and I could not stay for the official games. But I am glad we achieved it anyway without me. I was supposed to sign a new contract quickly and maybe go back to Holland but it took too much time and I was too late. But of course, I watched all the games on television.

Did you speak with Van Helfteren in June about your decision?

Yes, he understood my position and let me go.

You left your team in France after a very good year and went to Spain, a big step.

Yes, it was my best year in France and since I just turned 29 I felt it was the right time to discover something else. I can return to the French pro A to finish my career, but I am really excited about the opportunity to play for Zaragoza. I spoke to Henk (Norel) as he played five seasons in Zaragoza. He is famous over there and he told me nothing but good things about my new club. I hope to play my best season so far in Zaragoza.

You signed for one year, what are your future plans?

For now, I’m really focused on my season with Zaragoza. The future will be in 8 months!