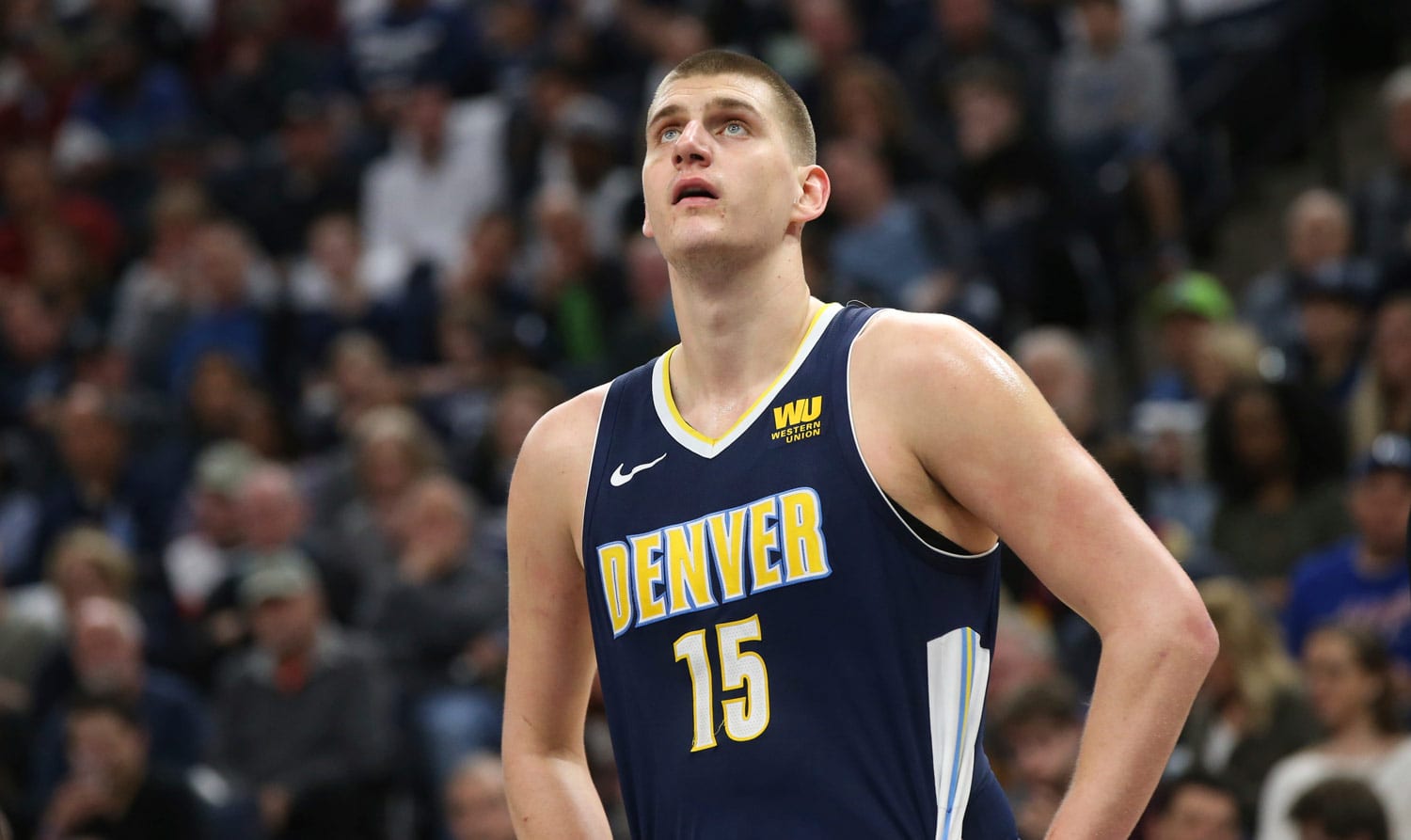 Jokic is definitely not your ordinary modern NBA player, as he doesn’t seem to be suited to the modern NBA. He’s 7-foot-tall, doesn’t look to be in shape and he’s quite slow. On paper, Jokic would be perfect for the NBA, if only he was born 20 years earlier. But, luckily for him, nothing is less true.

No one expected Jokic to become a franchise player for the Nuggets when he was the 41st pick in 2014. At 17 years old, Jokic weighed 300 pounds (136 kg), but he couldn’t do a single pushup. Luckily, his brother returned to Serbia after playing abroad, saw his potential and got him to be more serious about basketball, to eat healthy and to lose some of that weight. But, by the time he was eligible for the draft, according to the NBA’s standards, he was still the fat guy. Jokic was no longer overweight, but he had no muscles to speak of.

Everyone could see his unique skills, but Darko Milicic, who’s friends with Jokic’s two older brothers, was still fresh in everyone’s memory. He could just be another Euro who wasn’t able to adapt to the speed of the game. But, the Nuggets saw something in him, and a year after drafting him, they convinced him to come to the NBA.

Yes, Jokic is still not the fastest or the skinniest, has the least dunks for players his size in the league, but he has something other players don’t: a unique skill set that doesn’t bind him to a certain position on the court. They call him a point-center, as you would expect him to play in the post, but he can also handle the ball without any difficulty.

The aspect where he was a bit lacking was his defense, as the opponents could easily beat him in the pick and roll. As he dropped down as his man set a screen, he got to defend the smaller guard on a switch, or move fast and run to the roller, both of which weren’t his strong suit. Now, the Nuggets have decided to change the way they defend screens to give Jokic more of an upper hand. This season, Jokic hatches the screen, which makes it more difficult for the offensive team, as his size blocks the path and sight of the ball handler, slowing everything down.

What is this sorcery by Nikola Jokic? pic.twitter.com/LUqaUXWq8e

If he wanted, the Joker could easily score more than 20 points per game, but he prefers to make his teammates better. Sometimes, minutes go by without Jokic even taking a look at the basket, almost like he forgets it’s even there. But, either way, Jokic is a vital part of every Nuggets’ offense, as most plays run through him. You might even call him the Steve Nash of big men, as he can dish out a crazy no-look pass in an instance, knows where his teammates are at all times, and Jokic has already had two 15+ assist games this season.

So it’s no surprise that he can be found in the top 10 of assists per game. Together with his 20 points and 10 rebounds per game, he’s even close to averaging a triple double. What makes him stand out the most is that he can switch between playing as a big man and as a point in a split second. This makes him quite difficult to guard as it’s almost impossible to predict what he’ll do.

No one might’ve expected Jokic could make it in the league, but he has proved everyone wrong. And the Nuggets’ staff say he isn’t close to reaching his potential yet.

One on One with Lies van Straaten