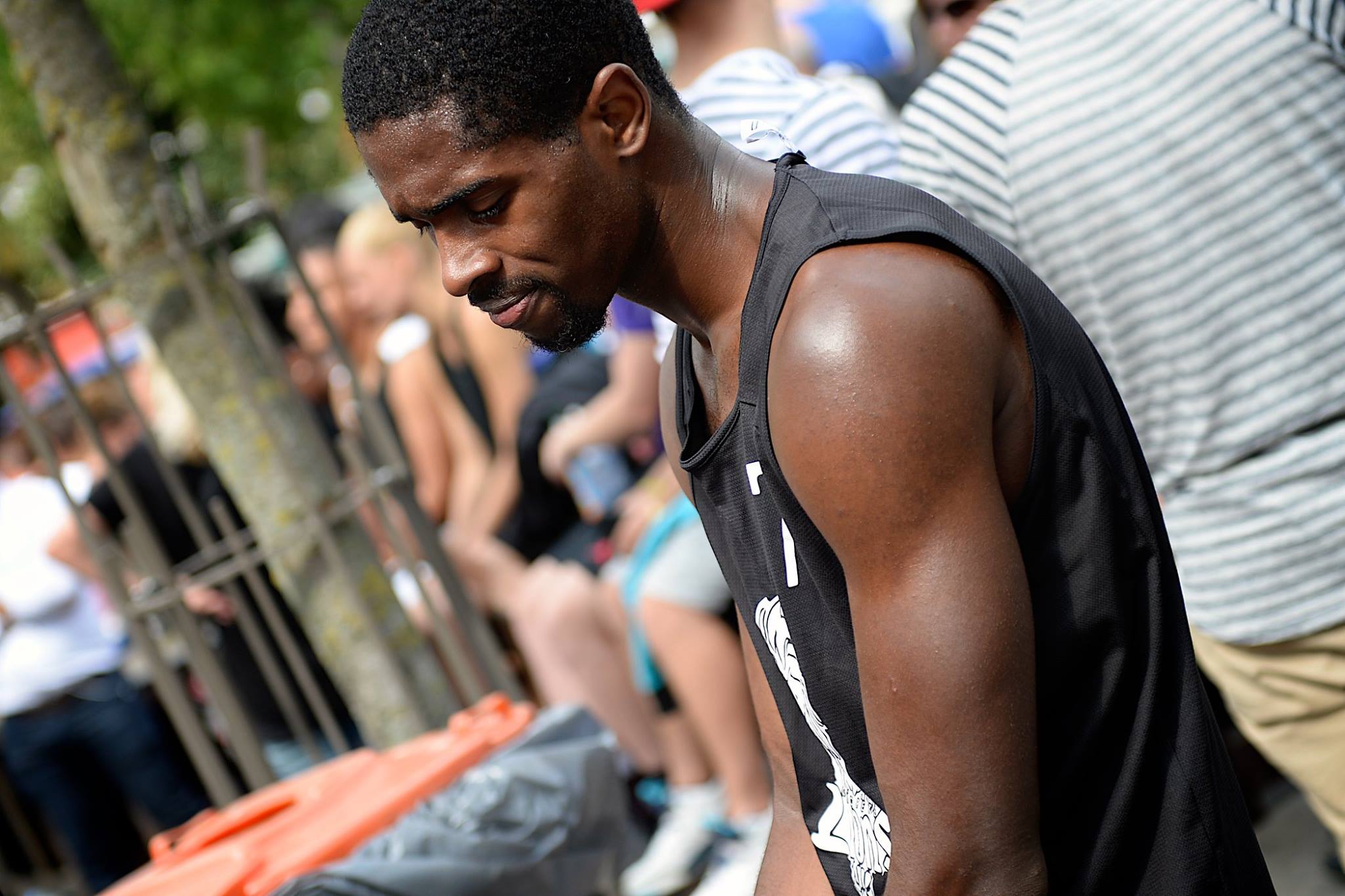 Aleks Semedo is a 23-years-old, who has already seen quite a bit of the (basketball) world. After playing for two clubs in Germany, he has now found a team in Italy, Ascoli Basket.

My brother taught me on a court near our house when I was eleven years old.

What clubs did you play for?

I started playing basketball in Schiedam at a club called Juventus, after that I went to Rotterdam Basketball. Then, I went to play in East-Germany for the Aschersleben Tigers. Last season, I returned to the Netherlands and played for TBG Dragons in Nijmegen. This season, I’ve played for the Langenhagen Lions in Hannover, and now I’m playing for Ascoli Basket in Italy.

Why did you choose to go abroad?

The level is often higher abroad and many things are just better organized there. On top of that, it’s just a fantastic experience and adventure.

What is the most important thing you’ve learned in Germany?

I think I’ve become much more independent since I’ve gone to Germany.

How did you end up in Italy?

After I parted ways with my club in German, the Langenhagen Tigers, I received a message that a team was still looking for players and that they were interested in me. And before I knew it, I was in a plane on my way to Rome.

What kind of club is Ascoli?

I haven’t been there long enough to give a lot of details, but it’s certainly very nice. There are a lot of young people there, with whom I can laugh.

What is your daily routine at the club?

At the moment, I’m practicing five times a week. I’m always there a bit early so I can get some extra shots off or some weight training.

Is the basketball culture there different than in the Netherlands?

Yes, there is a lot more focus on tactics and finding solutions with as few dribbles as possible.

I’m more of a driver than a shooter, but’s that’s about all I can tell you.

What can you contribute to the team?

I can grab a lot of rebounds. Furthermore, I’m a strong defender and I can also contribute in scoring.

One on One with Lies van Straaten

Where do you see yourself in two years?

On a basketball court for sure, but I don’t have a specific plan or place in mind.

What is your favorite basketball movie?

What is a no-go clothing item on the court?

A sweatband around your wrist.

What is a no-go in fashion?

What’s a clothing item you absolutely can’t go without?