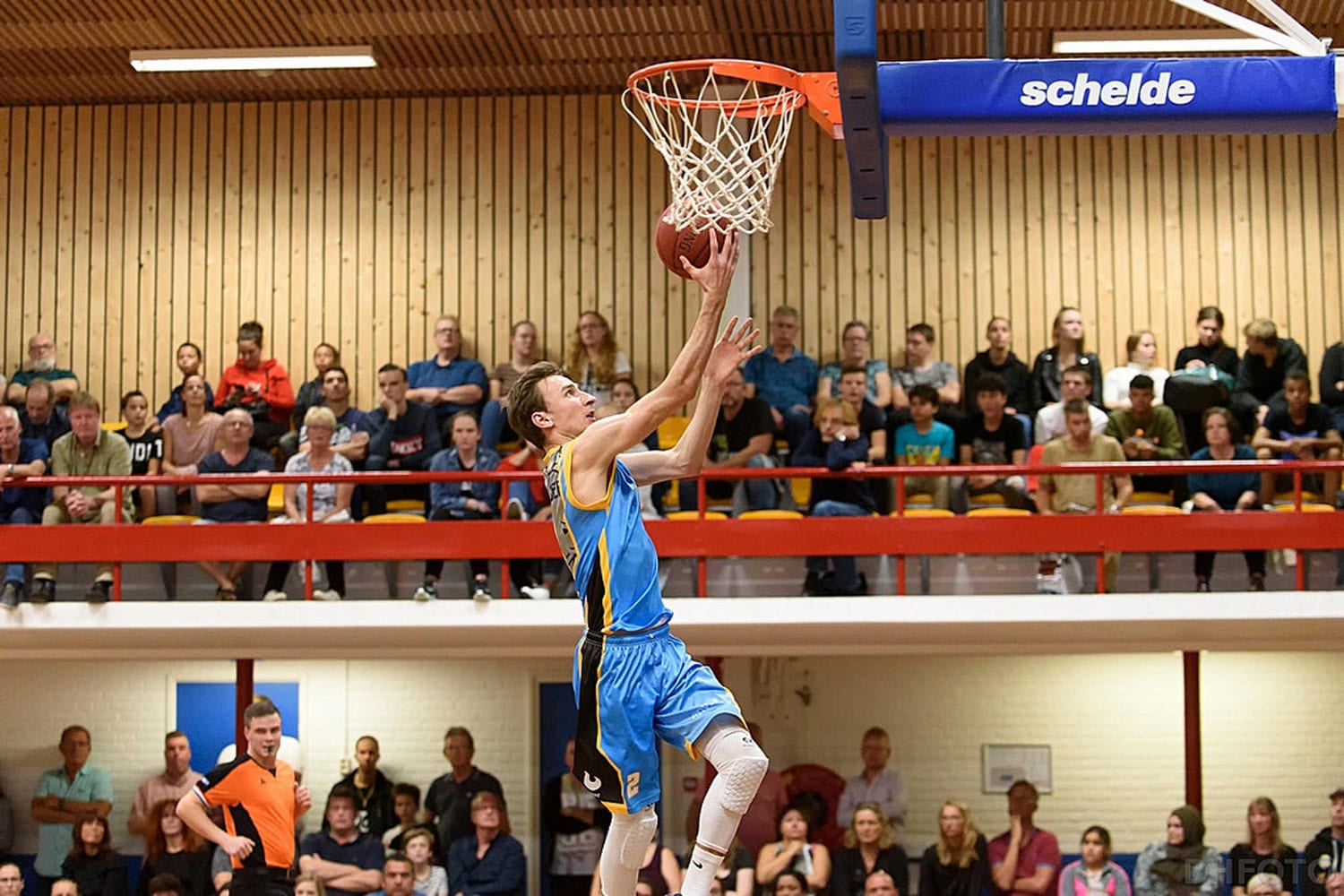 It’s not easy to stand out as a Dutch player in the DBL, as so many teams have talented Americans on their roster. Boy van Vliet, one of the newest additions of the Den Helder Suns, managed to do what no Dutch player had done since Kees Akerboom Jr. in 2004, score 38 points in a single game.

Van Vliet spent the last four years in the United States, as he first played for the North Iowa Area Community College and then transferred to the Dallas Baptist University to play Division II basketball in his last two college years. Now, he’s ready to make a difference in the Dutch Basketball  League.

You scored 38 points in a game in the DBL last week. By any chance, do you know some of the other Dutch players who’ve managed to do that?

I am positive there has been several Dutch players that scored this amount or more, but I have yet to find out who they were.

How did you think the game went? Did you notice that the scoring went so smoothly, or did you only notice that after the game ended?

I did not realize it until in the warm up at half time, one of my teammates told me I had 18. So I stayed aggressive in the second half and tried to help cut down the lead with the best of my abilities.

How will you ensure that you’ll keep up the scoring throughout the entire season?

I always try to stay focused and aggressive, get extra shots up in practice, take care of my body and watch/study the next opponent up. Basketball isn’t only about scoring, there will be games that the ball doesn’t seem to go in that is especially where I have to use my other skills to help the team.

Why did you decide to go and play with the Den Helder Suns? In what way did the club stand out for you?

I got excited talking to coach Peter about what the team would look like for the upcoming season and hearing that people love their basketball in Den Helder. So I thought it would be a great place for me to start my career.

What are your expectations for the season with the Suns?

We want to be in the play-offs when May comes around. But we are taking it day by day, practice by practice. We can be an extremely dangerous team especially when everybody is healthy.

How do you see yourself fit into the Suns’ playing style?

I am playing point guard which I didn’t know before the season, because I was mostly used to play the shooting guard. Coach Peter gives lots of freedom to call plays so I have to control the game and find where my teammates are hot or have mismatches they could take advantage off.  I think I am still adapting and have so much more room for improvement.

Are you looking forward to a certain match-up? Or are all opponents the same for you?

Every game is different and special on its own, although you want to approach every game the same way. The games against New Heroes in Den Bosch will always be special because family and friends can easily come and watch, after having to watch a US livestream for the last four years. Also, a fun thing about playing in the DBL is that you get to play against some old national team teammates and or people you know from elsewhere.

You’ve played in the United States for the past four years. What clubs did you play for before you made that step?

I started playing in Vught for a club called EVBV Octopus. When I was 16, I played for Almonte Eindhoven for 2 years. After that I played in Utrecht with UBall for 1 years, before leaving the Netherlands.

You played at a Community College for two years, before you made the step to Division II basketball. How did you end up at the Dallas Baptist University?

During my sophomore year at North Iowa Area Community College I got in touch with several division 1 and 2 coaches who wanted to recruit me. Dallas Baptist University was one of the 4 universities I took an official visit to, which means they fly you in and show you the school and everything around it for 2 days. This school left such a lasting impression that I decided to sign a week later.

What was the advantage of a smaller college?

For an international student in the US without a car it is actually very nice to attend a university that is not extraordinary big. The lecture halls/classrooms, library, gym, weight room, restaurants etc. were all on walking distance. If I needed to go off campus my teammates were willing to drive me or kind enough to let me borrow their car.

Did you have to adapt to the way DBU played, or did it go quite naturally?

Playing for a different coaching staff will always take a little bit to get used to. But my mindset was to get on the same page with coaches and teammates as soon as possible, which led us to winning conference 2 years in a row including conference tournament my senior year.

How did you experience your time there?

Amazing. Dallas is a unique city, DBU is a phenomenal University where I grew in my faith, got to make lifelong lasting friends that I will cherish forever. And made some unbreakable bonds with coaches that have guided me throughout my college career.

You already scored a lot during your time at DBU and the North Iowa Area CC, but did you expect that it would go so smooth in the DBL as well?

It might look smooth at times, but there has been so much work put in to it before the season started. I was able to benefit using DBU’s facilities during my summer after graduation and had the rare opportunity to work out and play pick up with guys in Dallas from whom several play in the NBA/NBA G League.

How do you become a good scorer? Does it go naturally, or can it be taught as well?

You have to have a feel for the basket which for some people can come more natural but for others you can get that feeling by working on it day in day out.

In the NCAA you will only play players that are pretty much the same age, whereas in the Dutch competition or any other pro league you will be playing older people which means more experienced and more physical play.

Awkward Games To Keep Your Eye on