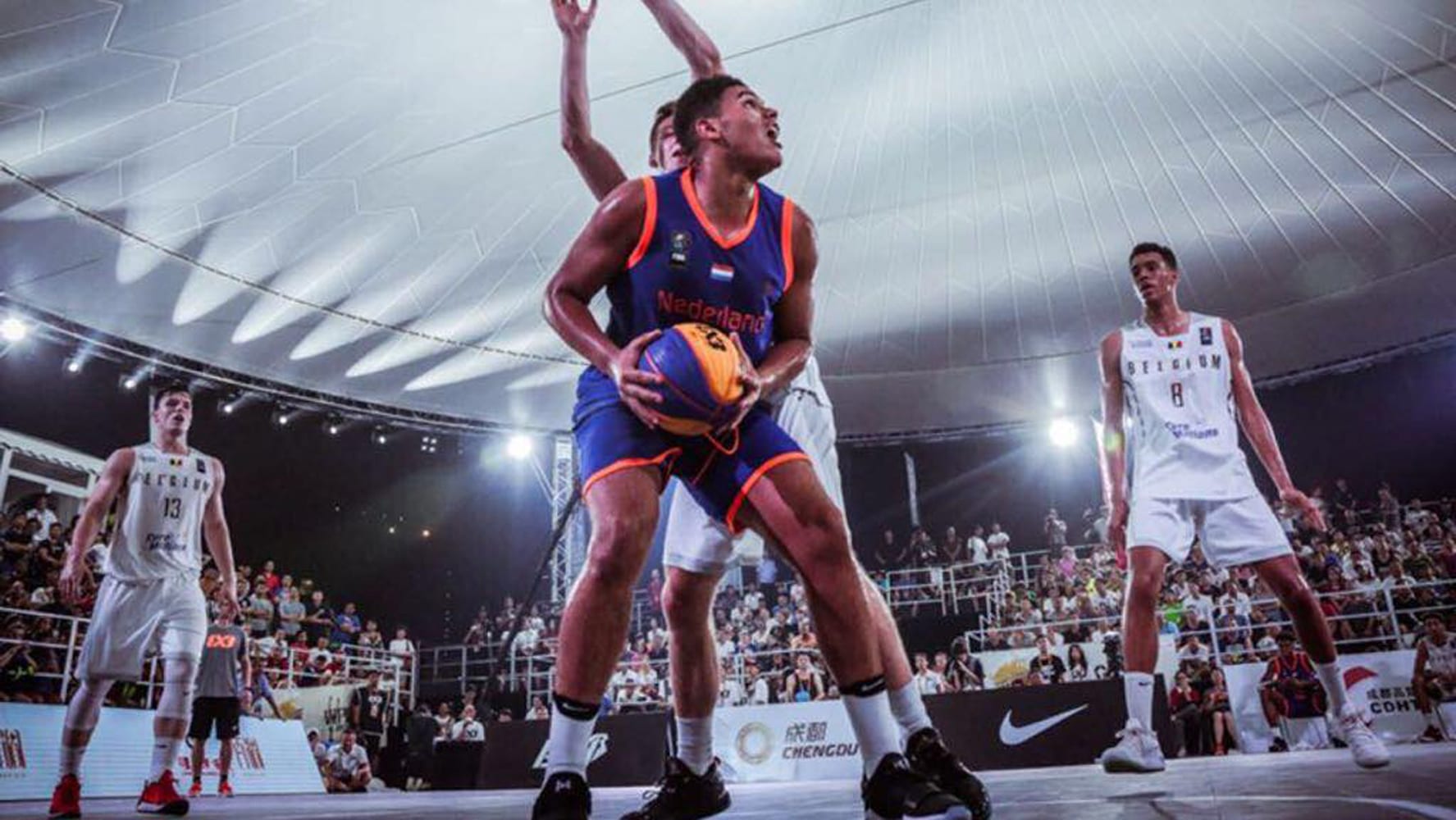 Calvin Poulina is a promising young Dutch player who has just signed for a full four year scholarship with the Binghamton Bearcats, a Division I school.

At what age did you start to play basketball?

I started playing basketball at the age of 10. My mom actually wanted me to play basketball, because I was a pretty big guy at a young age. So she decided to put me on a waiting list and finally, when I was 10, I got a chance to step on a basketball court.

What is your best achievement in basketball?

That would be winning the Regional championship and National Championship in my second year playing basketball.

What was the best advice a coach has given you?

A coach once told that I was a great post up player and a great shooter, but he saw I was putting so much trust in my shot and that I forget to play inside in games and that it was hurting my game. So he told me to play inside out and take advance of your opponents weaknesses.

Why did you decide to go abroad to play at GBA in the Czech Republic?

I went to Get Better Academy (GBA), because it gave me the opportunity to work on my individual skills everyday of the week and play a lot of games during the year and play at international tournaments. I definitely learned to be more mature on and off the court. There were days where we practiced two times a day, and days where we practiced three or four times a day. The guys in the program who weren’t from Prague, lived abroad or didn’t come from the city, lived in the dorms in the gym.

I love to play 3×3 because you can play physical and you have more freedom in your actions compared to 5 on 5. I like playing 3×3, but I actually  prefer 5on5.

What skills did you improved last season?

You have signed at a D1 college! What are your expectations for next season?

To get to the tournament and have a good freshman season, those are my main goals for next season.

How do you stay healthy and how do you try to get stronger?

I try to stay healthy with the help of my diet. I’m on a low carb diet. Furthermore, I do strength and conditioning practices twice a week. Before a game, I eat lasagne a lot and that’s also my favourite food.

With my diet and strength and conditioning practices. 2x a week.

Do you have a basketball icon?

Who is going to win the playoffs?

The Golden State Warriors, and they’re also my favourite team.

What is your ultimate dream?

My dream is to play in the NBA.