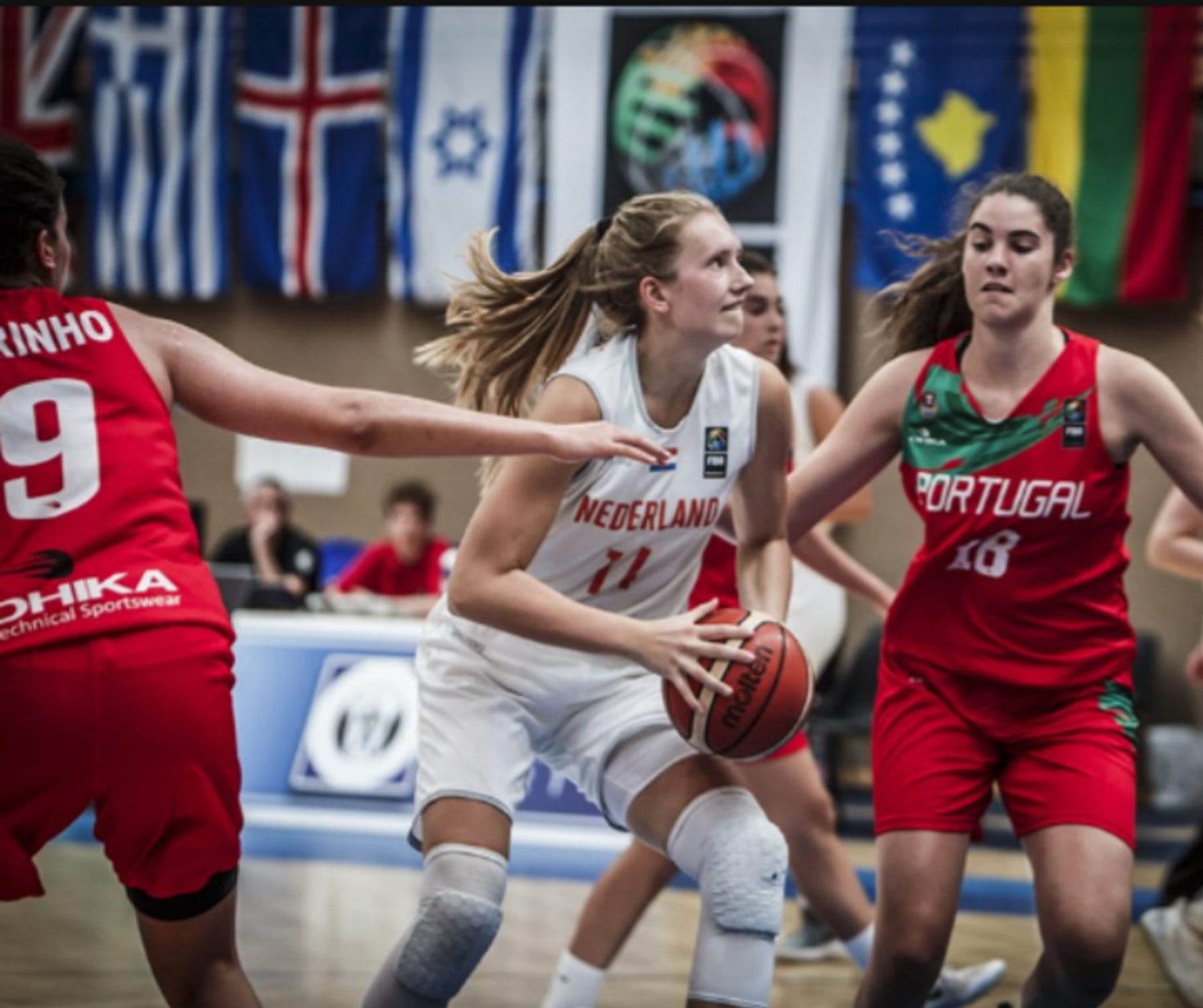 She is only 17 years old, but already played at several clubs. With the amount of talent she has, she managed to make her debut at the highest league of the Netherlands very quickly. She has many plans and ideas for the future, and she is willing to share that with us. Meet Celine Dupont!

Well, I am Celine Dupont, 17 years old. This season I am playing at Binnenland Barendrecht and WSV Apeldoorn U20.

At what age did you start playing basketball?

I started when I was 6 years old. First I was playing at the Kikkers in Borne.

Where did you play basketball so far?

As said, I started at the Kikkers. From there I moved to Uitsmijters Almelo, Jolly Jumpers in Tubbergen, Landstede Zwolle, Binnenland Barendrecht and WSV.

For what reason did you start playing basketball?

My father used to play basketball at Olstars in Olst. When I saw him playing I wanted to do the same. My sister also plays basketball at WSV U20.

As you said, your sister Aliette Dupont also plays basketball. Are the both of you kind of the same player?

Hmm, that’s a good question! We both are playing at center, but I think that is everything I can come up with.

How much do you both differ from each other?

Aliette plays more athletic, searching for drives and quick releases. I think I am more like a technical player.

You debuted at the Vrouwen Basketball League when you pretty young. How was it to debut at the highest league of the Netherlands?

I was pretty nervous at first. Nevertheless, it was felt amazing to play at the highest league. I have learned a lot from my teammates, have gained a lot of experience and I feel like I am a much better player.

I am planning to move to the USA next season. It is the place where basketball became big and the number one sport. I can also combine my study with basketball. If basketball wouldn’t work out, I will always have my study. But I always try to make the best of basketball.

We played a game with Landstede U18. We were down big against Den Helder, but fought ourselves back at two overtimes and still won the game. We were the underdog that game.

Everything goes faster and is more physical at those tournaments. You learn a lot of things, like finish in traffic, or make better and quicker decisions. I got used to that level pretty quick.

I hope to win either bronze, silver or gold during an European Championship tournament. I would like to be selected at the highest National Team either.

I like to see Breanna Stewart playing at the WNBA. She can shoot the ball so well she is pretty tall so she can also finish from close range and grabbing a lot of boards. She is someone who inspires me!

Yes, I played at a tournament in Rotterdam with some of my team mates at Binnenland. We finished first too. Last time, I played with my sister and Maaike van Zeijl in a team.

If you make one mistake in defense, then you already have a problem. You must be pretty sharp at one on one defense. Driving is also a crucial point, because it is possible that you must defend a guard, so in that case you must be pretty quick to defend him or her. At 5×5 you can avoid those kind of problems much quicker.