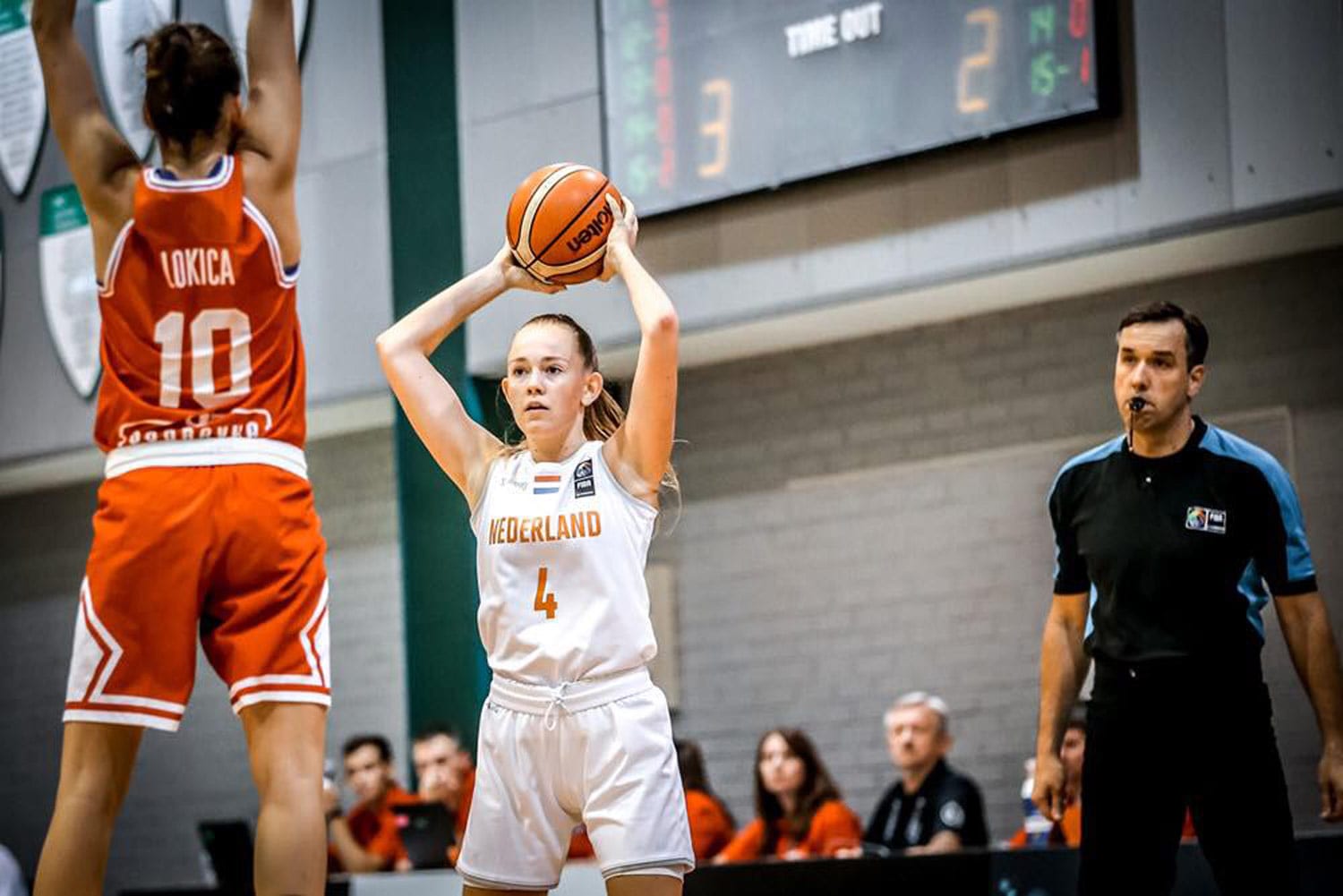 Will Bol Bol surpass his father in the NBA?

Ellen Meeringa was part of the u16 team that played at this year’s European Championship  and plays for CTO Amsterdam.

Ellen Meering is a 16 year old basketball player who is playing at CTO Amsterdam at the moment. I was born and raised in Elst, where I played basketball for the first time.

I used to dance before I played basketball. Every time I finished dance practice, I walked along a basketball court. I started to get interested in the sport, and not to mention; both my cousins played basketball to. I wanted to know what it’s like to play there.

Besides your cousins, did anyone else in your family play basketball?

To be honest, no. I was the first who start playing basketball. My sister Moniek Meeringa started one year later.

Where have you play basketball so far?

I started at Elst Unlimited, from there I moved to Arnhem Eagles. After the Eagles I went to Batouwe Bemmel, where I also played at Lekdetec for a couple of minutes. Right now, I am playing for CTO Amsterdam.

I am more a player who uses her basketball IQ and the way of understanding every play. I may be not the quickest or strongest player, but I can set my teammates on the right spot and giving a lot of good passes.

I want improve my leadership and be a stronger defender.

Last year you choose the CTO program; with one kind of reason did you make that decision?

You and your team went to Minsk this month. How is it for you to travel a lot with CTO?

“I like to do ánd see many different things. It is more challenging to compete against more opponents then only playing against teams in the Netherlands. It is also a good preparation for the summer to play at different kind of levels within Europe.” 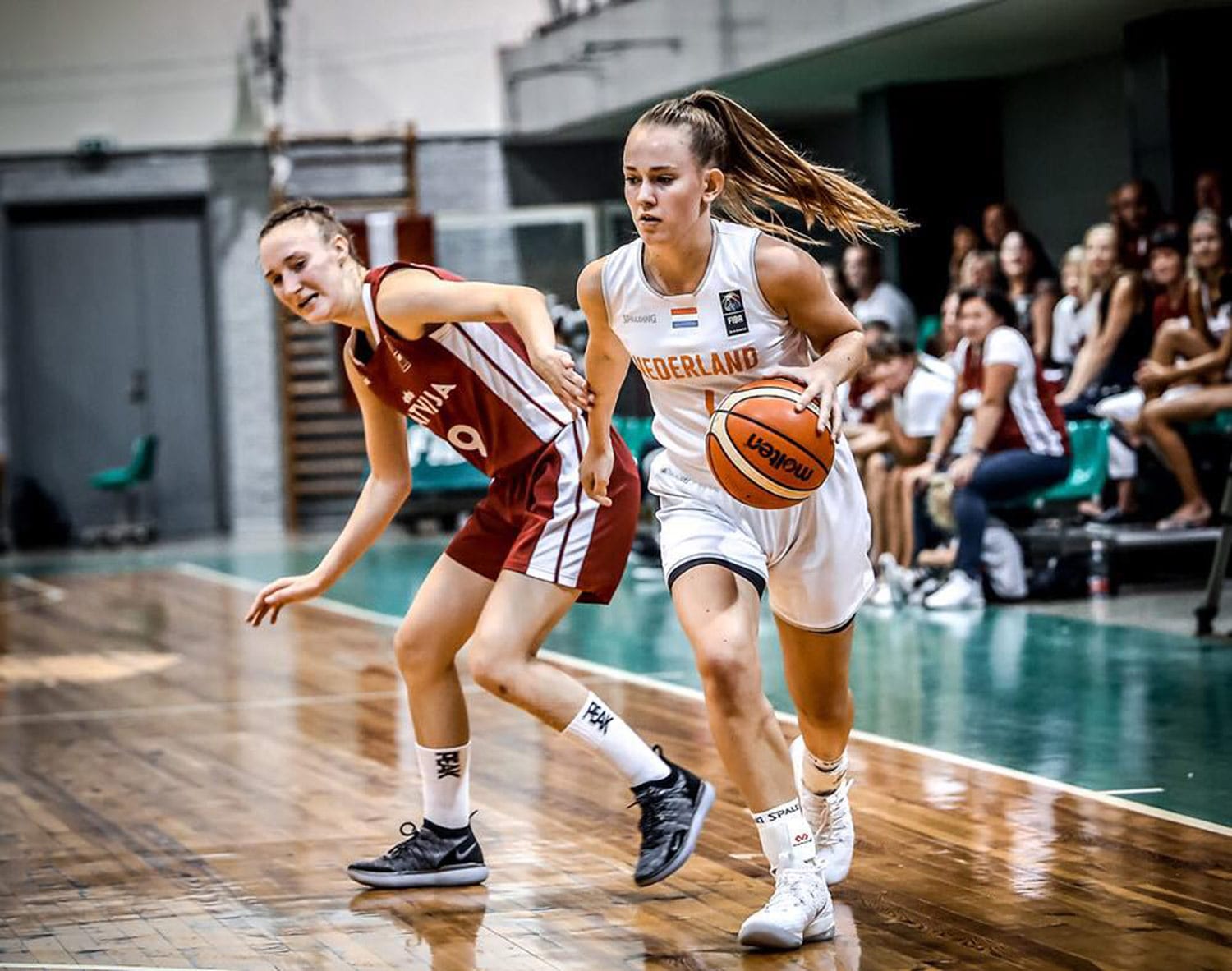 Last summer you played at European Championship U16. How was it to play at this tournament?

It was amazing! When I was a little girl I always wanted to play for the national team. When you hear that you are selected it’s like a dream come true! Unfortunately we didn’t won this year, but no one can take this kind of experience away from me.

You played at Lekdetec, where you became the champion in 2017. How was it for you to reach the championship?

Well, I didn’t play that much at Lekdetec, but you can learn a lot of things when you play at the highest level in the Netherlands. I learned a lot from Karin Kuijt and Jacobine Klerx. It was an amazing play off serie that I would never forget.

Do you play 3×3 basketball yourself?

This summer I played a tournament with U18. I play sometimes 3×3 basketball, but not a lot of times. I think it’s more dynamic and you should play a different kind of defence. Since I want to improve my level of defence, I think it is a good excercise for me.

Can you pick a special moment during your career?

Last year we played the first game in the U20 competition in Den Helder when Floor Toonders hit that crucial threepointer to tie the game in the last quarter. We thought it would be difficult to come back in the game, and that is what happened in the last six minutes.

Do you think basketball in the Netherlands is growing?

What are your expectations for this year’s U20 competition?

I hope we will win the championship. I think we have a good team to reach that kind of ambition.

Not exactly, it’s not that I really want to play in the US, but some European countries (like Germany or Spain) can be a good option as well.

Will Bol Bol surpass his father in the NBA?