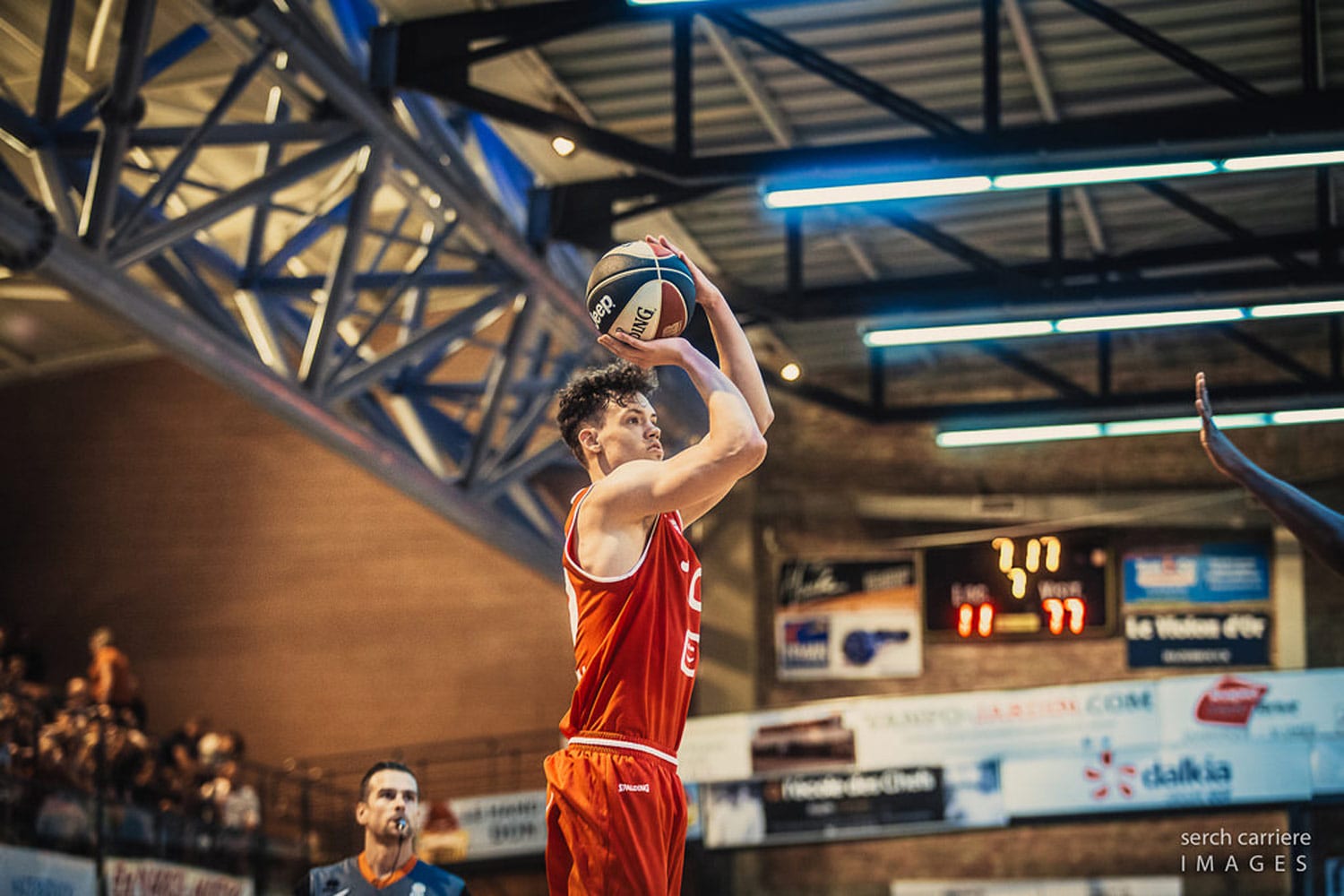 Hans Vanwijn is a Belgian international that is currently playing for the Antwerp Giants. He had quite a busy off season, as he got the chance to work-out with the Oklahoma City Thunder this summer. Though he definitely grabbed this chance, Vanwijn knew he was going to return to Antwerp for the upcoming season.

Tonight, the Antwerp Giants will play their first game in the qualifiers for the Champions League against AEK Larnaca. Their goal is definitely to reach the tournament, after they just missed it last season.

Tonight, you’re playing the first game in the qualifiers for the Champions League. What are your expectations of your opponent, AEK Larnaca?

I actually know very little of Cypriot basketball. I do know that Travis Releford plays there, who was active in Belgium for a couple of years. In the end, if you reached the qualifiers of the Champions League as a team, it means that you have skills and qualities, so we don’t underestimate anyone.

Are you preparing any different for this game in the Champions League than any other game?

Absolutely, I think that every game is important, but that we have to be even more motivated these first few games, after we missed just failed to qualify ourselves for the Champions League. The margin of error is very small, lose and you downgrade to the Fiba Eurocup. Everyone knows what’s at stake and will be extra focused on the game.

You’ve been preparing for the new season for a while now, but some of you, including yourself, have just returned from international games. Has that influenced your preparation as a team?

We only had two players who had to leave to play for the national team. I don’t think it’s going to make a big difference, especially as we were able to keep the team from last year together. Of course, it would have been ideal to do the entire preparation together, but this was the case.

What are your chances to reach the main tournament of the CL?

As I mentioned before, we were able to keep almost the entire team together, which really plays to our advantage. Last year, we were very close, and if we can play on that level again, I have every confidence that we can reach the CL.

What makes your team, Antwerp, a strong team?

We are a very young team, but therefore also very aggressive and strong in the fast break. Because we’re now even better attuned to each other. I think that our defense really causes a lot of trouble for other teams. Offensively, we have the qualities, and we will play like it.

Last season, you lost the final of the playoffs in Belgium to BC Oostende. What’s the plan to win the title this year?

I think in general, we’re not going to chance too much, and just continue working on what we were already doing. This season, we have a bit more experience, which we certainly missed in some crucial phases last season.

You’re also a Belgian Lion. What’s it like to play for your country?

It’s always a great honor to play for your country. It’s unfortunate that we’re out of the World Cup qualifiers, and back in the pre-qualification for the Eurobasket. But, with the new young players knocking on the door, I’m sure we’ll show great things.

You had a great start in the pre-qualifiers. What are your chances to reach the next round?

With the qualities we have, we should actually finish first in the group. But, as the first game as taught us, it’s not going to be simple. We were twenty points ahead, but in the end we only win by one point. The next window in November will be crucial, as we move on the Iceland and Portugal.

What are your thoughts on the new coach, Dario Gjergja, and the influence he can have on your style of play?

I think he does have a different way of working than coach Casteels. But, over a longer period, he has already proven that he can make players better and be successful at the same time.

This Summer, you had the chance to work-out with the Oklahoma City Thunder. How did you experience that?

For me, the biggest difference were the facilities and the money/interest that’s involved. In Belgium, it’s not always easy to find an available court in the Summer, where you can practice alone or with a couple of friends. When I was in OKC, everything was arranged, I could enter the facilities with a pair of basketball shoes and I was good for the rest of the day.

There was a cook who prepared food in the mornings and afternoons, your outfits and socks were washed for you. There was a Jacuzzi and ice bath, it even went so far that there was shampoo and toothbrushes available if you needed it. Not to mention the number of staff and coaches who were there. It was very professional, a fun experience.

You were still under contract with Antwerp when you went to practice with OKC. With what kind of expectations do you go there?

I knew I was going to OKC to gain experience. Of course, everyone dreams of getting a contract and playing in the NBA, but you also have to stay realistic at that moments, and just enjoy the experience. I knew that I would still play for the Antwerp Giants next season.

How did the practices with OKC differ from what you normally do in Belgium?

The way of practicing is quite different in the States. During the warm-up and the drills, loud music is being played. They also watch a video what will happen during the practice and what is expected of them. There are also a lot of coaches, so you’re constantly busy and therefore these workouts are really quite heavy. I didn’t feel a lot of pressure for the practices, you want to prove yourself, but you also have nothing to lose.

You’ve been playing on the highest level in Belgium for a number of years now. Do you have ambitions to go abroad?

My goal is to go and play abroad.  There were some offers this Summer, but nothing that really convinced me. If I were to take the step abroad, it should be a team that’s a step higher than Antwerp. I’m thinking of a top 8 team in a better league like Spain, Italy, Germany…

Do the States attract you the most, or will you just wait and see what comes in your path?

Every basketball player dreams of playing in the NBA. My goal has always been to play in the highest league in Europe; the Euroleague. If I’m ever able to play on that level for a couple of seasons, I would definitely be able to say that my career was successful.