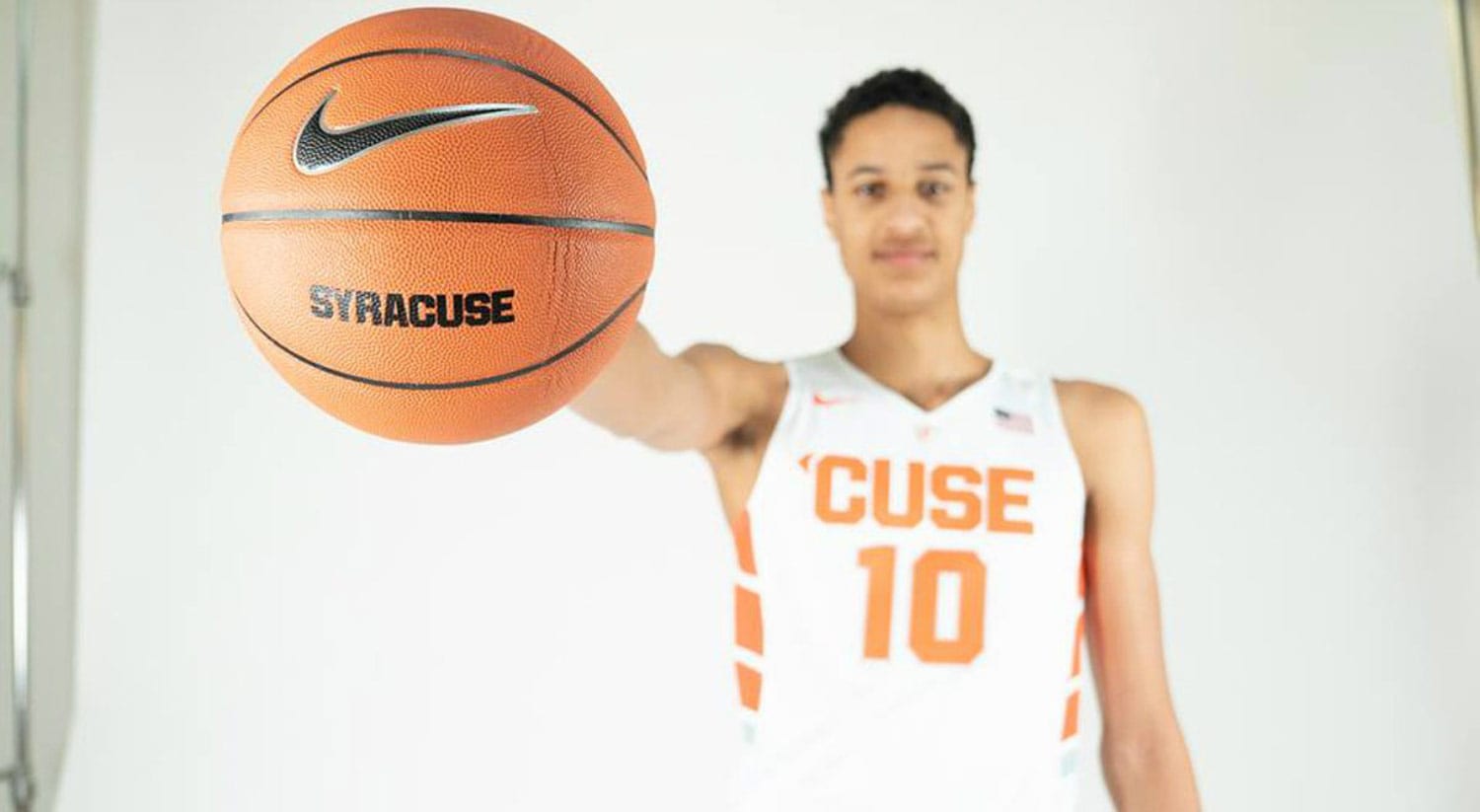 Jesse Edwards left the Netherlands to go to the States in December and joined the IMG Academy. Within a short few months, he had already managed to get offers to some great schools. His choice finally fell on the Syracuse University, home of the Syracuse Orange. He isn’t the first basketball player in his family to make the step to go overseas, as his brother Kai has just finished his junior year at the University of Northern Colorado.

IMG is a boarding school and trainings institute in Florida. It’s a place where a lot of top athletes transfer to or come to, to be able to practice at a higher level.

Why did you choose to go to the IMG Academy?

IMG offers the possibility to practice at the highest level in basketball, but also for a lot of other sports as well. You meet athletes from all over the world, and you practice next to Olympic athletes. Of course, the weather was pretty nice as well. 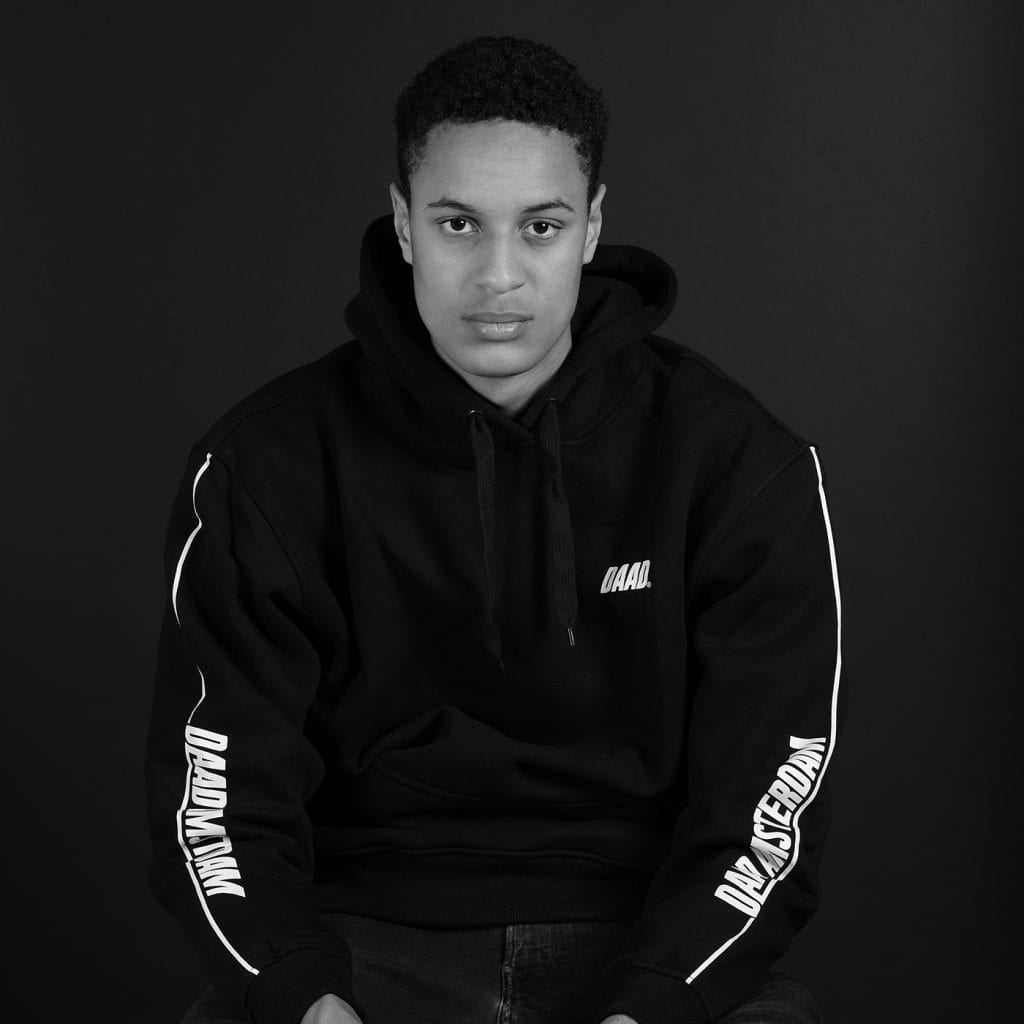 What has changed in your game since you went to the States?

I think I have learned and improved a lot in the past six months. The pace of the game is a bit quicker and it’s all less organized and those are definitely things you need some time to get used to.

You only went to the US six months ago. How has it been so far?

I loved it. As a young basketball player, this is definitely the place to be. Of course, I do miss Amsterdam once in a while, but that just makes it more fun to be back home.

Did you discuss playing basketball in the States with other Dutch players before you made the step?

Yes, I discussed it a lot with my brother, Kai, beforehand. He’s playing for Northern Colorado U, in Division I, so he knows what’s going on.

What are your expectations for college basketball?

Well, I hope it will be the best, most successful and most fun time of my life. After all of this, I can’t wait to experience it all for myself.

Syracuse’s coach visited one of our games. After the game, we talked for a bit and stayed in contact. Shortly after that, they called me and gave me an official offer.

Why did you eventually choose for Syracuse?

Well, next to their amazing basketball team and facilities, I really enjoyed the coaches, surroundings and environment. The other schools I visited were out of this world as well, but this one just felt the best.

What did you know about Syracuse Basketball?

I didn’t know that much, but I knew Carmelo Anthony had played there and that the arena was huge, haha. Now, I know a lot more about them, and it has only made me more enthusiastic than I already was.

How many universities did you visit?

I went to five schools.

Where do you focus on during those visits?

I especially focused on how much effort people put in for you, and how I would fit into that college for both basketball and school. For me, a school needed to have a good, clear place for me, with coaches that saw the same in me as I do. You also have to see yourself walking around on that campus, as it will be your home for the next few years.

How do you look past the sales pitch, and make the right choice?

All coaches say whatever you want to hear, but you just have to think for yourself, and determine if everything they say or promise is doable.

Did you see Syracuse’s NCAA Tournament this year?

That wasn’t a great game. But that will all change next year, haha.

Syracuse and their fans called you a ‘mysterious 2019 center’. How would you describe yourself to them?

I have learned a lot during the past few months, and I believe that I can add a lot to the team, but I also know I still have much to learn, and I will continue to grow and develop every day.

What will be your biggest challenge at Syracuse next year?

Playing physically against guys who are much heavier than me. You can play in college for four or sometimes even five years, so that means you could play against 23-year-old men. That will be a great challenge.

Half-Dutch Killian Tillie Wants To Go To The NBA