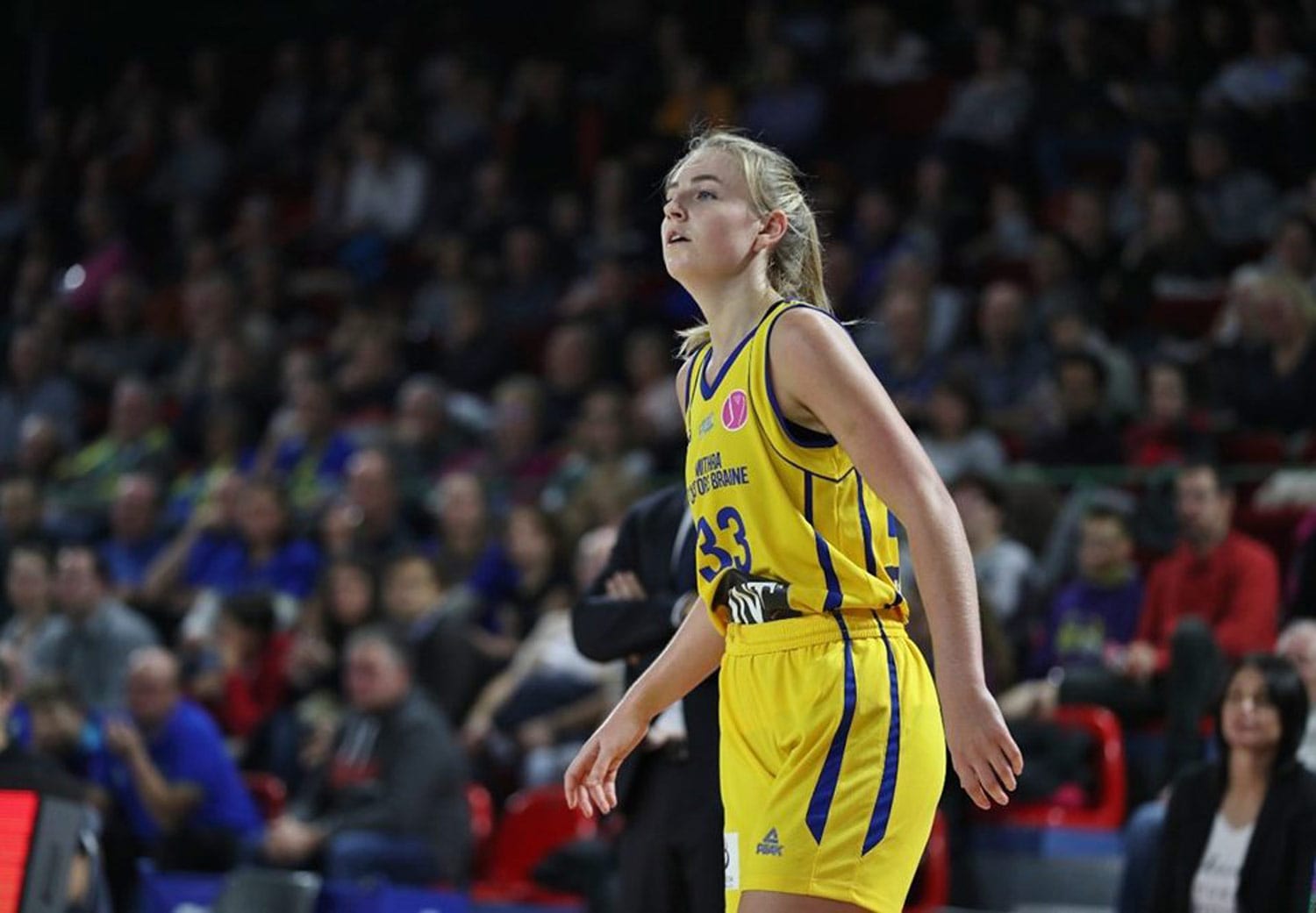 Mithra Castors Braine made a great deal when they signed WNBA player Karlie Samuelson for this season. A California girl found her way to Belgium. Two weeks ago Samuelson joined the team and she immediately made a big impression. With Samuelson, Braine wants to make a big run in the Euroleague this season. And so far, Braine and Samuelson are a perfect match.

How’s life in Belgium so far?

You finally played your first games for Braine. How was that?

They were fun. It takes time to get used to playing with new people and new coaches. I like how we are getting to know each other.

Your debut in the Euroleague was impressive. 18 points, 3 rebounds, an assist, one steal in 28 minutes. How good did that make you feel?

Thank you! It felt really good! I know I put in work in the off season and so it feels good to do well in my first Euroleague game. There will always be ups and downs in a season but it definitely boosted confidence for me and the win most importantly boosted confidence of the team.

You already committed to Braine in April? What convinced you half a year ago Belgium was the place to be?

You are known as a shooter playing for Stanford as a college player. You were on of college basketball’s top three-point shooters: 47.7 percent. The third best in the country. Where did you learn to shoot like that?

My dad taught my sisters and I how to shoot. We spent a lot of time in the gym working on shooting, so I’m thankful to have my dad and my mom be so supportive and invested in me and my growth as a basketball player.

Your older sister Bonnie played for Stanford as well, your younger sister Katie-Lou plays for Connecticut. How was that? Three competitive sisters growing up together?

Growing up together and playing the same sport allowed us to spend so much time together as a family. It is the reason we are so close. Yes, it was very competitive and definitely made us all better basketball players. I learned how to hold my own and be physical against my sisters, as they both ended up a good few inches taller than me.

As sisters, you evaluated each other after games. That will be difficult now. How do you keep contact nowadays?

I talk to my sisters all the time on FaceTime. My whole family watched that first Euroleague game live on YouTube and they were all very excited for me. My little sister’s season is starting in a week and I always talk with her about how she is playing and feeling. Unfortunately, I have to wait a day or two to stream her games because I am over here in Europe, but I have watched every single one of her college games and I plan on continuing that this year.

Your father was a professional basketball player in England, your mother a netball player. Who gave all three of you their talents?

Both my parents taught all of us how to shoot and play basketball. It was always a family affair, growing up going to practices and games together. Every year I think both of them taught each of us something new to add to our games.

Your father is American, your mother is from England. Bonnie chose to play for Great Britain’s national team, Katie-Lou is playing for the United States. This summer you played for the national team of Great Britain for the first time.

It was an incredible experience playing for the Great Britain National team for the first time this year. The girls are so nice and we won two big games together.

Was your mother proud?

My mom was definitely proud of me. Last year my mom and I visited her sister in England. That was the first time I had ever been there and the first time she had been back in 23 years. She is coming again this November with me. I am proud to represent the country that my mom is from.

It is possible you might have to go against Katie-Lou in the future playing on different national teams. That must be strange?

It has always been a dream of mine to play against my sister. I never got the chance to in college, so playing against her and the USA team while on the Great Britain team would be a crazy and really fun experience. And playing with my sister in the future is a dream of mine as well. This year you played in the WNBA for the LA Sparks. How was that experience?

My first WNBA season was quite an experience. I had a lot of fun and learned so much about the game and about myself. And to be part of the LA Sparks was an absolute dream. I learned so much from playing with incredible players like Candace Parker, Chelsea Gray, Nneka Ogwumike and Alana Beard. Being able to play at Staples Center in front of my family and friends is something I am extremely proud of.

In 2017 you played strong in training camp for the Sparks but due to a fractured foot you were not able to complete camp so you didn’t make the team. Was it an extra motivation to make the team this year?

I would say that fracturing my foot after playing well in camp definitely motivated me to work as hard as possible and improve my game to try to make the team the next year. I actually kept a WNBA logo that fell off of one of my shorts in my wallet the entire year to remind myself what I was working for.

Katie-Lou will be one of the top picks in the WNBA in 2019. What can you tell her about life as a professional player?

I talk to my sister all the time about how to improve her game and how physical professional basketball can be. She has improved so much over her first three years in college and I am proud of how versatile she has become and the kind of leader she is on her team. I tend to learn a thing or two from her nowadays as well. The most important thing though is to be healthy, strong, and feeling good. We love to workout together in the small amount of time we get in the off season.

On Instagram I found a picture of you with Magic Johnson, Kobe Bryant and your sister. Are you a Hollywood celebrity or where you at the right spot at the right time?

Haha definitely not a celebrity. That was right after I fractured my foot. Penny Toler got me tickets for my family and myself for the season opener at Staples Center. Kobe’s daughter’s favorite player is Katie Lou and so we all got to say hi to her and talk with Kobe and Magic. It’s nice having a superstar little sister.

You played for the Sparks this year, played for the GB national team and you played in Italy. And now you have a full season ahead. That’s a heavy workload. How do you keep fresh?

Life as a professional basketball player is definitely a lot of work because it is almost a year-round season. I make sure to keep my body feeling healthy with proper workouts and recovery but most importantly I keep my mind right by talking with my family and friends. I try to keep a positive mindset and remind myself to really enjoy these experiences that basketball has given me because playing basketball as my job is not something I can do forever. So I do not want to take it for granted.

Last question. After growing up in California and a full year in Italy. How do you like rainy Belgium?

I have been spoiled growing up in the California weather! I am cold! But I just put on three jackets, a rain coat, scarf and a hat and I am good to go.

NBA Kicks of the Week