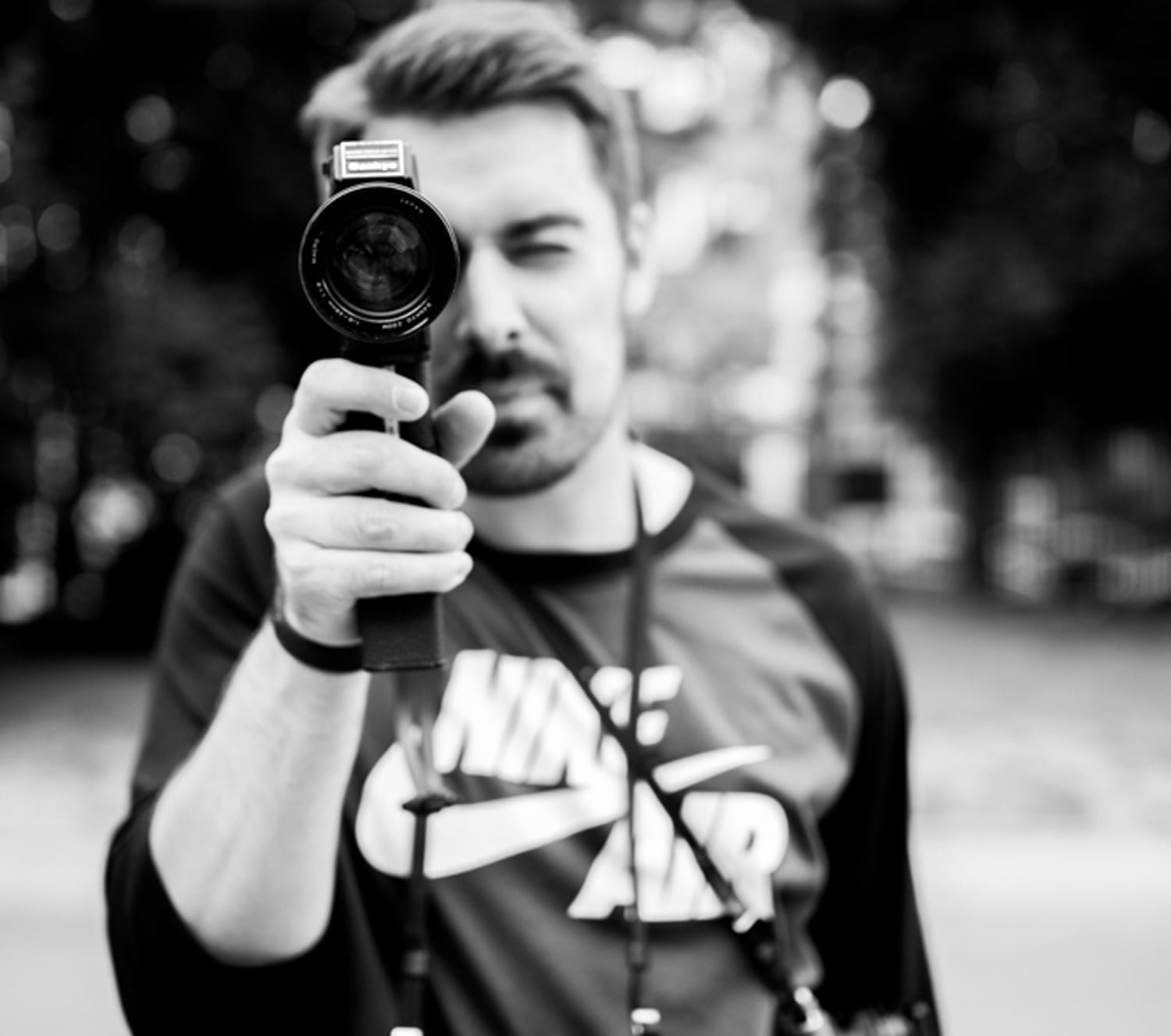 Players Who Recovered From a Torn ACL

French photographer, Kevin Couliau is currently one of the top basketball photographers out there right now. It all started out with him taking pictures of his friends doing dunk shots on their neighborhood court and today he travels all over the world capturing the essence of different basketball cultures and collaborating with top sports brands such as Nike, Carhartt, and K1X.

Hi, could you introduce yourself?

My name is Kevin Couliau, I’m a French ballplayer, photographer and film director.

When did you decide to pick up a camera?

I started photography in 2004 when my older brother gave me his old Canon EOS 5, a semi-pro film camera that helped document my local playground. My goal was to capture the aesthetic of my friend’s dunks and our local heroes. I grew up playing basketball but also doing skateboarding, I was surrounded by skateboarding photographers so I ended being fascinated by the visual culture in this sport. How they compose everything with the architecture, where the athlete is not the priority but an element of the landscape. I wanted to bring this to basketball, reveal its natural aesthetic and beautiful design.

Did you study for photography?

I’m a self-taught photographer but I had the chance to learn the basics through my brother who was a skateboarding filmmaker.

Who was the first photographer that caught your attention?

I’d say, Atiba Jefferson, because he came from skateboarding but ended up shooting for Slam magazine. Bring a different aesthetic to our game, using fisheye lenses and other stuff that were culturally part of skateboarding. I was also surrounded by amazing photographers and seeing these guys work was already a great inspiration. Now I’m more looking up to masters of the craft like Richard Avedon, Ansel Adams, Stephen Shore…

When did you decide to make photography your career?

I guess it went gradually. I started in 2004 as a hobby but quickly contributed to various basketball magazine in NYC and Paris. I used photography to pitch stories on playground basketball, which was part of my lifestyle. Traveling to places to play the game and tell stories of the people I met and played against. I was working full time for a German basketball brand until early 2009, then pursued my dreams of documenting NY’s street-ball during the summer to shoot the tournaments and produce a first video called “heart & City of New York city”. I think it’s really after the success of this project that I realized I could bring something to the culture and potentially make a career out of this game.

Why basketball? Where did your fascination for basketball come from?

I started playing at 6 years old and I’m still playing today. Basketball is my life and what I’ll do my whole life. As a photographer, I think it’s one of the most beautiful sport to capture. Even though I didn’t grow up watching the NBA on a daily basis, basketball was the only thing I wanted to do until skateboarding opened my mind to photography, video, architecture, art…

What makes basketball photography so different from other areas?

I’m not sure it’s different, its just a matter of perspective and how you want to capture it. I myself like to shoot courts or portraits as if it was architecture photography but others will love action shots and intensity. Everybody can bring its own vision to the subject like any other sport. Right now, there are a lot of good basketball photographers and what I like is that for the most part, they bring their own vision and style of photography.

Do you have a favorite basketball player and or team?

I’m too old to be a fan I think, or maybe I never was a fan of anybody. As a ballplayer, It’s hard to be a fan of another guy that plays the same sport than you… but I’d say I admire some things in some players like Steph Curry, Devin Booker, Klay Thompson, Ben Simmons…

Basketball photography has taken you all over the world, resulting in the Asphalt Chronicles, could you tell us more about that?

Asphalt Chronicles is a project I started in 2007, at first it was a blog but I never really took care of it. My goal was to do a sort of road guide of basketball for people like me, who enjoyed playing in other cities and wanted to know the courts, where to eat… Never found the energy back then, but with all the recent travels and my work as a photographer. It made more sense to work on this independent magazine revealing the local basketball culture through interviews and of course film photography. I have done three issues for now ( Manila, Dakar, Paris ), one city at a time, but I have content to fill up 20 issues. But it’s more a matter of time than anything else, the good thing is that people really enjoy learning about the local playground culture, and some of them use the mag to visit the courts I talk about in the magazine.

How do you prepare for a trip and what equipment do you bring?

I usually bring my medium format Hasselblad, my Canon 1dx Mark II, and a few lenses. I don’t prepare much since I like to explore and let the events guide my travel. I may hit up a local ballplayer in advance and do a playground tour but sometimes, just showing up to a court and play with the local people is the best way to understand the local scene.

Culturally speaking what has been the most amazing basketball oriented country or city you’ve visited?

The Philippines is by far the most vivid place to shoot basketball, it’s the national sport and people are more passionate about the game there than anywhere else in the world. It’s a fascinating place because people are so resourceful, they’ll find ways to build hoops with nothing and play the game barefoot, in the middle of traffic or a field… it’s quite surreal and that’s why so many people go there to capture the game.

Obviously, your photography hasn’t gone unnoticed in the basketball community and now you’re shooting campaigns for sports brands like Nike and K1X, how do you experience that?

I have been really fortunate to collaborate with our industry leaders but I would say it took years for me to get noticed. It’s part of a long process that started way before Instagram for me. I was shooting courts and people in 2004, all my photos were up on Flickr back then and brands like k1x embraced the aesthetic I was trying to pursue. Like many of the younger photographers now, I started collaborating with small brands and on personal projects and only time and dedication helped me reach bigger names. The tough part for me was that the basketball market is in the US and me living in France was a challenge. Nowadays, the game is more present in Europe than it ever was so it’s easier. Collaborating with Nike or the NBA today is quite surreal, I feel honored and also really glad that the people working for these companies are sensitive to my work. I think being a ballplayer helps a lot in being acknowledged and accepted too.

Do you have a favorite fashion brand with whom you might want to work one day?

I’ve collaborated with Nike on a few t-shirts but my name is not mentioned yet…so hopefully one day I’ll get my asphalt chronicles photos and logo on a pair of Nike shoes!

On which locations would you still love to shoot in the future?

Since I’ve been shooting a lot of playground basketball in urban areas, I’m now trying to visit remote places and find the game where you don’t expect it. It’s part of my book project “Sphere of Influence” so I can’t reveal all locations now but it will surely have places I already visited like Iceland.

What would be your advice to new photographers starting out?

Find a new angle, a new approach. That’s what I  always tell to young photographers, shoot this in a different way than others and bring your flavor to it. I think so many people nowadays hide their lack of vision behind the word “inspiration” so I try to push others to innovate instead of recreating.

What are your goals moving forward?

Working on my book in between commercial projects and travels – once that’s done I’ll quit shooting basketball maybe! haha

Teams That Will Improve In the 2nd Half Of The Season

Players Who Recovered From a Torn ACL