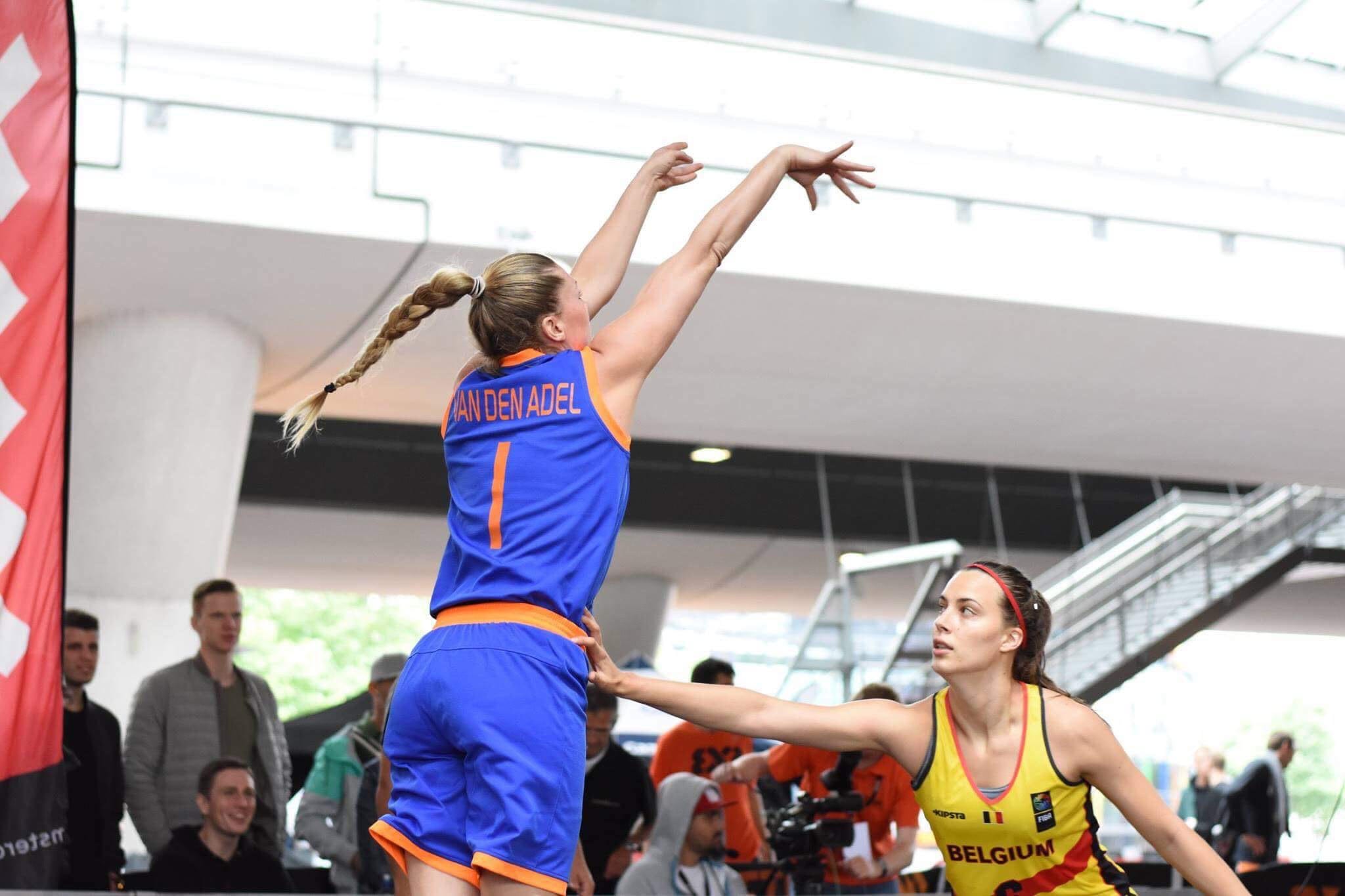 Lisa van den Adel has been playing for Binnenland for a long time. Basketball runs in the family, and furthermore, this month she became champion as a coach with her U14 team.

Both of my parents played basketball a long time ago, so it was easy for me to choose a sport. I started playing at the age of 9, but I really wanted to play earlier. My parents told me to look for something else instead of doing the same sport as they did. Before I began with basketball I did some gymnastics. After that, I played tennis for two years and at last I did jazz ballet. I can tell you, those weren’t definitely my kind of sport!

At what clubs have you played basketball?

I only played at Binnenland Barendrecht, which is a very nice organization to play at.

You have a younger sister (Natalie) and younger brother (Jasper) who both play basketball. What have you learned from the both of them?

My brother kept on practicing, whatever it took. When something didn’t work out, he went to the basketball court and that’s what made me realize that you have to keep practicing to achieve your goal. Natalie inspires me with every move she does on the court and by playing in many different countries.

Do you consider yourself a team player?

I have always played for what is necessary for the team. I am a big fan of the San Antonio Spurs because of their team-basketball. That’s I how like to play basketball. In offense; with all are five players looking for the open player. In defense; everyone on the right position. I am a big fan of defensive methods. I let my younger team practice on those methods a lot.

These days, a lot of young players go and play abroad, but you’ve never left the Netherlands? Have you ever thought about going abroad?

I wanted to finish school earlier. A couple of friends of mine went to the US, but when they came back they still needed to finish school. Of course, maybe it wasn’t so bad to go somewhere else, but I will always be happy that I decided to stay here in the Netherlands. 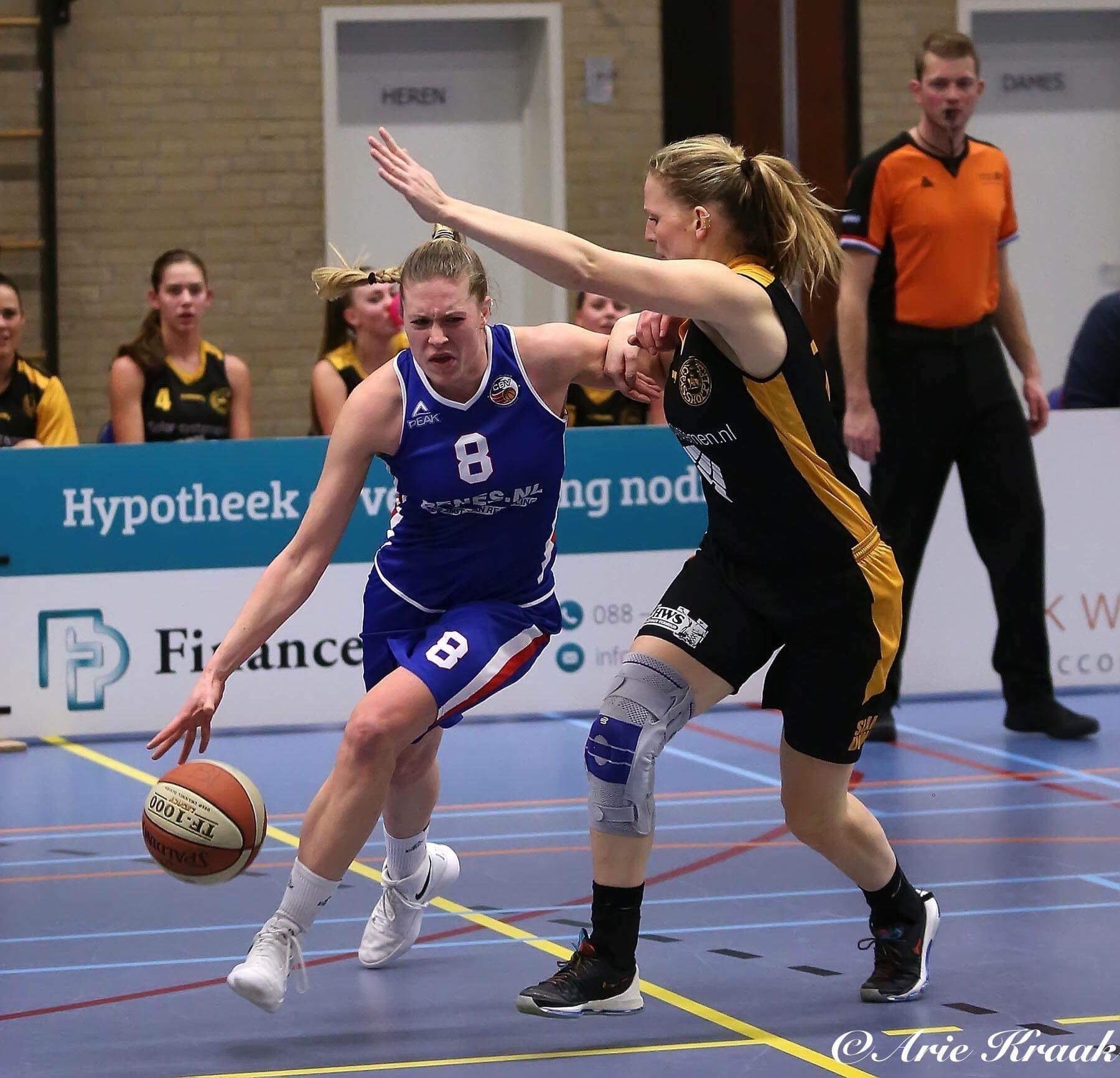 You have played in the VBL since 2007. What was it like to compete in this league back then?

When I was 15 years old, I practiced with Dames 1 of Binnenland, back when Gert-Jan van der Linden was the head coach. The first time I played at Dames 1 we had a very young group of players. Though almost all the other teams defeated us, it was a good experience for me. As the years passed by, we became stronger and stronger. We went from ninth, to seventh, to reaching the play-offs and playing in the finals.

In 2014, you won the championship with Binnenland. How did your team achieve that?

After every year, we had a mix between players with a lot of routine and young talented players. Our coach Joost van Rangelrooij trained us to gain a lot of discipline. That, in combination with our skills and qualities, got us this far. We started as a seed, and we grew every year a little, enough to reach the championship, the NBB beker and of course the Final Four.

Long time ago I got practiced by Ireen Sloof and Inge Huitzing. Both of them gave me so much inspiration. They know very much about this sport and always wanted to help me when I wanted to learn something new.

Both you and Natalie played at Binnenland. In which way did you help each other?

To be honest, we are different kind of players. As said, I am more like a defensive player. Natalie can make 20 or 30 points in a game. That’s her style of playing basketball. Using this kind of different qualities makes us help our team a lot. In both offense and defense.

What is the best advice you’ve ever gotten?

I have always loved quotes. In the years we reached the play-offs I used those quotes to motivate my teammates. I took some of those quotes and hung them in our locker room. There is a quote I always use at work: ‘High expectations are the key to everything’. Without some high expectations you can’t achieve a lot of things. You need to practice for your own development, not because a coach wants you to put your hand in the line. Intrinsic motivation is, what I think, the best you can have to improve or develop yourself.

What is your favorite basketball movie?

Love and Basketball of course, but also another movie. It is not a basketball movie, but me and my teammates saw it on basketball camp: Remember the Titans. It will always remind me of the time I have spend playing basketball. Remember the Titans shows me the way the characters put their own ego and selfishness aside in order to achieve something with a whole team around them. Just like basketball, you can only win with a team instead on your own. 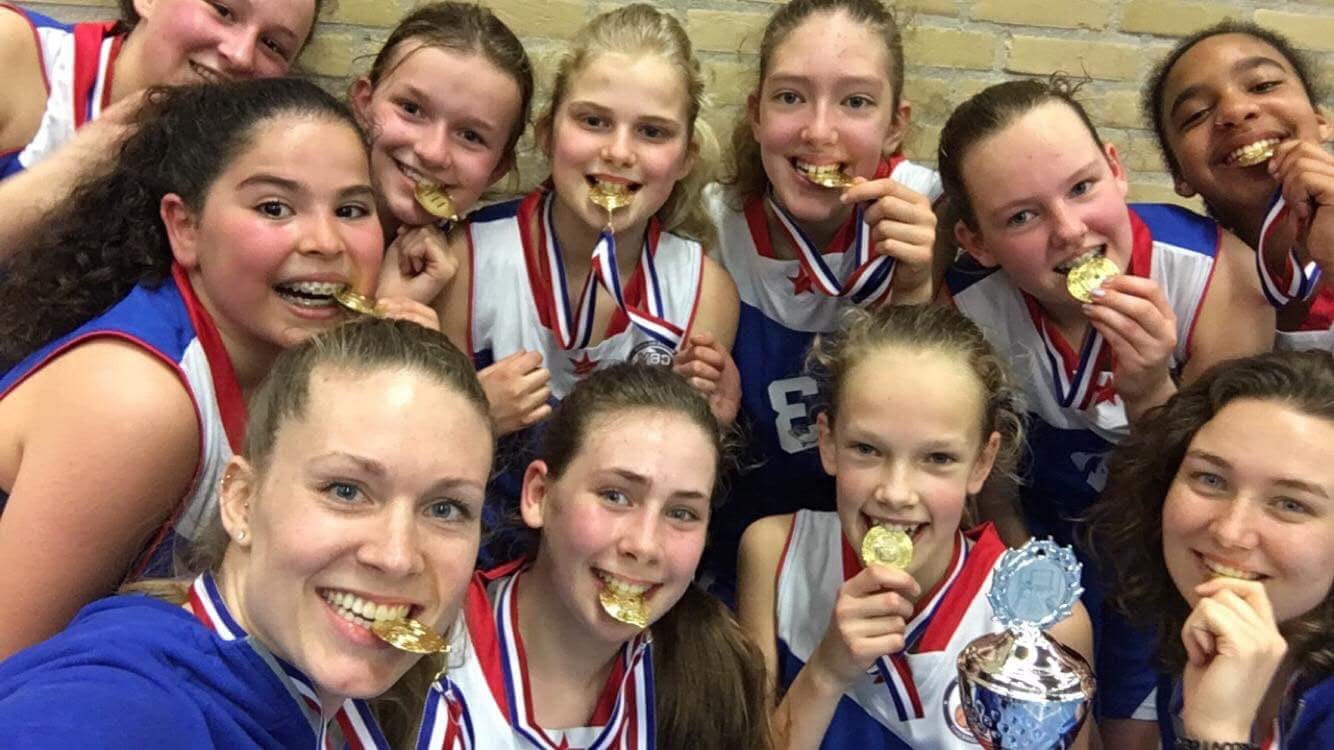 What are you hobbies besides basketball?

Well I really enjoy going out with my friends, have some diner at a restaurant or see a movie with them. I love playing music, I used to play violin and I sing a couple of times. And don’t forget about coaching young basketball players.

You are coach of the U14 girls team of Binnenland. How do you experience coaching that team?

Well, it takes a lot of energy, but it will give you a lot of energy either. When my players are practicing a lot, fighting for every win they often come to me to say that it was a very nice practice or very nice game. That gives me a lot of satisfaction to keep on coaching.

In what way have you grown since you’ve started to play at the highest level?

When I look back at 2007, I was at the very beginning of my career. Mentally, I think 3×3 basketball has made me this strong right now. Of course, 3×3 has different kind of disciplines than 5×5. The game is different, the atmosphere, the dynamic; it takes a lot to compete at this kind of level.