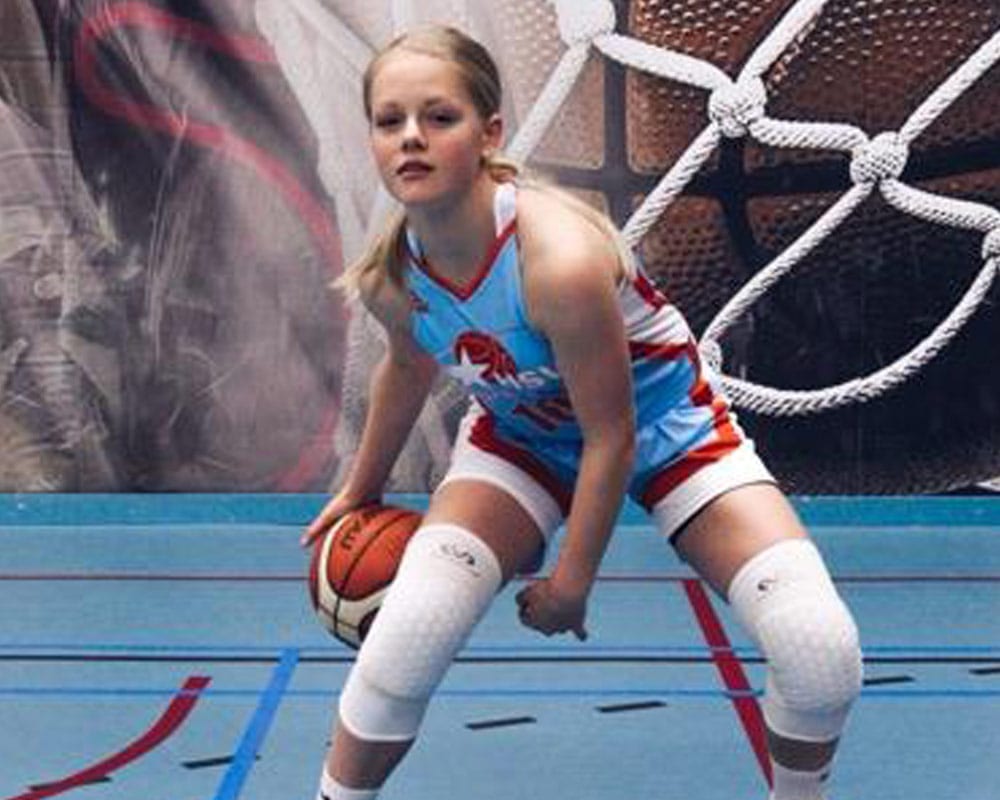 Worst Playoffs Performers in the League

Lola Keijzer has become one of the more familiar basketball players in the Groningen region. Right now, she plays for the HSV Haren u20, and the newly formed Martini Sparks.

My name is Lola Keijzer. I am 16 years old. I am playing in Haren at HSV U20 and Martini Sparks.

It is a very dynamical sport in offense and defense. You got to think and make quick decisions at both components.

After Celeritas, I went to RTC Noord for four years. The first three seasons I played with the boys, and I played one season with the girls. Right now I am playing at HSV Haren U20 and their highest ladies team: Martini Sparks.

I am a small forward, more like a sharp shooter. I also want to be an important factor for the team (chemistry).

I think I want to improve my one on one defense.

Your sister Kim Keijzer also plays at HSV. Does your playing style compare?

To be honest, I think we are quite the same kind of player. Kim is also a sharp shooter, just like me.

Not really, but in the last few years I like to see the national Belgium women’s team playing. The way they play basketball and finding each other is really wonderful to me.

You are playing at HSV for quite some time now. What have you learned during that period?

At RTC, I was more of an individual player. Right now, I am playing more for the team, gaining more chemistry as a team. I also learned to play against older girls.

How would you describe HSV?

A nice and cozy organization. It is not a big organization, but everyone knows everyone and the atmosphere within the accommodation is great! 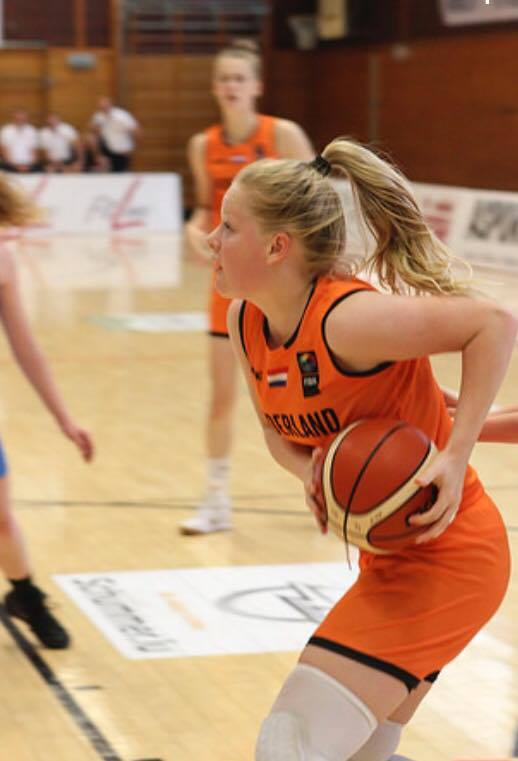 Is there a special moment during your career?

Last season we played against Landslake Lions. We played really well, worked together as a team. Even though we lost, we were proud of how we played; together and for each other.

They say basketball is not only a sport, but it is a lifestyle. Do you have a favorite movie?

I love to watch Coach Carter. That is a movie all about basketball and lifestyle.

Do you think basketball in The Netherlands is growing?

I think so, lots of talented players are getting much more opportunities and a couple of national youth teams are playing very well.

This year, the FIBA 3×3 World Cup tournament will be held in Amsterdam. What do you think about 3×3 basketball?

It is fantastic! It is completely different than 5×5 basketball. 3×3 is more dynamical and more physical. But I think it is good for The Netherlands. At 3×3 basketball, you learn a lot about one on one offense and defense and I think that is what we need in The Netherlands.

Have you played 3×3 basketball yourself?

Yes, pretty much. The last time I played 3×3 basketball was in Rotterdam.

Do you have the ambition to play somewhere outside of The Netherlands?

What do you want to achieve in The Netherlands?

That basketball in the north of The Netherlands will be great and that I can play a part in that!

Worst Playoffs Performers in the League