3×3 World Cup: One on One with Tim Coenraad

Last summer, she won the bronze medal at the FIBA U20 European Championships. Noëlle Droste will tell us more about herself.

My name is Noëlle Droste, 20 years old, and I am playing at Jolly Jumpers in Tubbergen.

Why and at what age did you start playing basketball?

My two older sisters have already played basketball before I did. We used to practice a lot at home at our basket. I liked that sport so much that I signed up at Jolly Jumpers when I was five years old.

Did some of your family play basketball?

I love to do a team sport. Besides that, basketball is a quick, dynamical and physical sport where a lot of things can happen in quite short time.

I usually play at center, but sometimes I play as a power forward. I like to play in the post, close to the basket. 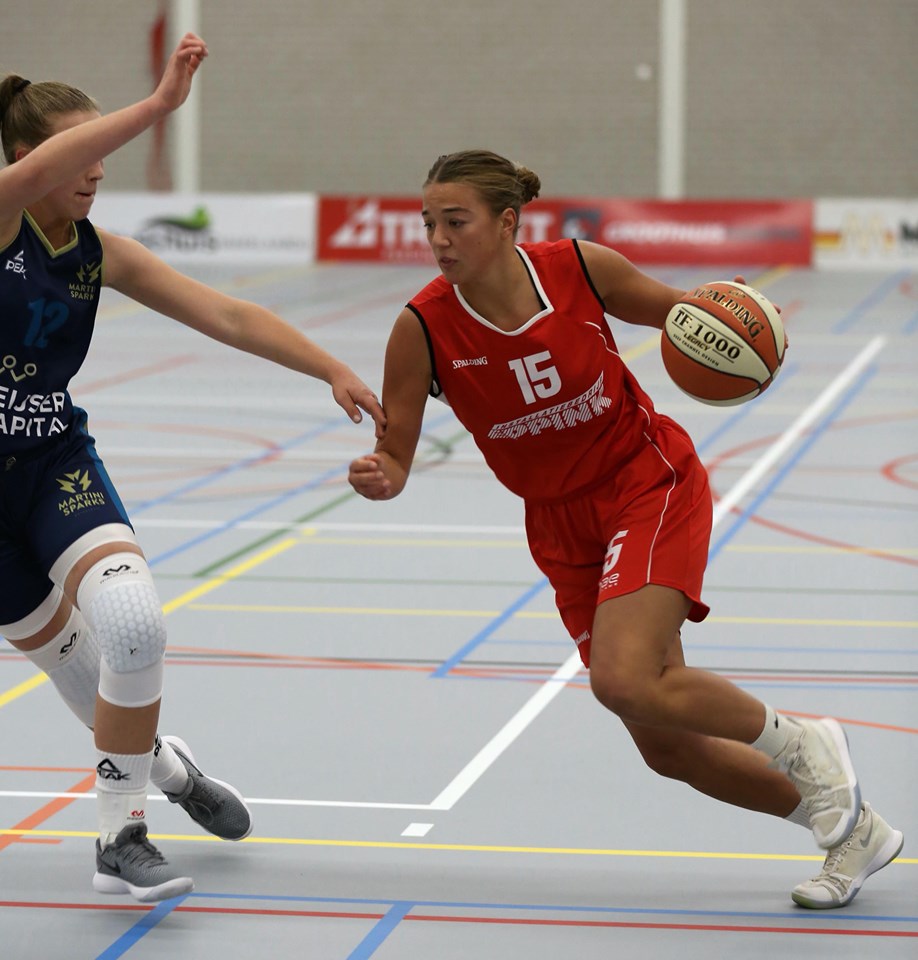 To be more quick at defense and a also want to be a better shooter and create more varieties in the drive to the basket.

Is there someone who inspired you?

The ladies from Jolly Jumpers inspired me a lot when I was little. I used to think that I always wanted to play at the highest level at Jolly Jumpers.

At a young age, you already played at the highest league of the Netherlands. How was it for you to play that kind of level already?

In the beginning I felt pretty nervous, but I immediately enjoyed it. I learned a lot from my teammates, and my opponents as well. The games were always close and played with a lot of passion.

Jolly Jumpers is back in the Vrouwen Basketball League. How many potential has Jolly Jumpers at the highest league of the Netherlands?

At the moment, we aren’t playing at the top of the Vrouwen Basketball League. Nevertheless, we have a young team with lots of talent. If I only look at our team and those talents, then I think Jolly Jumpers has a lot of potential.

Last summer you won the bronze medal at the FIBA U20 European Championship. How was it for you to reach such milestone?

Awesome! I used to think that I might never make such performance. The team sphere was fantastic and I think that was one of the ingredients that made it this far. Everyone worked hard, not only for themselves, but also for each other.

How have you improved since last summer?

I think I became a stronger mental and physical player.

Are there special moments you will never forget?

The game against Italy where we won the bronze medal. I also won’t forget about the game against Latvia. We were down by six points with one minute to go, and won by 4. We also played against Grasshoppers for the national championship U18. We had to win by 7 points, which we did in the last seconds. 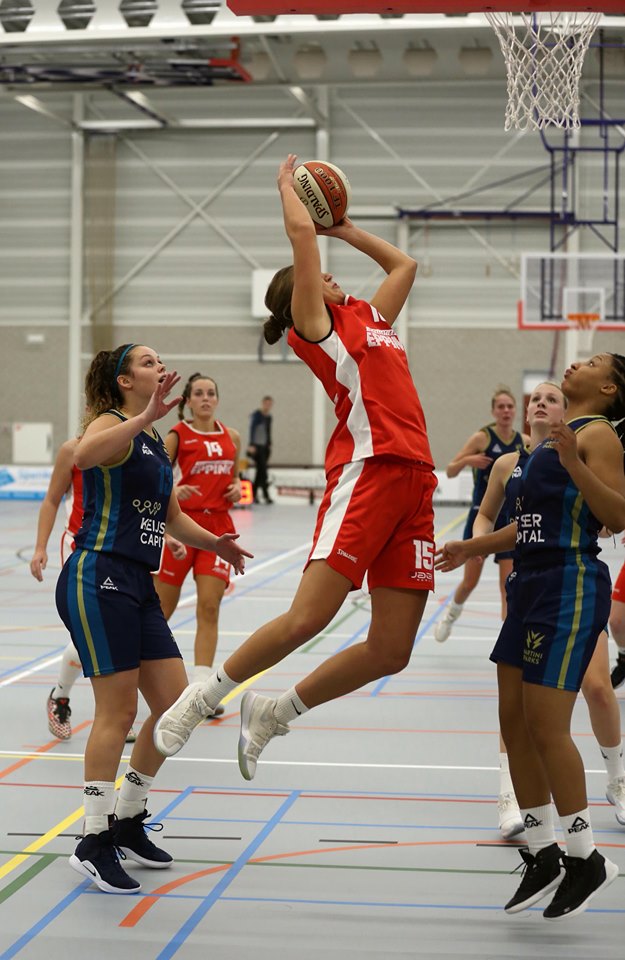 They say basketball is not only a sport, but it is a lifestyle. Do you have a favorite movie, soundtrack or quote?

I used to love the movie Like Mike. There was a moment when I dreamt about having Calvin’s shoes on, but instead of MJ there was ND written on both shoes: ND means Noëlle Droste haha.

Do you think basketball in The Netherlands is growing?

I think for the last pass years we make good progress. 3×3 basketball becomes more popular and The Netherlands is pretty good at it. We also won a couple of prizes last year.

This year, the FIBA 3×3 World Cup tournament will be held in Amsterdam. What do you think about 3×3 basketball?

3×3 basketball is awesome to see and to play. It is a lot more physical, and I love that. The atmosphere is always fantastic, because of the music during and after the games all the time.

Did you play 3×3 basketball yourself?

I played at 3×3 Streetball Masters a couple of times. This year, a tournament for all the highest teams in The Netherlands will be held, and a team from Jolly Jumpers will join.

Do you have the ambition to play somewhere outside of The Netherlands?

When I was young, it sounded pretty cool to play somewhere else outside of The Netherlands. That will be difficult for me at the moment, because I still need a lot of time for my school study. Besides, I can learn a lot at Jolly Jumpers.

To play with Jolly Jumpers in the top of the Vrouwen Basketball League.

3×3 World Cup: One on One with Tim Coenraad