Quinten Post has committed to play for Mississippi State in the United States. After playing in the youth of Alba Berlin for a season, it seemed like a logical next step for him to take.

Before he travelled overseas, Post first participated in the European Championship U20 B-Division with the Dutch National Team U18. Post and his team ended up on the 6th place, and Post averaged 7.4 points and 4 rebounds.

Now, it’s time for him to focus on his first college season with Mississippi State.

During the last season, you played in Berlin. How was German basketball different from Dutch basketball?

For me, I think it was a very good step to make the step and go and play in Germany for a year. I noticed the biggest different in the way that the game was played. There, the game was played way more physical than I was used to in the Netherlands. Besides that, the organization of a club like Alba Berlin was a bit more professional than what I experienced in the Netherlands.

How long did it take before you got used to their system?

The first few months, it definitely took some getting used to. Especially physically, I had some catching up to do with the other guys. Luckily for me, there was a great strength coach and a good diet plan, so that soon got better.

Can you tell us something about the youth department of Alba Berlin?

I think the youth department is very good and professional. Almost every morning, we had morning practice in small groups, and at almost any time of the day, there was someone in the gym. So, that made it possible to work on your game, with help, whenever you wanted

How did you end up in Berlin?

I ended up at Alba Berlin through social media. I contacted the under 19 coach, Josef Dulibic. After I had done that, I was invited to a try-out in Berlin. Luckily, that try-out went good, so they offered me a basketball scholarship. 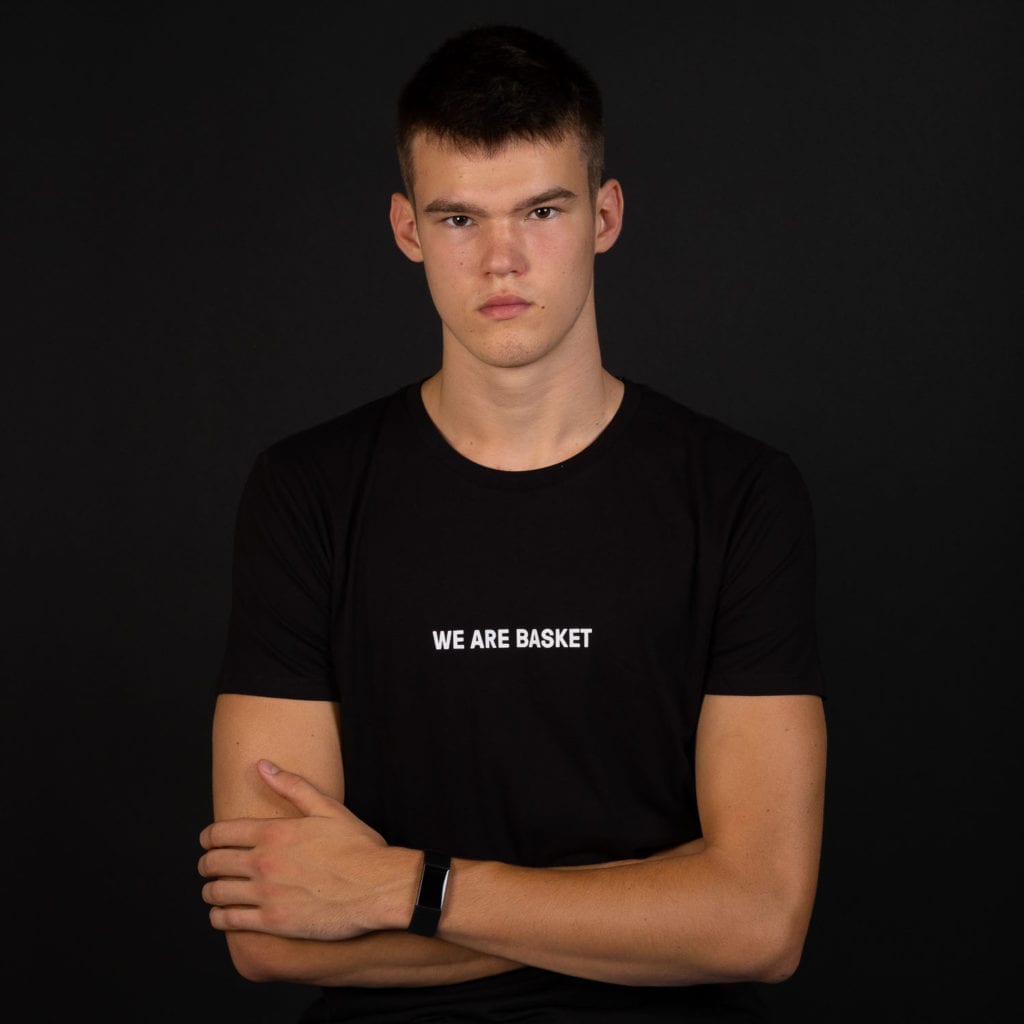 You’ve committed to Mississippi State for college. Why did you choose to go to this university?

One of the most important reasons I’ve chosen to go to Mississippi State, was that Mississippi had the best results of all teams that were interested in me. I think this is the best place for me to improve myself as a player. Besides that, everything felt really good during my visit. The coaches, the facilities and the whole environment.

What are some of the other schools you’ve visited?

Eventually, I ended up visiting three different schools. Those were Mississippi State, Georgia Tech and Washington State. Those two were great schools as well. Besides that, I had two other offers in Serbia and Spain.

What kind of school is Mississippi State?

Mississippi State University is a big university in Starksville, a college town in the north of Mississippi. It’s a school where sports are a big priority, and that also means that there are always a lot of fans at the games.

All sports teams compete in the SEC conference, which is one of the highest rated conferences in the country. The last few years, the basketball program has improved a lot under coach Howland. Last season, the team competed in March Madness, and that will definitely also be the goal this year.

Did you discuss college basketball with some of your former teammates or other Dutch players?

I’ve been in contacted and called with Matt Haarms a lot. He will be playing his junior year with Purdue this season. I think those conversations has helped me a lot, and it also helped me make my choice for a school. Besides that, I stayed in contact with an ex-teammate of mine, Jesse Edwards, whose playing for Syracuse now.

What are your expectations of college basketball?

I think that the game will be a lot faster, physical and more focused on 1-on-1 than I’m used to now. There will also be more support from the fans than in Europe. Basketball just lives much more in the United States than in Europe.

How would you describe yourself to the fans of Mississippi State?

I see myself as a modern big man. I’m capable of much more than just playing under the basket or around the bucket. I’m a good shooter, and I can drive to the basket as well. I’m tall and have a wide wingspan, so on the defending end, I’m a good rim protector. Besides that, I play with a lot of intensity and energy every game.

What do you think of the fact that the head coach is already calling you one of the best shooters on our team from day one?

That is a great compliment from the coach. Now, it’s my job to prove that. I have a lot of confidence in my shot, and I think that’s very important for a shooter. The fact that the coach sees that in me as well, is only an extra boost.

What will be your biggest challenge next season?

My greatest challenge for the upcoming season will be to fit into the American game. I also think it’s important to develop my game on different aspects. If I can show the coach that I have the potential, I hope he will help me reach that. In modern basketball, you’ve to be able to do everything: shoot, pass, dribble, post and defend. Especially as a big man.