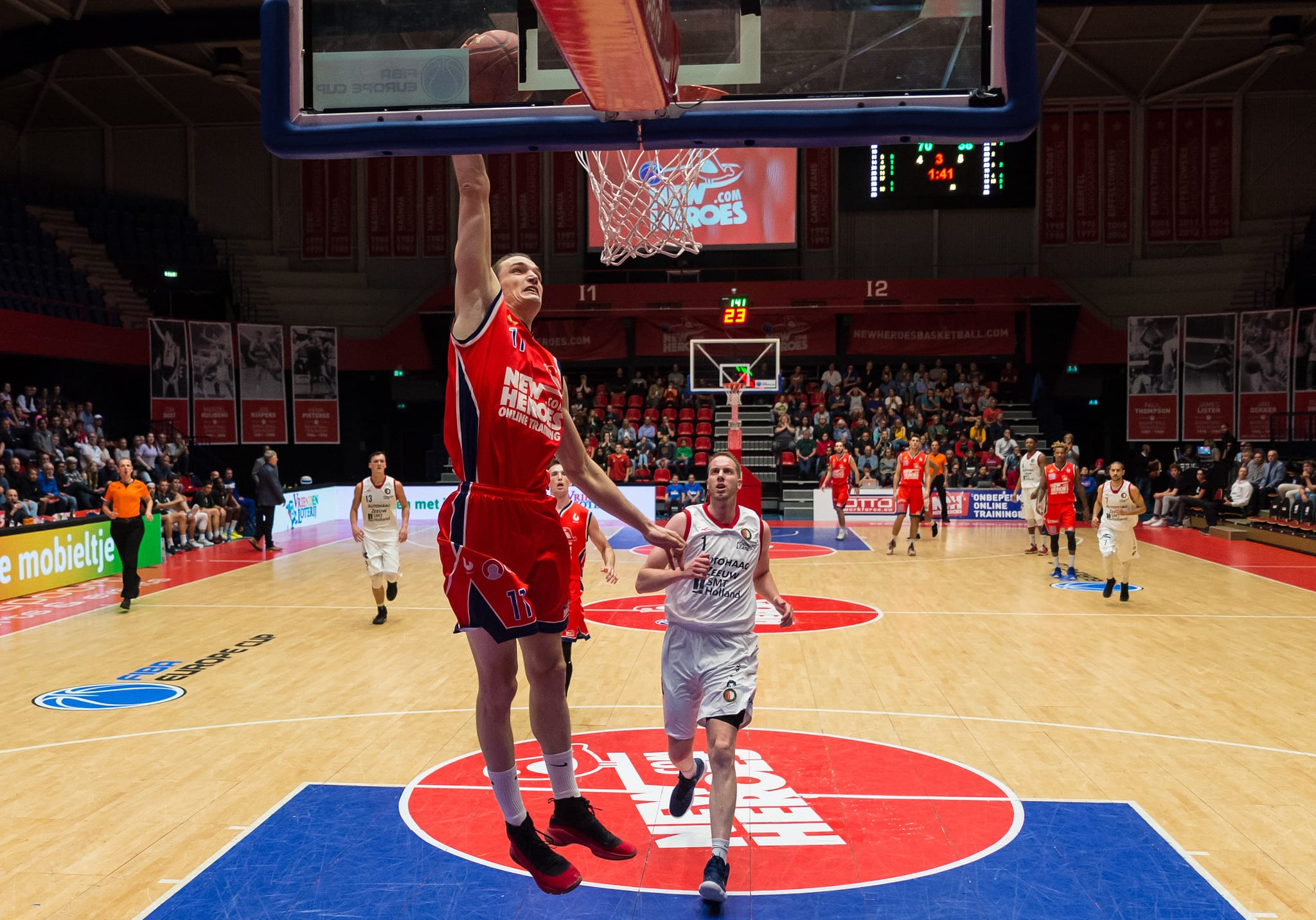 This Summer, Roel Aarts signed with New Heroes Den Bosch after previously playing for Basketball Academie Limburg. With BAL, Aarts was able to play a lot of minutes and got experience in the highest league of the Netherlands. Now, he has made the next step, and will also be playing in the Europe Cup this season.

You’ve been able to make a lot of minutes with BAL last year, how did you use them?

By playing a lot of minutes with BAL, I gained a lot of experience. I got a lot of trust and coaching from Radenko, and I think that’s the reason I was able to develop my game so quickly.

Why did you choose to make the step to Den Bosch?

Den Bosch is my hometown, and it’s definitely nice to be back in Den Bosch. Furthermore, there are many possibilities for me to develop myself further at a professional organization like Den Bosch.

Of course, I still know a lot of people that are involved with basketball in Den Bosch, that were already there when I played in the under 20 here.

What are your expectations this season?

I want to continue to develop myself and learn a lot from the people with whom I play with now.

What was the most important thing you worked on during the off season?

I worked on three different things during the off season, my postmoves, I took a lot of shots, and I definitely worked a lot on my fundamentals.

How did you experience games in the Europecup? Was it different than in the DBL?

The games in the Europe Cup were a great experience. I don’t think that the level in the tournament so far was a lot different than the games in the top of the Dutch Basketball League.

How did you experience your first games in the shirt of Den Bosch?

The first games were amazing. Of course, the Maaspoort is a fantastic gym to play in and the Den Bosch Fans are the best. I got a lot of positive messages about the first few games. It feels amazing to play for New Heroes in the Maaspoort

You’re now the second center at Den Bosch. Do you already have a plan to change that?

For now, I’m not really focussed on that.  I want to learn as much as I can and get the best out of myself I can.

Nick Oudendag, one of the centers of the Dutch national team, has the starting position. Do you also pay attention to his game, or does he give you tips on what you can do better?

Yes, of course I watch how Nick plays. Though we are two completely different kind of players, I can learn a lot by watching him, playing with him and listening to what he has to say.

Last season, you played for a team that was at the bottom of the rankings, and this year you play in a team that can win prizes. Does this make any difference for you?

No, that doesn’t make any difference to me. I enter into the games in the exact same way I always do. I just give 100% of my energy and do exactly what the coach tells me to do.

You were the best rebounder of the DBL last year. How do you become a good rebounder?

Box out your man, get into the right position and have good timing.

What is the most important thing you need to practice in order to rebound well? Or is it mainly intuition?

Rebounding is a task of all five players on the court. Everyone has to make sure that his man stays away from the ring. So, to be able to rebound well, you’ll have to work as a team.

Where do you see yourself in five years? Do you still play in the DBL, or do you have the ambition to go abroad?

In five years, I hope I can play basketball a lot better than I do now. I have no idea where I will be playing at that point, but I always try to achieve everything I can.

Sneaker History – Pump Up and Air Out!