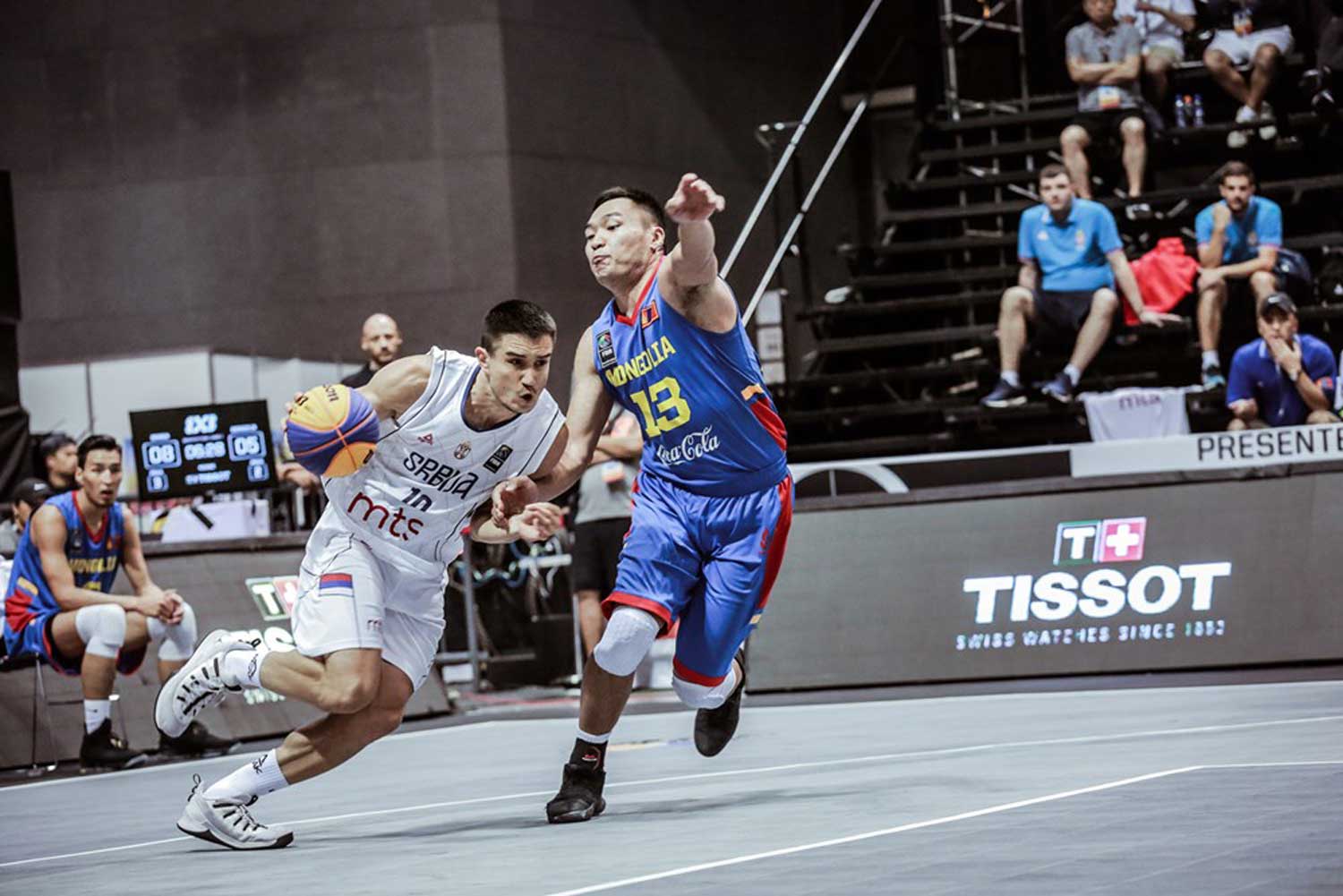 Stefan Stojačić just won the gold medal at the 3×3 World Cup in the Philippines with Serbia, together with Dušan Bulut, Marko Savić and Dejan Majstorović. He was a very talented Serbian player at a young age, and he once even outscored Steph Curry, future NBA MVP, at the 2007 FIBA under -19 World Championship. Nowadays, Stojačić is only focussing on 3×3 basketball with his team Liman TeslaVoda and the Serbian national team.

You won the Fiba 3×3 World Cup in the Philippines last week, and your team didn’t lose a single game. How did you experience that?

First of all, it was a great honor for me to represent my country for the first time. My teammates from Novi Sad Al Wahda won this tournament three times in the past and now it was the first time that our basketball federation of Serbia made a selection for the national team. There was a little pressure because of that but everything goes even better than expected. The whole event was great and I know this is going to be something that I will remember for a lifetime.

You were the newest addition to the Serbian team. Did you need any time to adapt?

To be honest, not at all. We didn’t practice together, but we know each other really good because we are the greatest rivals on World Tour at the moment (Liman TeslaVoda and Novi Sad AlWahda), and we are from the same city. A lot of people asked the question if we even could play together before World Cup, but when you are playing for the national team you put everything aside. So I think we were a really good team with a really good spirit. And most important of all was that we respect each other a lot.

What do you bring to the team?

I don’t know how to answer on this question, other guys from my team should do this, but I can say that maybe I gave them more options in the offense.

If I understand the question the right way :-), my go-to move in 3 x 3 game is dribble between legs and step back after that.

3×3 tournaments are often located in great places. What is the best location you’ve ever played a 3×3 game?

For sure Mongolia, Ulaanbaatar Challenger. For my team Liman TeslaVoda it was a key point to start to be professionals in this sport, our first appearance in 2017. Also, Ulaanbaatar is a beautiful and strange city at the same time. Maybe my answer is emotional but that is the tournament that had the biggest impact on me.

You were a very talented player at a young age. Did that put a lot of pressure on you?

It can be a very long answer but I will try to make it as short as possible. I had some successes at a young age, I was captain of a young national team of Serbia, we won two European titles and one World Cup title. I was one of the best scorers in first Serbian league with only 19 years. Everybody was expecting that I am going to be something big in basketball, also myself. It was not a pressure that was my problem, expectations did not come true, that was a problem. And at that moment I turned to other goals in life.

Why did you make the decision to quit professional basketball at 23? Was it the right decision for you?

It was the best decision in my life, but also I made a situation like that. At 23, I was a very experienced player, I got 7 or 8 senior seasons behind me, and because of a lot of reasons, I saw that I didn’t like to play basketball anymore.

Then I decided just to break everything, to give up from everything and to start totally new life. I enrolled in Technical University, Department of Mechatronics and that was my life from that moment, even now, I am just making a “little” break with 3×3 :-).

You returned to basketball, and Vojvodina three years later. Why?

At that time I was finishing my university, with few exams to finish everything that I had in mind. BC Vojvodina asked me to help them to get first division once again. It was a totally unprofessional engagement, I was going to practice when I could and my main goal was to help them. We did what was the goal at the end of the season, and I was named as MVP of the season, I played really good the whole season  but it was just having a nice time while I was playing.

How did you end up playing 3×3 basketball?

It happened by accident and also because of the university. Aleksandar Ratkov, the teammate from Liman TeslaVoda, who was my colleague at the Technical university asked me to play some 3×3 university tournament. The first name of our team was Faculty of Technical Sciences (FTN) and from that moment everything started. We became Liman after a while.

Do you consider 3×3 basketball your second chance?

It is not that I am considering 3×3 basketball as my second chance. Because I am happy for all the thing that happened to me. So I don’t have a feeling that I didn’t use my first chance, I just know that, because of a lot of reasons, I didn’t give my maximum for basketball back then.

On average, how many games do you play per month (or how many tournaments do you attend)?

On average, about 3 tournaments per month.

What is the ultimate goal?

My ultimate goal is to give my maximum for 3×3. I know that I am not going to play this for a long time, maybe a couple of years more, and I decided just to try to give my maximum for that. I don’t have a goal to go to the Olympics, if that happens great. That is a dream of every sportsman. Even if I don’t succeed to go to Olympics, I know that I am going to be satisfied if I give all I can.