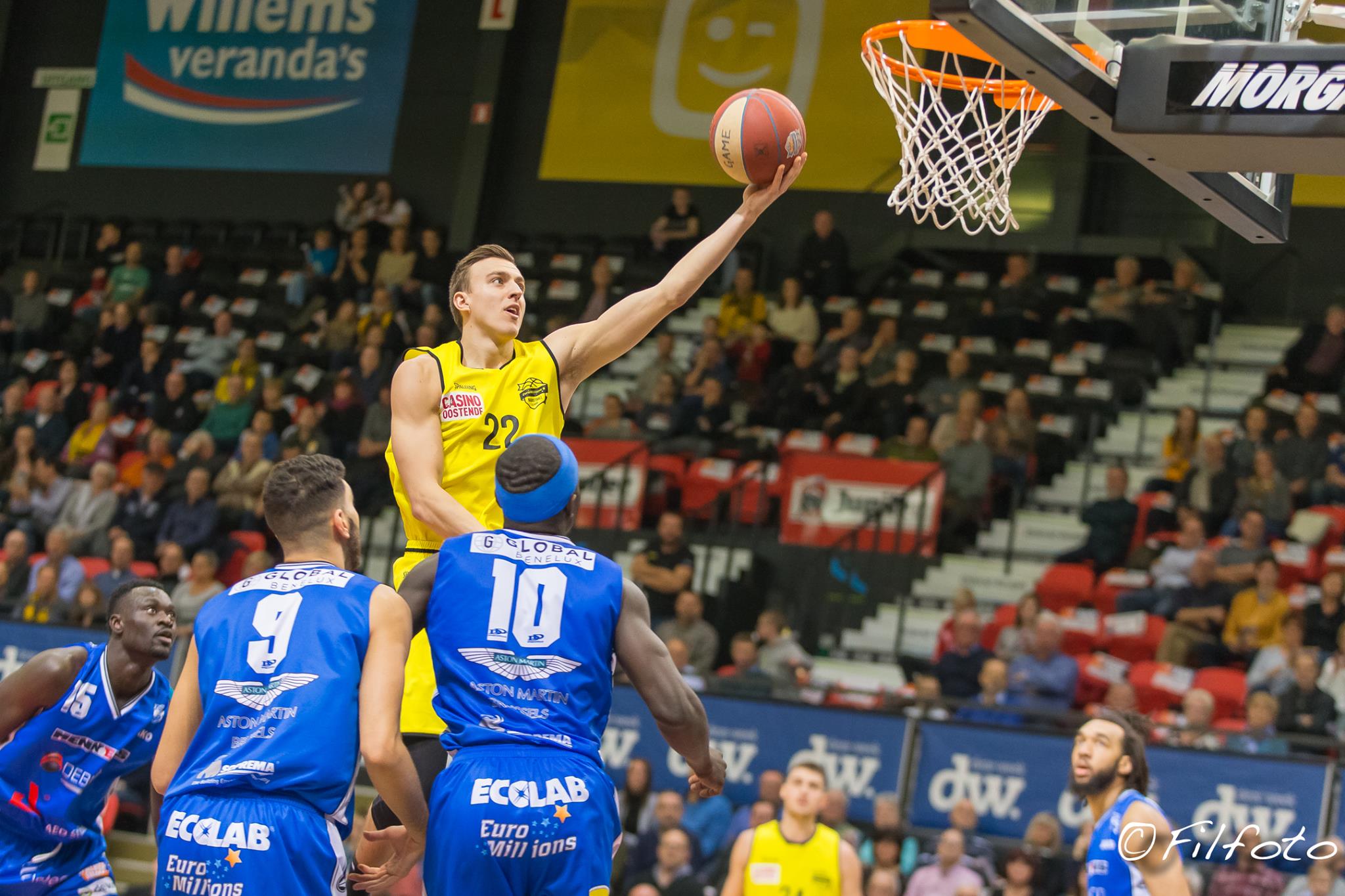 Vincent Kesteloot is a young, promising player for BC Oostende. His team is currently competing in the playoffs, on the road the becoming the champion once again. After the season ends, Kesteloot will join the Belgian Lions to try and qualify for the 2019 World Cup.

Your team has qualified itself for the playoffs. With what kind of feeling are you going into the postseason?

We were really looking forward to the playoffs, as it was a very long season, and we didn’t end the season on a good note. We lost the last three games of the regular season, but we trusted that we could make the switch mentally, and start to play the great play of basketball we did the biggest part of the season.

In the regular season, you’ve finished first. What does the team have to do to reach the Finals?

To reach the Finals, we have to play aggressively and physically, both in the offense and in the defense. The quarter- and semi-finals are best of 3, which means we’ll have to win 2 out of three games. Therefore, it’s very important that we’ll win the first game, but also make a dent in the opponents’ confidence, so their confidence will be lower at the start of the second game. We have to go back to the way we played at the beginning of the season.

Oostende has won the title for the last six years. Does this mean you have something to prove in this years’ playoffs again?

Every season, Oostende is one of the titles candidates, and because we’ve already won the cup, we would also like to win the championship.

Who would be your preferred opponent in the Finals?

I don’t really have a preference for who to play against, but it will either be Charleroi or the Giants. Charleroi is a very experienced team, and the Giants are a young team with a lot of energy so we can’t underestimate our opponents. I might have a tiny preference for Antwerp, because I come from Antwerp, and it’s always fun to play in your own city.

What is the biggest strength of the team?

Our strength lies in the team play, everyone is very important to us, and we need everyone. We can be dangerous from every position, and that isn’t easy for our opponents. Furthermore, we’re also a good mix of experience and youthfulness.

I’m quite a bit of an all-round player; I’m a good defender, and I can also do my job offensively. I am a player who tries to play with a lot of energy and wants to get my teammates to do the same.

What is the most important thing you should be able to do as a small forward?

The most important thing is that you’ll have to be an all-round player, so you’ve to be able to do a bit of everything, offensively and defensively. You practice these skills by doing practices to increase your fundamentals every day: ball handling, shooting, passing. These are all skills you need to practice daily.

You’ve been playing at the highest level in Belgium for a number of years now, but you’re still one of the youngest players in the team. What can you teach the other young players on the squad?

The message I have for the younger players is that they have to work very hard, because the world of professional basketball is a hard world, and to succeed you’ll have to practice hard every day. 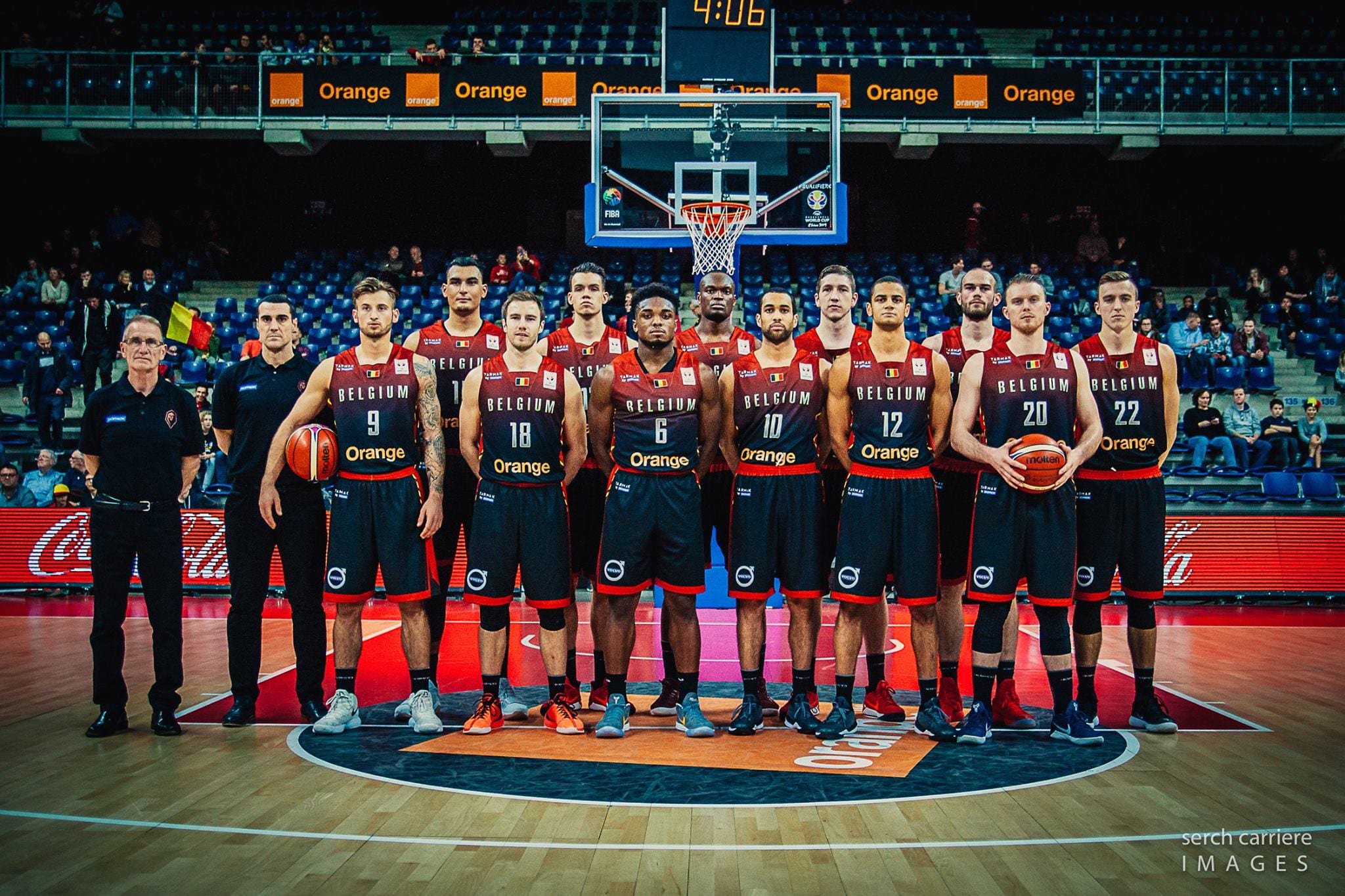 You’re also part of the Belgian Lions. What’s it like to play for your country?

It’s always an honor to play for your country, so that’s always a nice feeling. You work hard to achieve it, so you should also see it as a reward.

What are your expectations for the qualifying matches against Russia and Bosnia-Herzegovina?

We’ll have to win both games to continue to the next round, so we’ll have to play really great as both opponents are at full strength. It definitely won’t be easy, but we can always do more when we play in Belgium.

Lately, you haven’t played a lot of minutes for the Lions. Do you have a plan to change that?

That’s right, this year I haven’t played a lot of minutes for the Lions, but I practice hard throughout the year with Oostende and with the Lions, and I’ll continue to do that as that’s all I can do to chance that.

Do you have plans to play abroad?

I would really like to play abroad in Germany, France or Spain, that is a goal for me, but first I have to play well for Oostende and then I’ll see what the future brings.