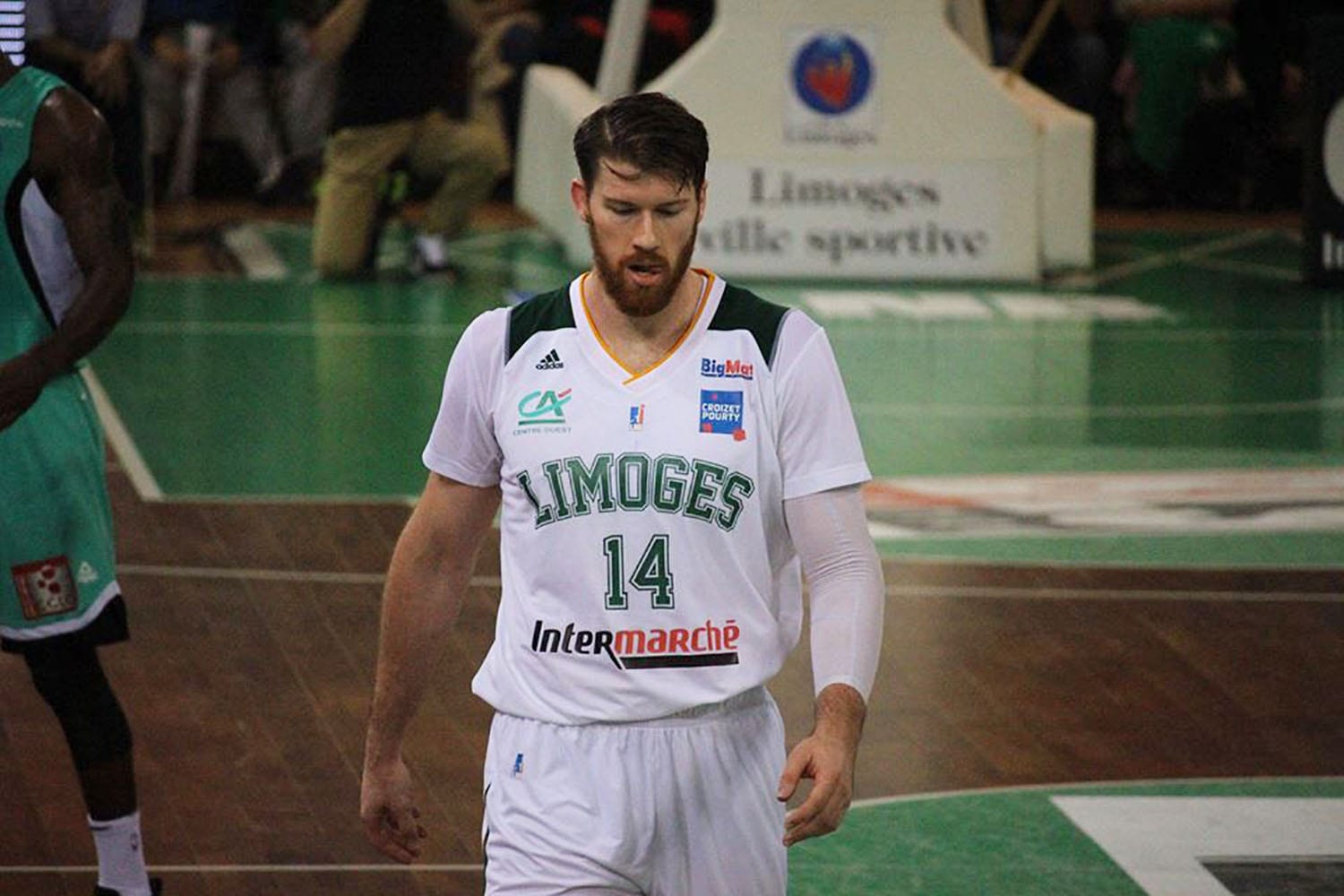 Brian Conklin is a 28-year-old power forward who is currently playing for Limoges in France. He finished his college career in Saint Louis, and thereafter he travelled around the world to continue his professional career. His journey has brought him in New Zealand, Australia, Puerto Rico, the Dominican Republic and France.

So far you have played in 6 different countries. What was the biggest difference between all the competitions you played in? And what was the most surprising thing you have encountered overseas?

For me every region I’ve played in has its own style of play. In the US we have a very athletic and strong game, that depends on player ability and a coaches system more than Basketball IQ. Where in the Dominican Republic and Puerto Rico the Latin game is strictly player ability and lack of systems, it’s more like an open gym session. In New Zealand and Australia the game was very similar to the states except for the players aren’t as athletic as a

American players and the big men are more to the European mold and can shoot and stretch the floor. Lastly, Europe for me in particular France is a system, basketball IQ game with some athletes. France is a very athletic league and fast like other leagues I’ve played in so maybe the European league that most reflects US basketball.

But for me the most surprising thing about overseas basketball is the lack of regulation from country to country region to region. There is no constant for quality of life and the fact that some places think it’s ok to pay players late or not pay them at all for services rendered is baffling.

Compared with the United States, what was the country with the best basketball culture? 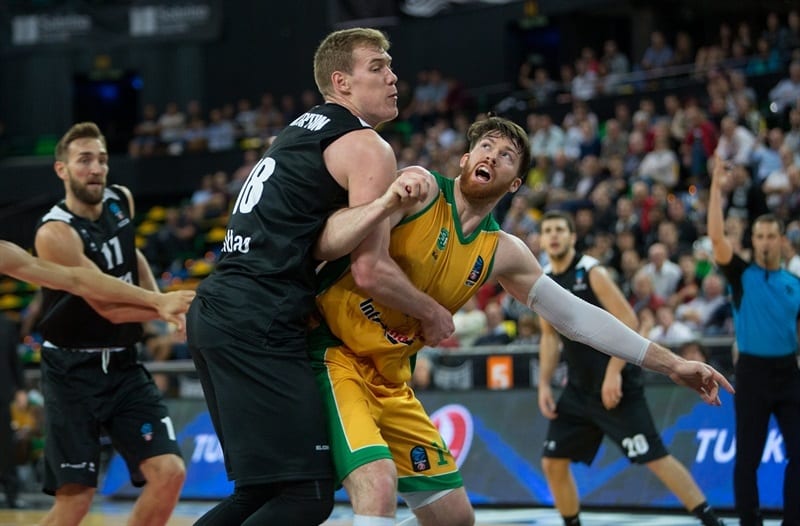 How did you experience playing in Puerto Rico and the Dominican Republic? Was it different than you were used to before?

Puerto Rico is actually the league I like playing in the best, the quality of life, style of play and country culture make for a great combination. As far as basketball goes after playing 3 years in New Zealand and Australia it was the league that felt most like home to me.

Why did you choose to play there?

For me and across basketball communities the Puerto Rican league is the best league to be in during the summer. Great players, competitive basketball, and a lot of games a week, so you can work on your game and stay in great fitness.

How is it to travel all around the world to continue your basketball career?

It is a very exciting profession and something I dreamed about for myself if I never made it in the NBA. A professional athlete is an exciting career and one that gets to travel the world and experience different cultures is even better. I’m able to eat new food, learn new languages, learn about other countries history. things that all interest me, all while playing a game I love.

How do you choose a new team? Does your agent search for a new club or do you get offers? And how do you make your final choice?

I have agents that work for me, and they bring me opportunities. I look over each one from a basketball standpoint a financial standpoint and most importantly a lifestyle standpoint. Because I have a wife and son thatI provide for and I want them with me everywhere I go. So, I always look at jobs from those criteria and my wife has input in the final decision. Luckily my son is 2 at the moment, so school for him hasn’t become a factor yet.

Is it always possible for your family to join you?

In the Dominican Republic it wasn’t possible, only for a quick visit. That was more my personal choice. But usually they are able to join me no problems. My son was actually born in Australia and my wife had a great experience with health care out there.

Is it difficult to find your place within a team that is suitable for you?

No not at all, especially the older I get. I’ve played in so many different leagues and situations that it’s easy to adapt. Also my style of play has a lot to do with that, I can adapt myself as a player to what my teams need from me to win a championship. 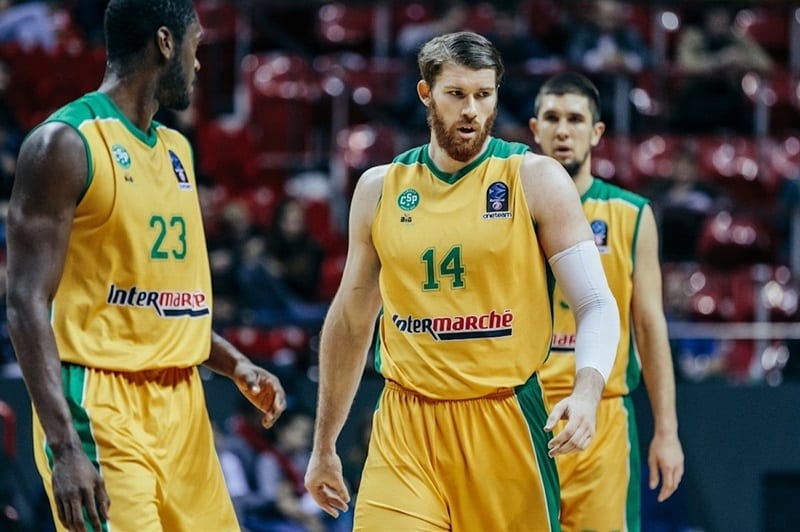 Have you find your place at Limoges?

In Limoges for me this year it’s a bit different and has taken longer than I would have hoped to adjust. But as of late I’m finding it more and more. Being named captain for me was a bit of a surprise and changed some things for me, also this is the first time in my career I signed a multi-year deal so I’m adjusting to this as well. But I’m happy with the success we’ve had so far as a club and look forward to the coming months.

How is the level of the competition in France, compared to the other places you have played?

France is a very fast and athletic league and reminds me a lot of other places I’ve played which helps. I wasn’t too sure about making the change to European basketball, but coming into a fast high scoring league like France has eased the transition. Teams are very talented throughout the league; anybody can beat anybody on any given night. This doesn’t happen a lot, especially in a league with 18 teams. Usually there are a couple games you know on the schedule that will be easy, but not in France.

For me my playing style changes with the country and situation I’m in. But overall I would say I’m a guy who loves to win, I’m a tough, physical, leader who likes to take advantage of mismatches. I’m a guy who wins everywhere i go and will compete and work hard every time I’m in the gym. I’m a scorer who can play the 4 and 5 position and score in the low post or on the perimeter with drives and shooting.

What is the most important thing you can add to a team?

What are your expectations for this season?

You have already travelled a big part of the world. Do you have a place/country in mind that you would still like to play for?

Yes, I’ve traveled a lot in my career, but the last two places I would love to play are Italy and Spain for me those would be fun great experiences! They would complete my resume and career.