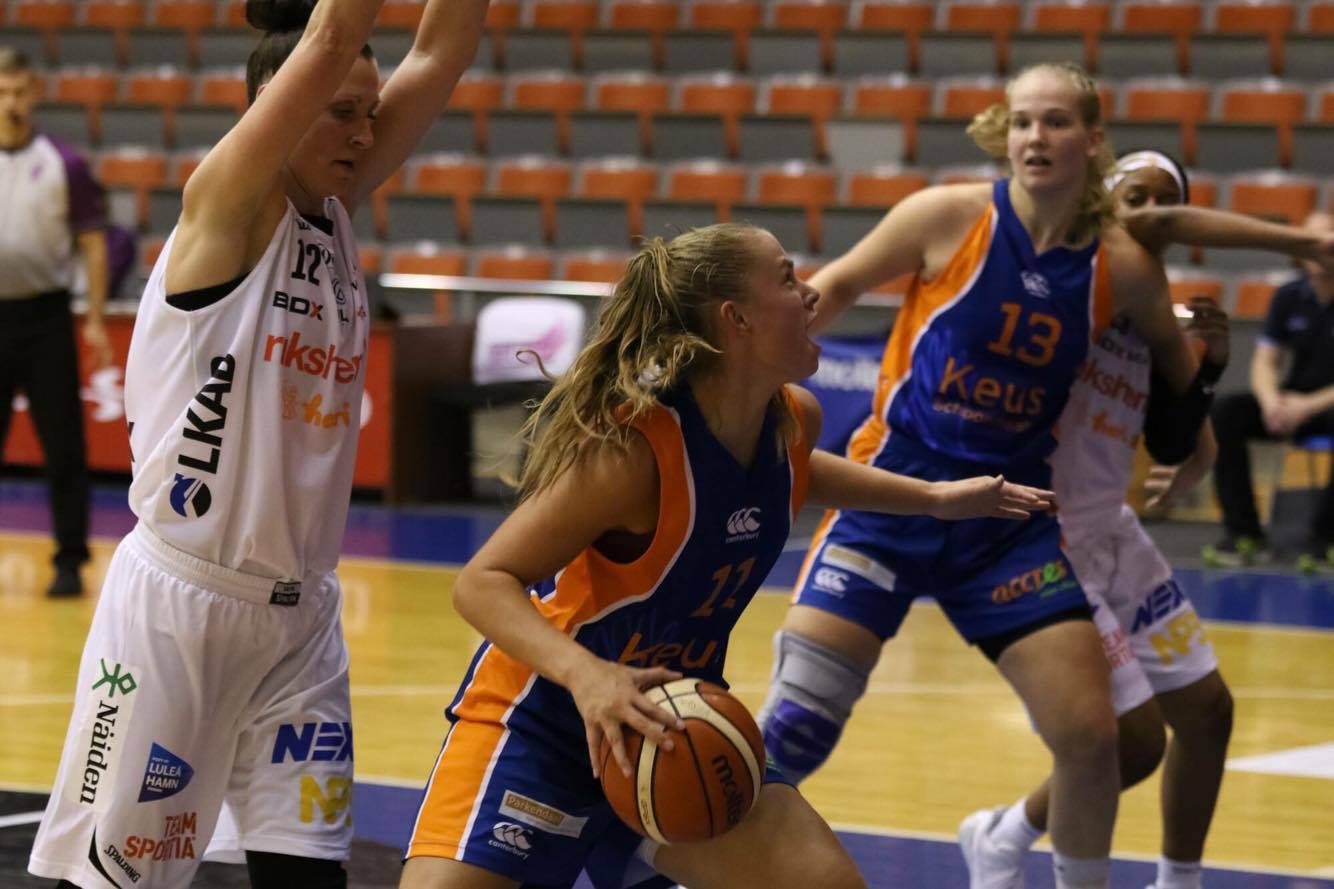 Recently, Laura Westerik signed a 4-year contract with the Royal Eagles, one of the basketball Academies in the Netherlands. There, she has the chance to develop her skills and become an important player in her team.

My brother played basketball and always went with him to watch the practices. I was always dribbling the ball and I could not wait to be on the court myself.

What do you do besides playing basketball?

This year, I started with the HBO study Sportmarketing at the Saxion Deventer.

I am a physical player, who likes to drive to the basket. I also try to always use my speed and transfer my energy to the rest of the team

You were already approached to play for the CTO when you were 12, but you only chose to go there three years later. Why did you make that choice?

Three years later, the moment was there to make my next step as a player. At that time, Amsterdam was the best choice for me and I felt at ease there. This was a logical choice for me, in order to make the next step.s

What was it like to move to Amsterdam alone at age 15?

In the beginning, it was a bit nerve-racking. Fortunately, I already knew a lot of girls there, which made me feel at ease quite quickly. It also took some getting used to, to live on my own, but your teammates help you to get used to that. Eventually, I felt very comfortable there, and I did not really have any problems with moving. 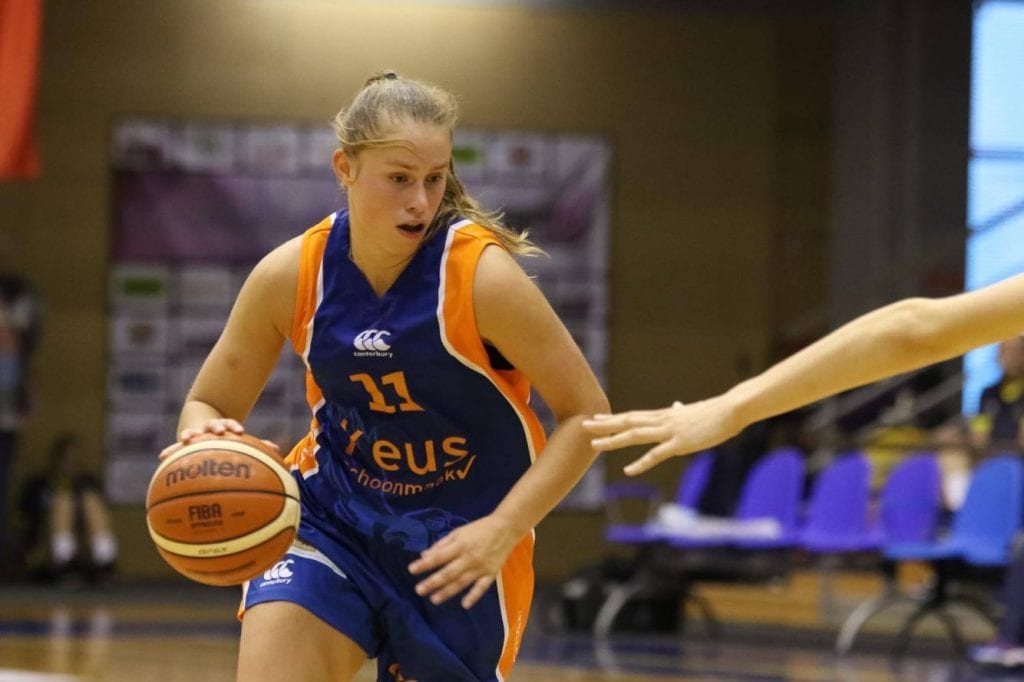 You have had a severe knee injury during your time at the CTO. How was it to recover from such an injury?

The rehabilitation took a long time, but thanks to the great guidance and the people around me, it was not that hard for me. My rehabilitation went quite smooth, and I did not really have any setbacks. I am still very grateful to all people that helped me through this period, especially the physio in Amsterdam, and later Twan Verboom van Houwer & Ruijs. They made sure I could get back on the court again.

Can you describe a normal day at Royal Eagles and the FSG Academy?

A normal day at the FSG Academy begin with a morning practice. These often consist of sports transcending physical exercises with one of or physical trainers. This means that we practice a lot with other athletes of the Academy, for example, fitness or outdoor running. After this practice, we go to school. When we return in the afternoon, there is a team practice. Once that is finished, we go straight through to the restaurant, where the food is served for us. Last, we return to the complex on campus and our day is finished.

Is it an advantage that there are athletes of different countries and sports at the Academy?

It is very nice that there are people of different nationalities and sports at the FSG Academy. When you come in contact with these athletes, you learn more about their sports and their nationality. At this moment, we have one Canadian player in our team. You can always learn from how she sees things, as we are used to our regular patterns by now.

Recently, you have signed a 4-year contract with the Eagles, but the FSG Academy is known as a gateway school to an American University. Do you still have ambition to go abroad?

That’s right. The FSG Academy is a place where I can improve myself every day and develop to be a better player, and that is something I really need right now. Eventually, I definitely do have to ambition to go and play abroad.

Your team is playing in the EEWBL this year. How did you experience this? 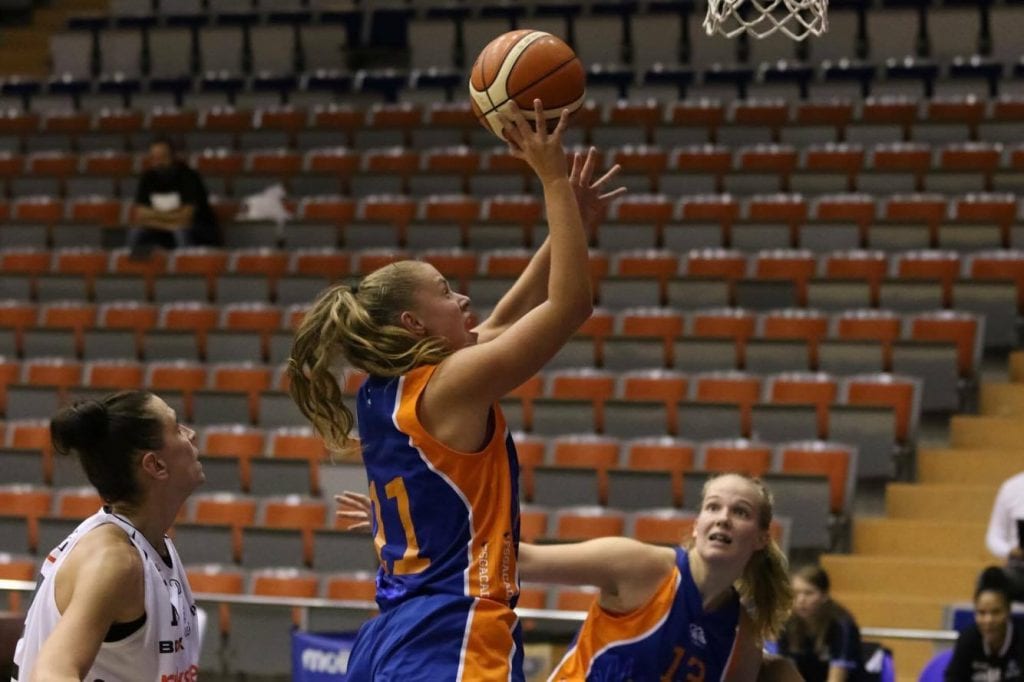 You also participated with the Amsterdam Angels in the qualification for the Eurocup. How did that differ of the games with the Royal Eagles in the EEWBL?

In the EEWBL, the Royal Eagles are already placed in a poule. With the Amsterdam Angels, we had to play qualifiers first to be able to qualify ourselves for the group phase of the Eurocup. Furthermore, all the games are at the highest level and it is a great experience to play these games.

What is the most important thing you can learn from playing those games at the highest level?

The most important thing is that we learn to deal with more pressure, and playing at an international level. We have showed that we can compete with these teams, but there are still plenty of points we will have to work on.

What are you expectations for this season?

What do you want to improve this season?

I want to become an important player in the team. Besides that, I want to improve a lot of things in my game, haha.

You have been playing in the VBL for the last few years. Do you already feel like one of the  experienced players in the league?

Haha, I would not call myself a veteran yet. There are enough girls in the VBL with more experience than me. But, I will do my best to become one of them!