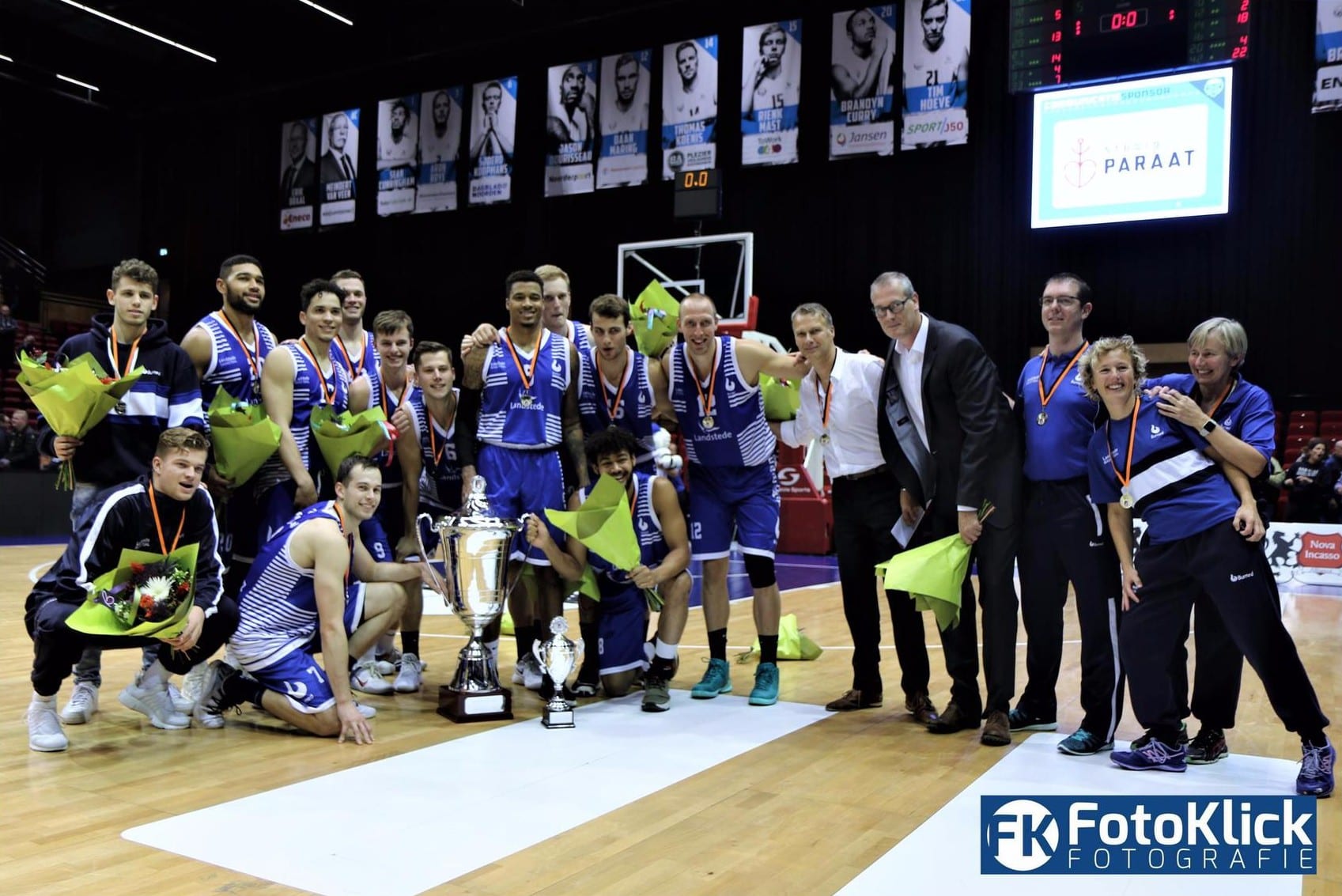 Top 5 Tallest players in the NBA

Ralf de Pagter signed a contract with Landstede Zwolle over the Summer, after having played for Den Bosch for the last five years. This transfer collided with the fact that he finished his thesis at the Johan Cruijff Academy. It is not always easy to have a career or study next to a basketball career, as it is quite busy, but De Pagter did not have any real trouble finishing his study.”Keeping up your motivation can be hard sometimes, but once you get into the right rhythm, it goes seemingly easy.”

Furthermore, Den Bosch did not stand in his way on his route to finish his studies, but the club gave him all the freedom he needed. “I could work on my thesis during the day, and I only had to practice in the evening.Besides that, the company I interned at, called ‘Have a Nice Day’, which is also one of the sponsors of Den Bosch, was also aware of my situation. This all helped me to be able to finish my study.” This does not mean that he had shorter days than most students, as a normal day for him would include class from 8:30 till 14:35. “I would have to go straight through to practice, that would be from 15:45 to 18:00 in Den Bosch.”

The Johan Cruyff Academy is extremely suitable for athletes that compete at a high level. The Academy allows the athletes to miss class if they need to be away with for a game or a tournament. De Pagter used this arrangement a couple of times during his study, as Den Bosch had to play European games several times throughout those years that collided with his exam periods. “I indicated this at my study and they allowed me to make the exams at a different time. This was very convenient for me!”

De Pagter wrote his thesis about the fanengagement and fanloyalty at his previous club Den Bosch, and he was able to apply the same values he found at Den Bosch to the current situation at the NBB. The very first thing he emphasized was that data is the most important thing to attract the attention of sponsors and companies. “I would advise to collect as much data as possible from all the basketball enthusiasts in the Netherlands. If the NBB has 300.000 followers and data from all the basketball fans, it can definitely help with attracting sponsors and companies.” This can be seen as one of the things the Dutch basketball organization (the NBB) needs right now. De Pagter has a positive outlook on the future of the Dutch basketball. The fact the DBL is growing and more teams are wanting to join the league in the upcoming years is a good step. The more teams that join the league, the better it is for the development of Dutch basketball. Furthermore, De Pagter agrees that the Orange Lions are on an upward trend as well. “The Orange Lions is a team with a lot of potential and their achievements and professionalization has increased enormously in the last few years.”

Now that De Pagter is finished studying, for now, he is only focusing on his basketball career with Landstede but he is still making time for the non-profit organization International Sports Alliance (ISA). This is an organization that uses sports as a means to give youth in developing countries a better future. “In the next couple of months, I want to see if I can work part-time in combination with basketball in Zwolle.” Over the Summer, De Pagter changed teams to go and play with Landstede, a team he had not played for before.  He made clear that choosing a new club is done together with an agent. In his case, that is Evert Jan Siderius. “We discuss the interest there is from different basketball clubs together and decide what the best option for me will be.” This time, the best choice for him turned out to be Landstede. They have a well-balanced team, with a strong bench. Furthermore, there are a lot of talented players and players that want to work hard. De Pagter as one of the more experienced players on the team, thinks that the mix of experienced and talented is a good mix. “I try to give them my knowledge of basketball. They can definitely teach me something, as you can always learn new things. My personal goal this season is to take better care of my body. This means more stretching and foamrolling.

Before the season had even begun, he already had high expectations for his new team; “Landstede has been competing for the prizes for years and that will not be any different this season. After the Supercup last Thursday, he was already proven right. They won the game against Donar 69-75. This was the first prize in the history of the club.

Top 5 Tallest players in the NBA