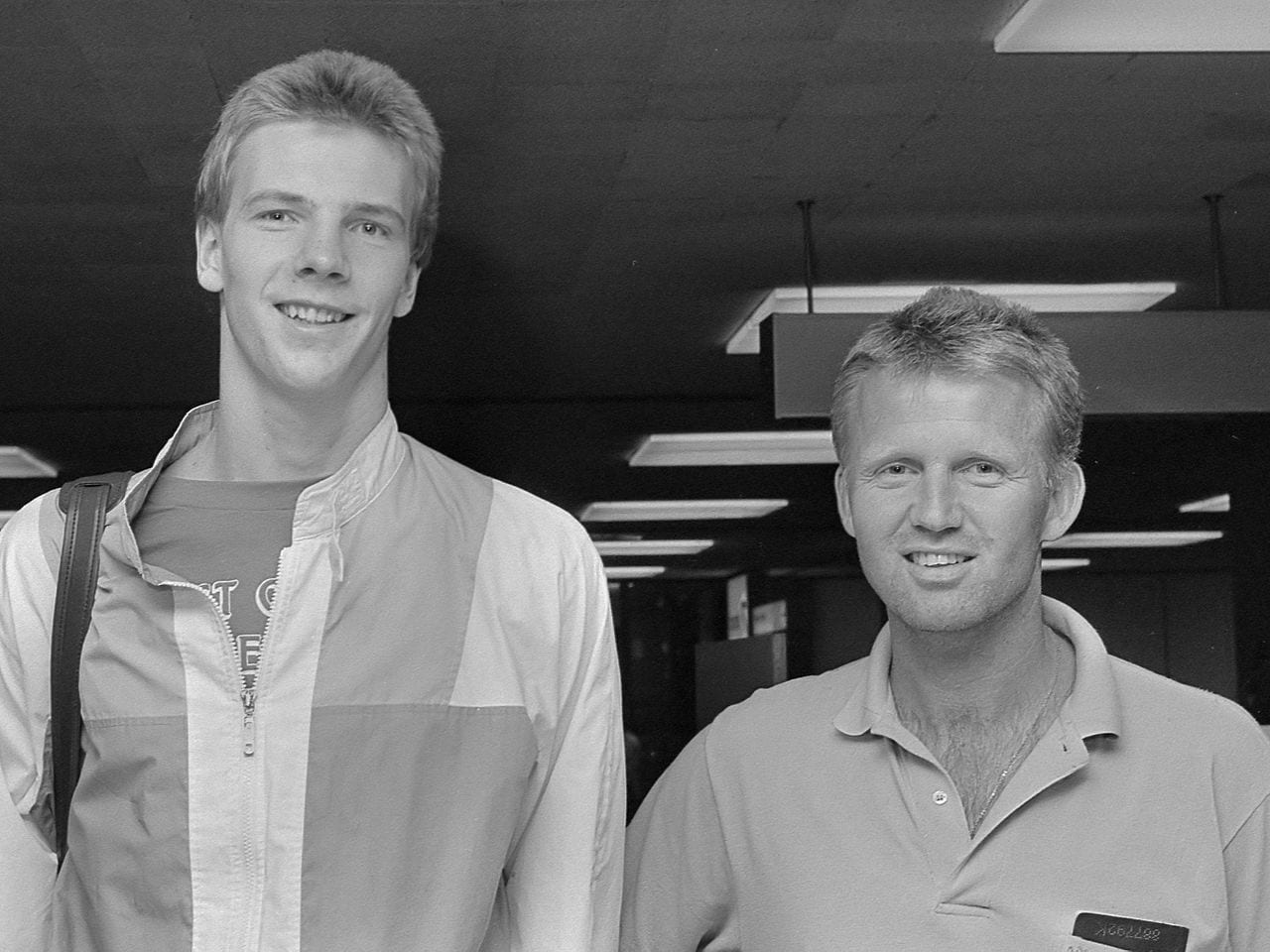 The best basketball player The Netherlands ever had, Rik Smits, recently left the state of Indiana and went to another part of the country. He played 999 games for the Indiana Pacers (1988-2000) and reached the NBA Finals in his last season.

You recently moved to Cave Creek in Arizona. Your house in Indiana is for sale. Won’t you miss Indiana and your beautiful indoor basketball court?

Yes, I’ll miss it but I won’t miss the cold winter and the humid summers. Arizona weather is much more enjoyable

Do you still touch a basketball on occasion?

I still play basketball every now and then although not as much as when I was in Indiana.

Recreational with friends in a league?

I have not found a good league to play in yet in Arizona but I’ll keep looking. When I do play it is pickup ball at the local YMCA.

You left Indiana, probably the hotbed of basketball in the US. Is it possible living in that state and not thinking of basketball every day?

No it’s not, you get reminded every day in one way or another about basketball. You don’t really have that in Arizona.

Will you still be involved in Pacers basketball?

I still follow them and when I’m in Indianapolis I might do an appearance for them but that’s about the extent of it. I recently attended an autograph session with Don Buse and George McGinnes (Indiana Pacers legends from the past). I really enjoy that, it’s fun meeting the fan’s and hearing some of their memories and stories.

You’re still very popular in Indiana. When I checked the internet I saw I could even buy RIK SMITS MENS NBA LEGENDS SOCKS with your photo on it. How did that happen?

I didn’t even know that they were making those. I’m part of the NBA Retired Players Association and they can use my pictures and likeness, they arranged it.

The salary cap has risen enormously the last couple of years. Do you sometimes wake up at night thinking ‘I wish I was a free agent now’.

No not all, I enjoyed my time in the NBA and with the Pacers and have no regrets.

What do you think of the Paul George trade? He was a Pacer and was traded to Oklahoma. Indiana got Domantas Sabonis and Victor Oladipo (former University of Indiana University player) in return.

I was sad to see him go, he has done a lot of good for the Pacers. But it is good the Pacers are rebuilding. I’m excited to see what the future holds for them. Time will tell if they got enough in return.

Your son Derrik is playing at Valparaiso next season as a sophomore. Do you still practice with him?

Whenever I can. I try to teach him my best moves. Lots of things I can pass along from my career. Probably too many to list here. And I’m afraid I can’t beat him one on one anymore.

Do you foresee him playing in the Dutch national team in the near future?

I am not sure; I would love to see it happen someday. Derrik does have a Dutch passport. He’s got a lot of potential. I see him doing a lot of things that I wasn’t doing at his age. He’s definitely got the qualities. He’s got the potential and the talent but his drive needs some work. Once he realizes that he has to work hard at basketball he can be as good as he wants to be.

You saw a lot of games of Derrik last season. Shane Hammink was playing at Valparaiso too. What’s your impression of him?

I like Shane’s game a lot. He’s very versatile and very talented. I would not be surprised if he ended up in the NBA one day. He has NBA potential.

You began serving as a volunteer coach for Zionsville High School when Derrik joined the varsity. Is coaching an ambition or was it just because of Derrik?

I wanted to see if I would like coaching and that was a good opportunity, but I found out it’s not for me.

You made a big donation in 2015 to the Dutch national team. Are you still involved?

I follow them but have no active role. There is a lot of talent there and I like coach Van Helfteren a lot. I think they have the ability to consistently win once they get some more experience playing together as a team. I have not seen them play life, but I get info and see some highlights.

Do you remember your first game in the national team?

I think it was a tournament in Germany with Jong Oranje, but I really don’t remember the games anymore. What I do know is it was all good, the camaraderie, the travel, the games, I loved all of it. Nothing really stands out as a favorite moment.

The disappearing act of the Greek Freak (part 2)