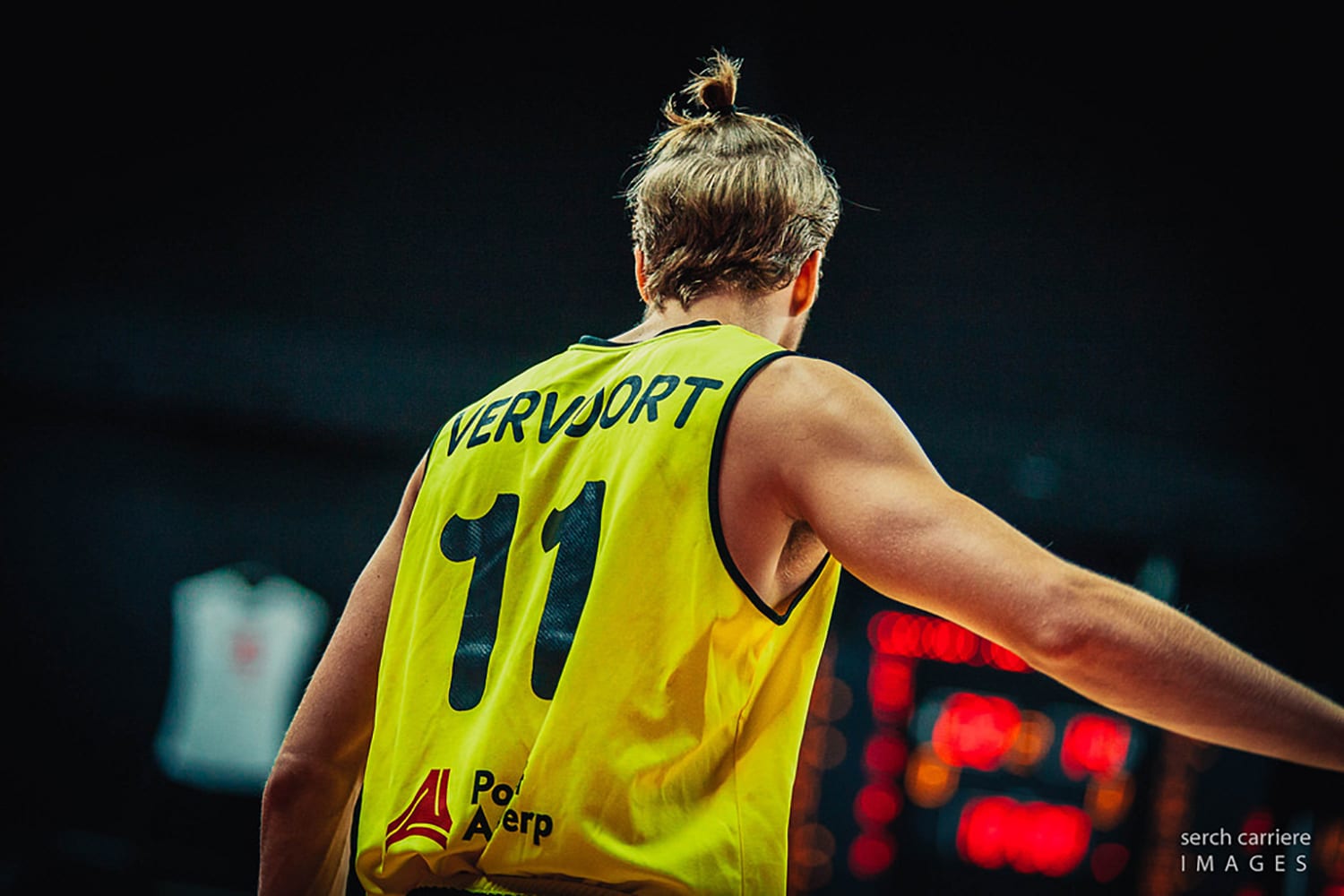 Tonight, the Antwerp Giants will play against Donar Groningen, for the last game in the group phase of the Europe Cup. This game will decide whether Antwerp or Groningen will advance to the second round, as they are both tied on the second place with 8 points. Only the first two teams in the group will advance. The first game in the group was a close game, 78-77, and was won by the Giants. Thibaut Vervoort is one of the players of the Giants that will compete against Groningen this evening.

I started playing basketball when I was seven years old. A good friend of mine that lived in the neighborhood had invited me to join a basketball practice, because his brother was already playing. I enjoyed that first practice a lot, so I kept playing. And I still am.

I have a very good shot, and I am quite tall, and I am very athletic. Furthermore, I play with a lot of energy. If I had to compare my style of play with another player, I would say that I can compare myself with JR Smith.

What do you want to achieve this season?

This season, I have two main goals. First, I want to completely breakthrough in the 2nd national league. Besides that, I want to prove myself in the 1e league and that I can provide a positive spark on the court there. Furthermore, my goal is to reach the finals with the first team and play in the play-offs with the second team.

There are several great Americans playing in your team. What can you learn from them?

The most important thing the Americans can teach me is how I have to approach a game and how you can mentally and physically make a difference in the first league. 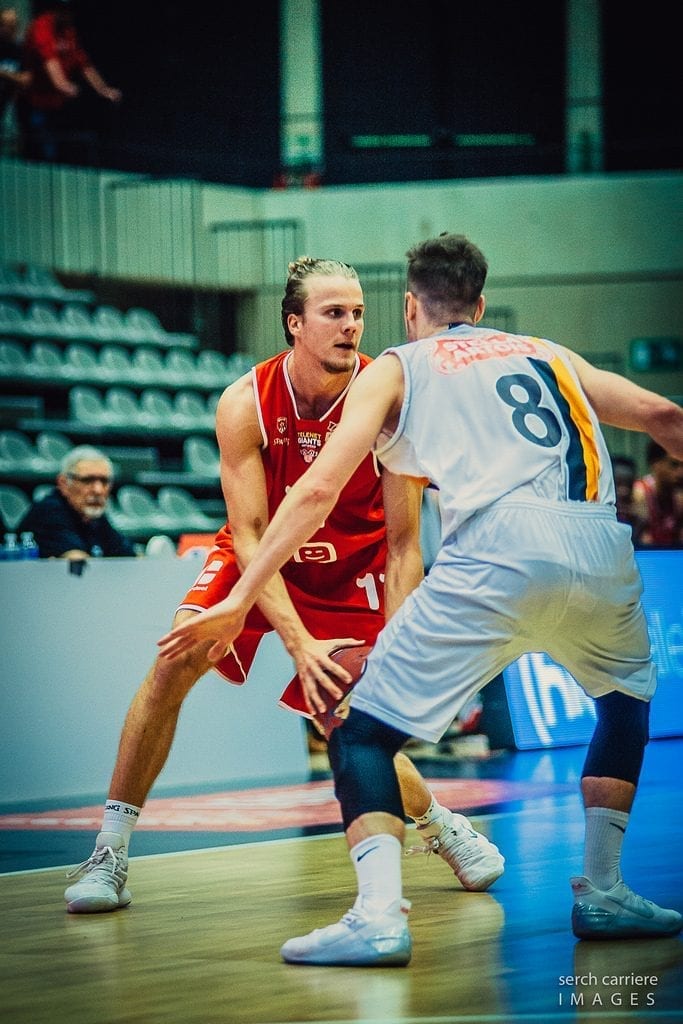 This Summer, Belgium participated in Eurobasket. Did you see them play?

What I remember most is that age does not matter. You have to work hard to achieve your goals. And one of my goals is to get to play for the senior team of the Belgian Lions. I did follow them, but I did not watch all games, as I was busy preparing for the next season.

Do you watch how the guards and forwards on the team play? And do you try to fit that into your own game as well?

I do try and watch the players that play on my position. I mainly look at what their best assets are and how they use them in the game. If I think and see that I can use this in my own game, I definitely will work on that.

You have been a part of several youth Belgium teams. What was that like for you?

National youth selections have always been a huge experience for me. Not only were these moments very important for my growth as a person and a player, but this was also always a good moment to compare yourself with other top talents in Europe.

What is the most important thing you learned?

These experiences have taught me that. even if you are not the best player at a young age, you have everything in your own hands. Furthermore, you have to work hard if you want to change this. During those campaigns with the national team, one of the important things you learn is to be mentally strong and to have confidence. Those are two of the most important elements in basketball. 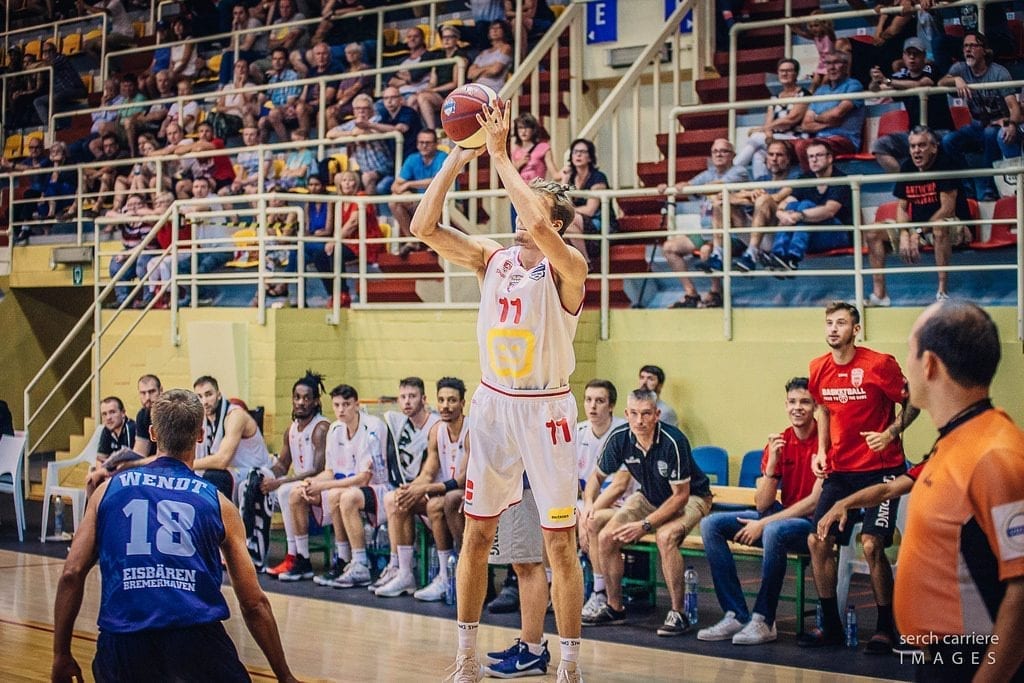 How far will you get in the Europe Cup?

Tonight, we will have to play against Groningen for the second time. The first game was very close, 78-77, in our advantage. If we win against Groningen tonight, we will continue to the next round. If we do, I think that everything is possible. Groningen is a team that has dominated the Dutch league for years. I think that they could easily participate in the first league in Belgium. The other Dutch teams are often a bit weaker.

How would you describe the Belgian basketball culture?

I think that basketball has to be valued a lot higher in Belgium. The talent that players have here, could be more valuable if there are more investments made into basketball in Belgium.

Can you describe a day with the Giants?

Giants is a very professional club. We practice twice a day. That includes individual training, such as fitness and shooting drills, and 5 against 5 practice. Next to practicing is resting and eating the most important thing to prepare yourself as good as possible for the amount of games we play.

You are a good shooter. Where in Belgium are the best baskets for a shooter?

I think that all teams in the first league have good basketball rings. I prefer the rings in Leuven myself, because I have trained there a lot in the past.

How do you become a good shooter?

You can definitely have the talent to be a good shooter. But the most important thing is repetition, repetition and even more repetition. Besides that, confidence is also extremely important for a shooter.

How would you describe your clothing style?

I like to wear special clothes that are longer. I would describe it as a kind of street style.

Who is your style icon?

What is your favorite clothing item?

My favorite clothing item has to be the shoes. I like to wear Jordan’s, Nike’s, Fillingpieces, Yeezy’s and Adidas.

What are your favorite basketball shoes?